SEAN: July begins with, as you may be used to by now, a pile of manga. Let’s take a look. 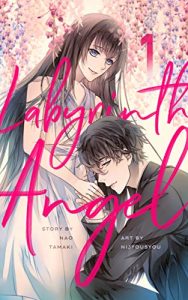 Cross Infinite World has another novel debut with Labyrinth Angel, a supernatural thriller with a psychic woman and her butler assassin.

ASH: I do have a soft spot for butler assassins…

SEAN: There’s no Seven Seas next week, oddly enough, but we have two Ghost Ship titles. To-Love-Ru Darkness 11 and Yuuna and the Haunted Hot Springs 6 are both out.

J-Novel Club debuts a one-shot yuri novel, Side-by-Side Dreamers. Like JK Haru, this is from Hayakawa, a publisher known more for their science fiction than their light novels. An insomniac and a girl who can influence dreams battle against outside forces trying to destroy everyone’s sleep.

ASH: That’s a great premise. I hope this one is eventually released in print!

Kodansha has only one print title out next week, the 7th Grand Blue Dreaming.

Digitally, they have My Sweet Girl 4, Our Precious Conversations 3, Perfect World 9, and The Tale of Genji: Dreams at Dawn 5.

MICHELLE: I keep meaning to check out Our Precious Conversations, as it’s by Robico, whose My Little Monster I enjoyed.

SEAN: Now we drop all the way from K to V, with Vertical’s 13th Mobile Suit Gundam Wing. 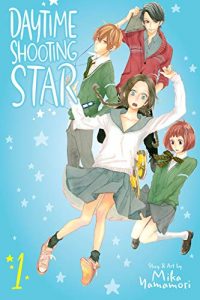 There’s plenty of Viz, though – in fact it’s the bulk of the list. Debuting is Daytime Shooting Star (Hirunaka no Ryuusei), a Margaret title! Yes, regular Margaret, not Betsuma – a rarity for Western licenses. Country girl moves to the city, and finds the hot guy who she met the other day is her homeroom teacher. Student/teacher romance is not normally my thing, but I’m still gonna check it out.

MICHELLE: I unfailingly love Margaret titles, so despite the student/teacher aspect, I will also be reading this one.

ANNA: Me too, psyched for anything Margaret.

MICHELLE: Lots of good stuff in this list! I especially vote for Snow White with the Red Hair, the first volume of which was a lot of fun and had seriously likeable leads.

ANNA: This is a good week for me. Also excited for Snow White with the Red Hair and Water Dragon’s Bride.

ASH: Hooray for Haikyu!!, too!

SEAN: Lastly, a couple of Yen titles got pushed back a bit. Bungo Stray Dogs gets its first novel, a prequel taking place two years before the manga. And we also get the 11th and final Alice in Murderland, which means that we are once again in an odd, Kaori Yuki-less time period in our lives.

There’s plenty in this list to interest everyone. What about you?