SEAN: It’s the last big push before Christmas. What’s out next week for last-minute gifts?

Denpa has two new titles. Futurelog is a Renge Murata artbook, and looks AMAZING. (I saw it at AnimeNYC). It’s the character designer behind Last Exile and Blue Submarine No. 6, among other things. 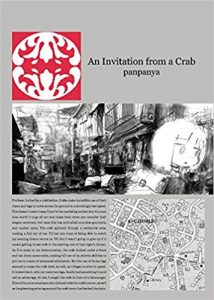 And for those who like more ‘artsy’ manga, there is Invitation from a Crab, a one-volume collection of stories that ran in Hakusensha’s Rakuen Le Paradis.

ASH: I’m really looking forward to this one!

MICHELLE: For the antithesis of ‘artsy.’

SEAN: Haikasoru has the 8th volume of Legend of the Galactic Heroes, which I believe will be the opposite of a laugh riot.

J-Novel Club has the 3rd Archdemon’s Dilemma: How to Love Your Elf Bride, the 12th Grimgar of Fantasy and Ash, and the 8th The Magic in This Other World Is Too Far Behind!, the last of which is now caught up to Japan, I believe.

ASH: So not too far behind, then.

SEAN: Kodansha has, I believe, the Battle Angel Alita box set and Mars Chronicle 5, unless they’ve been pushed back again.

MICHELLE: *snerk* Yep, there are three titles there that I’m following avidly, plus Elegant Yokai Apartment Life, which I intend to read sometime soon. I started the anime and it’s quite charming.

SEAN: One Peace gives us a lucky 13th volume of The Rising of the Shield Hero.

Seven Seas has a 4th volume of Arifureta’s novel in print. There’s also the 16th Haganai: I Don’t Have Many Friends, a 14th Monster Musume, an 8th Mushoku Tensei manga, and the 14th My Monster Secret 14.

Vertical has its 2nd After the Rain volume.

MICHELLE: Woot. This is also on my short list. 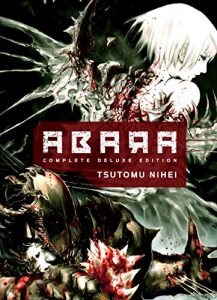 SEAN: Viz debuts Abara in one complete deluxe edition. This is by the creator of BLAME! and Knights of Sidonia, and ran in Viz’s Ultra Jump. Expect sci-fi weirdness.

MICHELLE: Ooh! This wasn’t on my radar at all.

SEAN: Viz also gives us the 2nd volume of the 20th Century Boys Perfect Edition and the 8th Tokyo Ghoul: re.

Lastly, Yen On has a bunch of light novels that didn’t come out this week for some reason. Coming to a close, we have the 8th and final volume of Kagerou Daze (though the story continues in the manga… and then the anime… trust me, it makes sense in context) and the 3rd and possibly final volume of Reborn as a Vending Machine, I Now Wander the Dungeon. There’s also Accel World 16, Baccano! 9, The Irregular at Magic High School 10, and Sword Art Online 15.

Is Osamu Tezuka in your chimney? I hope not. That would be weird. What are you getting?

ASH: … that would be weird.