SEAN: Neither rain nor snow not gloom of night can stay Manga Bookshelf from looking at next weeks’ releases.

We start off with J-Novel Club, who have three new novels. An Archdemon’s Dilemma 2, Grimgar of Fantasy and Ash 11 (In which I hear things are all sunshine and rainbows forever), and I Saved Too Many Girls and Caused the Apocalypse 10, where our hero tries to deal with the world of theater. 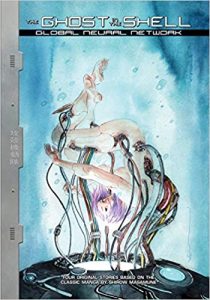 Kodansha print? There’s Ghost in the Shell: Global Neural Network, with stories by Western writers based on the Japanese classic.

ASH: I really liked the Attack on Titan anthology, so I’m looking forward to this volume!

SEAN: Elsewhere in print, we have the Attack on Titan Season 3 Part 1 box set, Battle Angel Alita Deluxe Edition 5, Fire Force 12,and That Time I Got Reincarnated as a Slime 8, which everyone seems to like more than I do.

The digital debut this week is Tokyo Revengers. Its plot… sounds like Erased, only edgier and more Weekly Shonen Magazine oriented, to be honest.

ASH: I do get a kick out of it, but I’m even more interested in the Battle Angel Alita finale.

SEAN: One Peace debuts The Reprise of the Spear Hero, a light novel spinoff of The Rising of the Shield Hero, which seems to be Re: Zero only with no actual deconstruction. 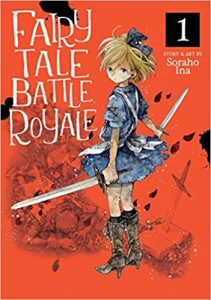 Seven Seas has a debut. It’s Fairy Tale Battle Royale (Otogibanashi Battle Royale), combining beloved children’s stories with blood-spattered survival horror. If ever there was an anti-Sean title, this is it. All it’s missing is “whoops, I spilled milk all over my face!”. It’s a Kadokawa title from Gene Pixiv.

There’s also an omnibus release of the first 3 Boogiepop novels.

ASH: I’m so happy to see these back in print!

SEAN: Ongoing series include 2nd volumes for How NOT to Summon a Demon Lord’s manga version, as well as twisted weirdness with The Voynich Hotel. There’s also a 3rd volume of the Kanna’s Daily Life spinoff from Miss Kobayashi’s Dragon Maid.

ASH: I still need to read the first volume of The Voynich Hotel. It seems like something I would appreciate.

ANNA: Oh yeah I was meaning to check it out too.

SEAN: Udon gives us an 8th volume of Persona 4. 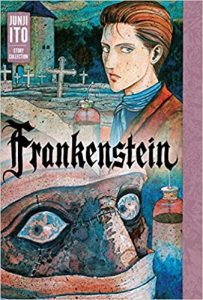 Viz debuts a Junji Ito collection, this one featuring Frankenstein, among other things. A must for horror manga fans.

SEAN: If you never read Tokyo Ghoul, there’s now a complete box set of the first series. And there’s also a 7th volume of Tokyo Ghoul: re.

Lastly, there’s a 3rd Dead Dead Demon’s Dededededestruction and a 4th Fire Punch. I prefer the former to the latter.

ANNA: Also need to catch up with the former.

SEAN: Assuming you’re not affected by weather, what are you getting next week?