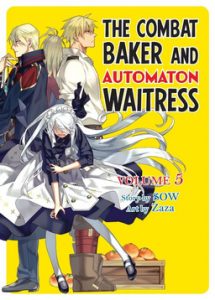 But let’s start with light novels, as Bookwalker has a 5th volume of The Combat Baker and Automaton Waitress.

Dark Horse has the 3rd and final RG Veda omnibus, after much delay.

MICHELLE: I actually forgot this was even coming out.

SEAN: J-Novel Club’s debut is An Archdemon’s Dilemma: How to Love Your Elf Bride (yes, they sensibly changed the title after they first announced it), which is apparently cute and adorable.

There’s also new volumes of Grimgar of Fantasy and Ash (10), I Saved Too Many Girls and Caused the Apocalypse (9), and The Magic in This Other World Is Too Far Behind! (5). J-Novel cornering the market in long light novel titles.

Kodansha. A whole lot. Starting with print, we have an 11th Fire Force, an 8th In/Spectre (always a favorite of mine) and the 3rd Toppu GP (in which instead of a harem it’s just bikes.) 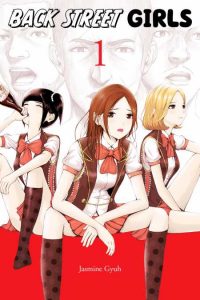 Kodansha’s digital debut is Back Street Girls, which I have to admit has one of the more “…what, really?” premises out there. Three yakuza guys who’ve failed one too many times are punished by… getting sex reassignment surgery and becoming an idol group. I admit I’m curious, but let’s face it: it’s morbid curiosity.

ASH: Dubious morbid curiosity about sums it up for me, too. (Also, I had completely forgotten about this license.)

SEAN: But there’s plenty of other digital volumes out next week. Aoba-kun’s Confessions 7, Boarding School Juliet 4, Drowning Love 10, Kamikamikaeshi 3, Kasane 13, Lovesick Ellie 6, Those Summer Days 3, and Tokyo Alice 2. Tokyo Alice interests me most in that stack.

MICHELLE: I’m definitely down for Tokyo Alice, and the covers for Those Summer Days make me think I’ll like it as well, but mostly I’m happy for more Lovesick Ellie.

SEAN: One Peace has the 12th The Rising of the Shield Hero light novel. 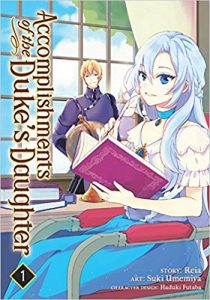 Seven Seas has a debut with Accomplishments of a Duke’s Daughter (Koushaku Reijou no Tashinami). Based on a sadly unlicensed light novel, it’s part of a rising trend of isekai books where a young girl is reincarnated into a fantasy world… as the villain. And she’s about to get the “bad end”. What is she to do? This runs in Young Ace Up.

ASH: It does seem to be a fresher take on isekai than some others we’ve seen.

SEAN: And there is a 5th Bloom Into You, and a 5th Species Domain.

SuBLime gives us a 4th volume of A Strange and Mystifying Story. Honestly, after four volumes it should be less mystifying.

ASH: This is the first newly translated volume, too!

MICHELLE: *snerk* They did switch up the main couple in volume three, so as to keep the mystification going, one assumes.

SEAN: Vertical has a 4th omnibus of deeply strange Arakawa Under the Bridge. 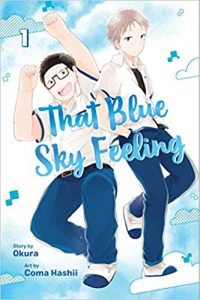 Viz has a debut this week with That Blue-Sky Feeling (Sorairo Flutter), a Gangan Joker series about a new transfer student who hears a rumor that his classmate is gay. I’ve heard very good things about this one.

MICHELLE: I flipped through a review copy the other day and it looks pretty great. Looking forward to getting around to reading it.

SEAN: Viz also gives us the 2nd hardcover collection of Fullmetal Alchemist, the 31st Magi, and the 2nd Sleepy Princess in the Demon Castle.

ASH: The first volume of Sleepy Princess in the Demon Castle was delightful. I’m looking forward to reading more.

ANNA: It was uncomplicated fun.

SEAN: Who won? Who lost? You decide!