SEAN: The frost is on the pumpkin and nothing’s stopping the manga.

From this week, solicited too late for last week’s list, Kodansha Digital have PTSD Radio, a horror anthology that looks creepy. There may also have been one or two ongoing series I missed – I’m starting to get jaded. Give me more lag time! 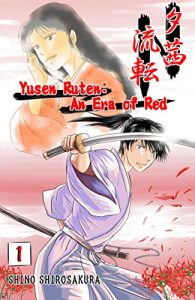 For next week, Cross Infinite World has another light novel debut, as they bring us Yusen Ruten: An Era of Red. I sadly know little about it.

Dark Horse has a 4th Blade of the Immortal omnibus.

ASH: Blade of the Immortal was one of my very first manga series; I’m glad that Dark Horse has found a way to keep it in print.

In new digital titles, we get a sixth Ace of the Diamond, a 6th Real Girl, and most importantly, a 6th The Full-Time Wife Escapist.

ANNA: I need to get caught up on Full-Time Wife Escapist! Such a fun and quirky series.

MICHELLE: Yay! I was starting to get Full-Time Wife Escapist withdrawal.

SEAN: There’s also a 4th Descending Stories, which may finally end its flashback.

ASH: Planning on picking this one up!

SEAN: And Ghost in the Shell README: 1995-2017, a hardcover detailing the history of the franchise.

Seven Seas has a 4th Dreamin’ Sun, and a 7th Testament of Sister New Devil. Don’t get them mixed up. 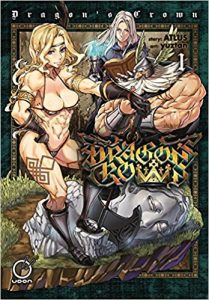 SEAN: Udon debuts Dragon’s Crown, based on a game and running in Kadokawa’s Comptiq magazine. If you’ve seen the fantasy RPG manga that have been commonplace lately, you’ve seen this.

Viz has a lot, though 3 titles got delayed due to a warehouse fire. Look for them at the end of the month. So we start with Black Clover, which I enjoy despite its anti-originality.

ASH: Maybe I’ll finally give Black Clover a try while I wait a few weeks for my dose of Shojo Beat titles to arrive.

SEAN: Bleach 3-in-1 reaches Vol. 21. Will it catch up with the main series before it ends?

MICHELLE: Who could imagine?

ANNA: Another series I am criminally far behind on.

ASH: I’ve already read Stardust Crusaders, but the new hardcover release is so nice I can’t help but double-dip. 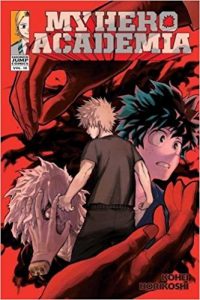 SEAN: My Hero Academia hits Vol. 10, and should begin speeding up in the spring due to increased demand.

We are ALMOST done with Nisekoi, as its 24th volume tries to play up the “which one will he choose” one last time, even though it’s obvious.

One Piece 84 may be a very tasty volume! If nothing else, it will make you want sweets.

Seraph of the End hits lucky 13!

SEAN: Toriko is nearly done, but not quite, even as it gets to the big 4-0.

And everyone loves Yu-Gi-Oh! omnibuses. Here’s the 12th.

Erased is in omnibus format, meaning I’m further behind than I thought. Here’s the 3rd omnibus.

ASH: The last volume was gripping; I’m looking forward to seeing where the story goes.

SEAN: And a 4th Murcielago should appeal to Maria-sama Ga Miteru fans, so I hear… provided they’re also into gore and twisted unlikeable people.

ASH: That sounds about right.

SEAN: Prison School has an 8th omnibus out. Ash, you still reading this? 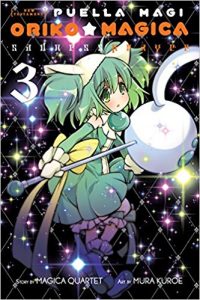 SEAN: Puella Magica Oriko Magica has a 3rd Sadness Prayer, and… they must be running out of spinoffs soon, right?

Scum’s Wish 5 will make me feel filthy and awful, and I can’t wait.

MICHELLE: I have fallen a few volumes behind on this, but I worry a marathon might cause an overdose of sordid.

And we’re up to the 8th Taboo Tattoo.

Lastly, there’s a 4th Twinkle Stars omnibus. I seem to recall the series had an odd number of volumes. Where will it end?

ASH: I need to catch up, but I really enjoyed the first two omnibuses.

SEAN: And so another huge week comes to a close. Do you know where your manga is?