SEAN: Next week is October! Are you ready for your pumpkin-spiced manga? 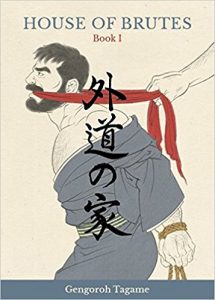 Technically I’ve no idea when in October this will be out, but Bruno Gmuender has listed House of Brutes 1 on Amazon for ‘Oct 2017’, so let’s stick it here. If you like burly gay men getting tied up, you’ll love this.

ASH: The publisher declared bankruptcy earlier this year, so some of the releases are up in the air or have been moved around in the schedule. But should this actually exist, I’ll definitely be picking it up.

SEAN: We’ve seen a lot of male power fantasies this year, but Arifureta: From Commonplace to World’s Strongest may be the most iconic. The 3rd light novel arrives from J-Novel Club next week.

We also get the 3rd Bluesteel Blasphemer novel, from the creator of Outbreak Company, which J-Novel Club just licensed.

And our monthly dose of Invaders of the Rokujouma!?, Vol. 7 this time.

ASH: There really is pumpkin manga for October! 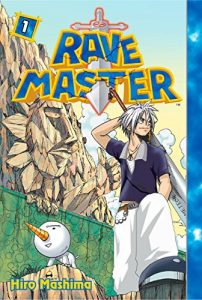 SEAN: Speaking of license rescues, they also are releasing ALL of Rave Master digitally next week. I assume these are the Tokyopop editions with the serial numbers filed off, but it’s nice to see them available again.

As for newer digital titles, we have a 5th Ace of the Diamond and a 7th Domestic Girlfriend. No print for Kodansha next week!

MICHELLE: Yay for Ace of the Diamond!

SEAN: Seven Seas has a 6th volume of revenge comedy Masamune-kun’s Revenge, although “revenge angst” might be more appropriate at this point.

And a 2nd Tales of Zestiria, which I think I may have mentioned in a prior post – did its date slip?

Vertical, Inc. has the Anime Supremacy! novel, which I know nothing about but looks pretty cool.

ASH: I’ve heard it described as a prose version of the Shirobako anime, which I know has more than a few fans.

SEAN: And also the 9th Devil’s Line from Vertical Comics.

Viz has a pile of titles, as always. The 6th 7th Garden seems numerically off somehow. 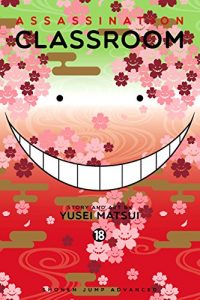 Assassination Classroom 18 features that most popular holiday, Valentine’s Day! Will anyone hook up?

ASH: I’ve fallen a little behind in the series; it’s probably about time I catch up!

ANNA: I enjoy it a lot. It surprises me sometimes!

Haikyu!! is at sweet sixteen – will it still be popular now that we have a woman’s volleyball title as well? (Hint: yes.)

MICHELLE: There’s definitely room in my heart for both of them.

ANNA: One day I will wrestle the volumes of this series away from my kids and get caught up.

SEAN: We have a lot of final volumes next week, starting with the 8th and final Honey So Sweet!. My guess is it will live up to its name as always.

ANNA: Aww, I think Shojo Beat needs another super cute series to fill the void left by Honey So Sweet and My Love Story!!. 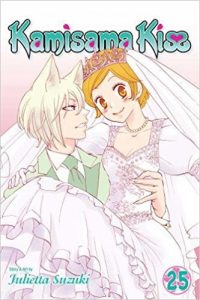 SEAN: Kamisama Kiss comes to an end with its 25th and final volume. There’s also a limited edition with extra content – you may want to get that.

MICHELLE: So many shoujo conclusions recently!

ANNA: Glad it is getting a nice sendoff with a special edition.

SEAN: Back to series not ending anytime soon, Kuroko’s Basketball’s 8th 2-in-1 shows the end of the big game – well, the big game of the moment.

MICHELLE: Woot. I still haven’t read the seventh omnibus, so I will have fun tackling four volumes’ worth of sportsy goodness at once.

ANNA: Will Kuroko be invisible AGAIN!? 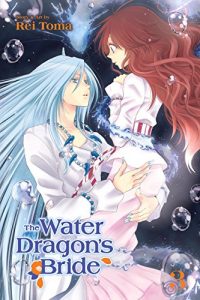 The Water Dragon’s Bride as a 3rd volume.

MICHELLE: This series has grown on me—not surprising since I really liked Dawn of the Arcana—and I find I’m looking forward to volume three quite a bit.

ANNA: I love this series. Everyone should be reading this!

SEAN: And we have a 17th World Trigger, which hopefully will resume in Japan soon.

Lastly, there’s an 8th Yona of the Dawn, always guaranteed to put a smile on the face of the Manga Bookshelf crowd.

MICHELLE: The closest thing to Basara coming out currently, I will always be on board for this.

SEAN: So what’s your preferred title?