SEAN: There’s a pile. Let’s get down to it, boppers.

SEAN: Dark Horse starts us off with the third Blade of the Immortal omnibus.

J-Novel Club has the 2nd Bluesteel Blasphemer on tap. 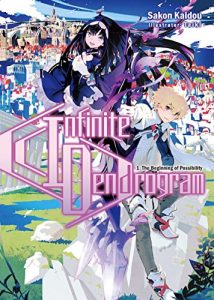 They also have a debut, Infinite Dendrogram. It’s got many elements common to recent light novel series – a new VRMMO that may blur the line between reality and game – but I am assured it is quite good, so we shall see.

Kodansha is still rescuing some Del Rey stuff, with the 15th Yozakura Quartet and the 20th School Rumble.

In new digital licenses, they have the 4th Domestic Girlfriend, and the 4th Full-Time Wife Escapist. Excited for the latter.

ANNA: I need to get caught up on Full-Time Wife Escapist! I enjoyed the first couple volumes.

SEAN: They also snuck in some new licenses too late for me to mention them last week, so these are already out. I have failed you again. Sorry. Hotaru’s Way (Hotaru no Hikari) is the most famous of the three licenses, a josei series from Kiss that’s been made into some live-action series. It’s the ever-popular “falling in love with my boss” genre.

MICHELLE: That’s not my favorite josei genre, but I’ll give it a look.

SEAN: Sneaking in a print release here, as the 5th Interview with Monster Girls ships next week. 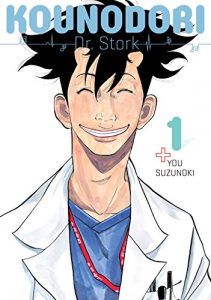 Back to this week’s digital debuts (damn my penchant for alphabetical order), Kounodori: Dr. Stork is a long-running seinen title from Evening Magazine, involving an obstetrician/pianist. It sounds very seinen.

ASH: Huh. I had missed the pianist angle.

SEAN: Love’s Reach (Kinkyori Renai) is an older shoujo series that ran in Betsufure, and has a teacher/student romance to go along with the earlier boss/employee romance.

SEAN: And now we’re back to next week proper, as there’s a 21st Seven Deadly Sins.

MICHELLE: I enjoyed volume one a lot!

ASH: I actually just got around to reading the first volume. I rather liked the quirky cast of characters.

SEAN: And a 2nd volume of supernatural thriller Ghost Diary.

ASH: It seemed very derivative, but enjoyed the first volume more than I expected. (Except for one character’s super-annoying verbal affectation…)

SEAN: And I suppose we must mention the 3rd volume of yuri sleaze NTR – Netsuzou Trap. Now with anime adaptation. 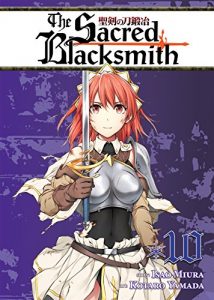 They also finish a series next week, as The Sacred Blacksmith ends with its 10th volume.

SuBLime has a 7th volume of The World’s Greatest First Love.

And Udon rolls out a 5th volume of Persona 3.

Vertical gives us a 5th volume of Immortal Hounds (lot of Vol. 5s next week).

They also have a new Legendary Edition of The Legend of Zelda, this one covering the Four Swords story.

ASH: The Legendary Edition of the series is really nice!

Beat the heat with manga! What are you reading next week?