MICHELLE: I am having Count Floyd feels.

SEAN: Kodansha brings us the 9th volume of Genshiken 2nd Season, which may have a new cast but has ended up being about Madarame’s love life. 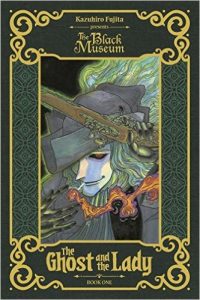 SEAN: Kazuhiro Fujita, best known over here for the unlicensed yet very popular Ushio and Tora, has a new hardcover horror volume out, part of a series subtitled “The Black Museum” that runs in Morning. This one is called The Ghost And The Lady, and features Florence Nightingale. It sounds amazing.

SEAN: Kodansha also has a 7th volume of Kiss Him, Not Me!, which I hope is stocked next to The Ghost and the Lady at all good bookstores, just for the humor value.

Speaking of new works by authors best known for something else, Nekogahara: Stray Cat Samurai is from the creator of Shaman King, and has… well, cat samurai. Be warned: this is not your Chi sort of cat book – it runs in Shonen Magazine Edge (I assume because the works are edgy).

ANNA: I have a similar reaction as Michelle.

SEAN: And a 17th volume of breakout hit Noragami.

SEAN: Seven Seas also has a bunch of stuff. The 4th volume of spinoff A Certain Scientific Accelerator continues to be action oriented, much to the annoyance of Last Order.

A new Freezing omnibus, Vols. 11-12, will please anyone who likes breasts. 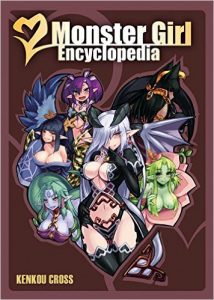 Speaking of such readers, the big release this week is Monster Girl Encyclopedia, which is apparently a lavishly illustrated guide to various types of monster girls. It’s a hardcover, so they’re really pushing this. I also hear that it’s possibly the most fanservicey title they’ve ever released.

ASH: That’s impressive in and of itself.

SEAN: And another omnibus, with manwha release Witch Hunter getting Vols. 17 and 18.

Vertical has a 2nd volume of Immortal Hounds.

Time for Yen. First of all, we have the digital-only releases: Aoharu x Machinegun 6, Black Detective 6, Saki 6, and Corpse Princess… 7. Sure, ruin my numerology, why don’t you.

And the fourth volume of Sword Art Online: Progressive has Argo on its cover, which automatically makes it a must-read.

As for Yen’s print manga, we get an eighth Akame Ga KILL!

Did I say Aoharu x Machinegun was digital-only? Never mind. Like Handa-kun, it did well enough to get a print release, with Volume 1 shipping next week.

The Asterisk War has a 2nd manga release. I quite like the book’s cliched but breezy story.

We’ve caught up with Barakamon, so it’s been a while since the last volume. I’ve missed it. Here’s Vol. 12.

MICHELLE: I have every intention of getting caught up on Barakamon. Intentions, but not time, alas. 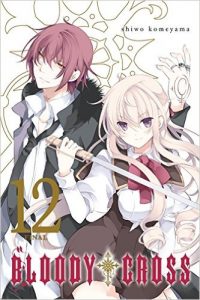 SEAN: Bloody Cross comes to an end with its 12th and final volume.

A Certain Magical Index has its 7th manga volume, which I think starts to adapt the 6th novel.

And The Devil Is A Part-Timer! has its 7th manga volume, which is still adapting the 3rd novel, because it didn’t skip entire books like Index’s manga did.

And if you like cuter and fluffier, there’s a 5th volume of the High School!! spinoff.

Fruits Basket has a 6th omnibus, as Akito helpfully allows Tohru to gain resolve to stop the curse by being completely terrible.

I’d mentioned Handa-kun before, and we get a 4th print volume here.

MICHELLE: Yay for Furuba and Horimiya!

I was lukewarm to the first Liselotte & Witch’s Forest, but a 2nd volume should help firm up which direction it’s going.

MICHELLE: I found it reasonably intriguing, but definitely the second volume is going to be key. I’m looking forward to it a lot.

ANNA: Surprisingly I haven’t read this yet, but I plan to.

MORE manga adaptations of light novels! This time the 2nd Re: Zero manga. 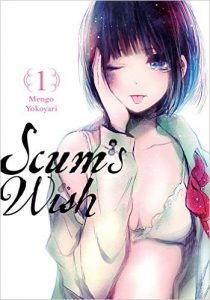 It’s rare we see seinen romance manga in North America, let alone by a female author. But Scum’s Wish is still about tortured high schoolers and hopeless crushes, have no fear. It runs in Big Gangan, and has been on the Crunchyroll app as well.

Taboo Tattoo gets a 4th volume, so it can’t be all THAT taboo.

Another manga gets out of digital only land, as we see the first volume of Today’s Cerberus. This is a Shonen Gangan series, has supernatural elements, and leans very much towards the comedy end of things. Not quite Another Monster Girl Series, but close as dammit.

Just because monster girls are the next big genre doesn’t mean we’re not getting more survival game as well. I know little about Tohyo Game except it runs in Big Gangan, and is an omnibus of the first 2 volumes.

Are you being tricked? Or is all this manga a treat?