SEAN: For a 2nd week of the month, there sure is a lot of stuff coming out. What have we got here?

Dark horse has a 6th and final volume of the Oreimo spinoff Kuroneko. Is it a slightly less incestuous ending? (Actually, I think, unlike many harem spinoffs, it’s not an AU at all.) 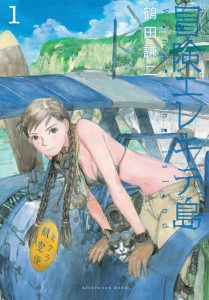 If you recall Spirit of Wonder coming out from Dark Horse, a) you are very very old, and b) you will be delighted with the release of Wandering Island by the same author.

ASH: I missed out on Spirit of Wonder, but I’m looking forward to giving this series a try.

SEAN: Fairy Tail Zero from Kodansha is, as the title might suggest, a prequel focusing on Fairy Tail’s founder, Mavis.

Forget Me Not has a 3rd volume. Note this isn’t the Forget Me Not which the author of Wandering Island wrote back in the 1990s.

ASH: Ha! I hadn’t made that non-connection yet.

SEAN: And The Seven Deadly Sins gives us Vol. 15, and has surely run out of sins by now, just as I have run out of jokes to use about this title.

Seven Seas has an 8th volume of Magical Girl Apocalypse, because grim and gritty refuses to go away no matter how many wishes I use.

And the Monster Musume spinoff I Heart Monster Girls gives you some 4-koma gag monsters.

Pandora in the Crimson Shell’s 5th volume has less Excel Saga knockoffs, but does have a fair amount of exciting action, and of course the awful service is there too. 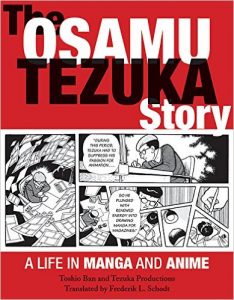 The big release this week is The Osamu Tezuka Story, a biography from Stone Bridge Press that is over 900 pages (and print only, so I will let someone else read it – Ash, I suspect).

ASH: Yup! It might take me a while to get through, though. My copy just arrived, and it is ENORMOUS.

SEAN: SubLime has the 2nd and final volume of Midnight Stranger, who is no doubt friends with the Midnight Cowboy and Midnight Rambler.

ASH: The first volume of Midnight Stranger was, well, strange, but the clueless goat spirit was rather endearing.

Ranma 1/2’s 15th omnibus volume has the introduction of my favorite Ranma character. I am alone in this, and have been since 1996, but I don’t care. It’s been 20 years, I won’t back down now.

ASH: I’m still glad this series is getting a re-release.

SEAN: Lastly, Rin-Ne has a 21st volume. My guess is that ghosts will feature in some way. Also, Rinne will be poor. And Sakura will continue to not have any emotions at all.

What’s your wallet paying for?

MICHELLE: Nothing this time, actually.

ANNA: My wallet is paying for nothing! It is a good thing so much great manga came out in the previous week!