SEAN: I’m still not quite used to the sheer volume of STUFF that comes out the 4th week of the month these days. This is not helped this month by Kodansha joining Yen in the ‘let’s just release everything’ category.

MICHELLE: Holy cow, this is a huge week!

ASH: It really is! 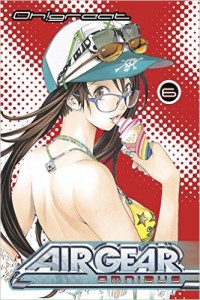 SEAN: Air Gear has not been around in a long while, but we finally see a 6th omnibus next week.

The devil continues to survive somehow with a third volume of Devil Survivor.

And there’s a third volume of the bizarre SF series Inuyashiki.

Also getting a third volume is shoujo potboiler L♥DK.

Noragami continues its sped up release schedule with Vol. 11.

ASH: The speed up means I’m falling further behind! (Whoops.)

A new Persona spinoff from Kodansha, Persona Q: Shadow of the Labyrinth, Side P3. Volume 1. We’ll see the P4 side next month.

ASH: Lots of Persona and other Shin Megami Tensei manga (like Devil Survivor) coming out this year. Should make fans happy!

SEAN: Say “I Love You” is spinning off new characters and plots after getting its couple together, a sure sign of a popular series. Here’s Vol. 12.

MICHELLE: Usually this stage in a shoujo series bugs me, but I don’t want to see this one end, so I shall accept it.

ANNA: I am now so far behind on this series, but I did like the first four volumes so much.

ASH: I’m a few volumes behind myself, but I have been enjoying the series.

MELINDA: I’m always up for more of this, so I’m happy to spend more time with the supporting characters.

Turning to Seven Seas, we find the debut of a new seinen series, Tomodachi x Monster, from Futabasha’s Manga Action. I don’t have much info on this, but it seems more Kitaro than Monster Musume.

ASH: I believe the first volume was originally scheduled to be published last year, but there was a bit of a delay. 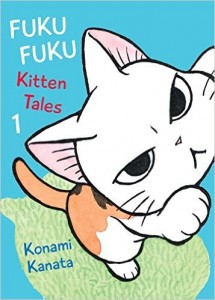 SEAN: Vertical has a series that I know will please the Manga Bookshelf team: the debut of Fuku Fuku: Kitten Tales. This is by the Chi’s Sweet Home author, part of a series she’s done on and off since the 1980s.

ASH: Looking forward to this one!

SEAN: The rest is all Yen Press. Let’s start with the digital roundup, as we have new volumes of Aoharu x Machinegun, Black Detective, Corpse Princess, and Unknown. The one of interest to the MB group, though, is the 2nd volume of Saki.

MELINDA: Yes, yes, so much yes.

SEAN: On the Yen On front, there’s The Boy and the Beast, which is getting the novel and the manga released the same day. I’m not sure if it’s based on the movie or vice versa.

And a 6th A Certain Magical Index, featuring a heavy dose of the title character for once. If you missed the previous volumes, Yen is also releasing novels 1-6 digitally next week, and it will also have digital editions in the future.

On to Yen’s manga releases themselves. Aldnoah Zero Season One has a 2nd volume.

Ani-Imo hits Volume 6, and I believe the siblings may be switched back by now?

Are You Alice’s 11th volume is the 2nd to last, so I think they may finally answer the titular question.

Barakamon has a 9th volume of peaceful island life and calligraphy.

MICHELLE: I am going to try to get caught up on this soon.

SEAN: And there’s a 7th omnibus of Blood Lad, a series I always find myself enjoying.

MICHELLE: Yay. I need more Mamejirou in my life.

BTOOOM! has reached lucky Vol. 13, and shows no signs of ending anytime soon.

Demonizer Zilch is a new Yen Press series that runs in Dragon Age, which automatically makes me wary. It features a young man who finds he has amazing powers and is caught up in a war between demons and men. Didn’t I read that fanfic?

Speaking of manga that sound like fanfics, have a third volume of high school AU The Devil Is A Part-Timer! High School!! 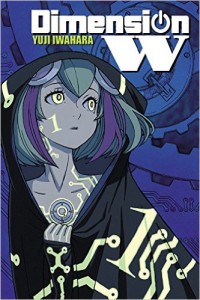 Dimension W sounds more promising, and the author should be very familiar from past licensed titles (Chikyu Misaki, Cat Paradise, King of Thorns). It’s a Young Gangan title that already has an anime running this season.

ASH: Oh, I had forgotten about this series! I rather enjoyed Cat Paradise and King of Thorns, so I should probably check it out.

SEAN: Dragons Rioting has a second volume of fighting and breasts, possibly not in that order.

Handa-kun is the prequel to Barakamon showing our protagonist as a somewhat odd high school student. It’s been out digitally for a while, this is the first print volume.

We’ve reached the penultimate volume of Inu x Boku SS, a series I enjoyed far more than I expected. This is Vol. 10, and should start to wrap things up.

There’s also a 4th volume of the manga adaptation of DanMachi (don’t make me type out the real title.)

Love at Fourteen’s 5th volume will feel sweet and adorable and yes, probably problematic as well.

MICHELLE: I’m gonna try to catch up on this, too.

SEAN: I am a huge fan of Monthly Girls’ Nozaki-kun’s sense of humor, and its 4-koma style, and cannot wait for Volume 2, out next week.

MICHELLE: Yay! A lot of good Yen next week!

ANNA: I am also a huge fan of this series and am so happy a new volume is coming out!

I think the secret is out of the bag with School-Live!, so I expect Vol. 2 to have less slice-of-school life and more slice-of-postapocalyptic horror.

Lastly, we have a 4th volume of Trinity Seven.

Does anything in this giant morass speak to you?