SEAN: For a last week of the month, there’s a lot of stuff due out, particularly from Kodansha Comics.

The 16th Attack on Titan comes in a regular edition, and also a Special Edition with a set of AoT-themed playing cards.

ASH: It’ll be interesting to see how the special edition does for Kodansha.

SEAN: And there’s a 5th volume of the prequel Attack on Titan: Before the Fall.

Fairy Tail also has a spinoff, with the first volume of Blue Mistral, which I believe focuses on Wendy. 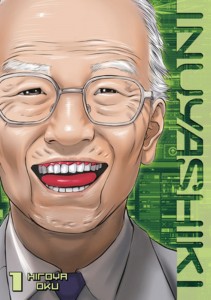 Inuyashiki is the new series running in Evening magazine from the author of Gantz. Its protagonist being an old man is unusual, its science fiction with horror/gore plot is not, at least not for this author.

ASH: Although I didn’t follow Gantz to the end, I am rather curious about Inuyashiki.

ANNA: Huh, I’m cautiously curious about this. Will wait for Ash’s review though!

SEAN: Let’s Dance a Waltz comes to an end with the third and final volume. Less fat-shaming in your next series, please.

MICHELLE: I second that request.

ASH: Yup. Also, I didn’t realize the series was so short!

ANNA: So glad I didn’t read this.

SEAN: Maria the Virgin Witch has an epilogue with Exhibition.

ASH: Maria the Virgin witch was such a quirky little series.

SEAN: Say “I Love You” has volume 9 coming out, and it’s become one of my favorite “shosei” series.

MICHELLE: Mine, too! Looking forward to this one.

ANNA: I need to get caught up! It is very good.

SEAN: And Your Lie in April has a 3rd volume. Lies indeed; it’s August, not April. You can’t trick me, manga!

SEAN: There are a few titles coming out that are not Kodansha. Seven Seas has an Alice book, with White Rabbit and Some Afternoon Tea. After being an antagonist for so long in these books, Peter White finally gets his chance to be the love interest.

ANNA: Is it extra traumatic? 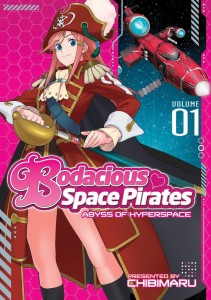 ASH: Should hopefully be fun!

ANNA: If nothing else, that title is fabulous.

SEAN: Also greatly looking forward to the 4th omnibus of Lucifer and the Biscuit Hammer. Buy this please. Make Sean proud of you.

ASH: I will make you proud, Sean!

SEAN: Vertical has a 6th volume of Supernatural thriller Ajin. Be warned, it’s caught up with Japan.

And Vertical also has a novel spinoff of Attack on Titan. Harsh Mistress of the City is another one that takes place before the main manga, I believe.

ASH: It’s also illustrated by Range Murata which will be of particular interest to a few people I know.

ANNA: I didn’t know that! Interesting!

SEAN: So what are you getting next week?