SEAN: May, and the manga volumes coming out are not letting up in any way. Let’s see what we have in next week’s pile.

I’m not entirely sure if Dr. Makumakuran And Other Stories is coming out this first week – Amazon’s site says “May 2015” in an unhelpful way. But it’s from Bruno Gmunder Verlag, so you know what that means. Fans of Massive should check this out.

ASH: Definitely! Especially as Takeshi Matsu was one of the artists who was featured in Massive. This will be his second collection of manga released in English. I rather enjoyed his first, More and More of You and Other Stories, so I’m looking forward to it.

ANNA: I haven’t checked out the first volume of this yet, but I intend to!

SEAN: Kodansha has a fourth omnibus of Tsubasa, still in its excellent period before its plot brambles became too strong.

Hopefully the 2nd volume of Yamada-kun and the Seven Witches will give us some actual witches. 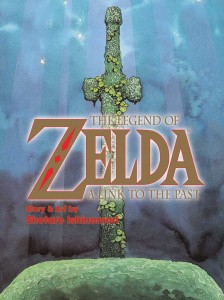 SEAN: I admit I rarely talk Perfect Square books here, but the Legend of Zelda manga they have coming out next week looks awesome. Called A Link to the Past, it’s in full color and should appear to all LoZ fans.

ASH: This should be great.

SEAN: Seven Seas gives us a new Devils and Realist (Vol. 5) and a new Dragonar Academy (Vol. 6), both of which will interest their prospective audiences, which sadly are not me.

And Vertical has an 8th volume of What Did You Eat Yesterday?, which has lost me, but still enchants the rest of Manga Bookshelf.

MICHELLE: I’ve been so pleased with the speed with which this series has been coming out, but I’m already sad that we’ll soon be caught up with Japan.

SEAN: Viz, as always, has most of its releases this week. There’s a 4th volume of Black Rose Alice, the story of a touching romance between a body and the spiders within it.

MICHELLE: Heh. Here’s another series where I’m already dreading being caught up to Japan.

ANNA: I enjoy this series a bunch. Each volume is a bit of a surprise. Also, spiders.

SEAN: The 11th Bleach 3-in-1 omnibus finds the cast in the middle of the Hueco Mundo arc, one of the most beloved and uncontroversial arcs in all of Bleach.

If you thought that JoJo’s Bizarre Adventure had reached peak ridiculousness with the first hardcover, be advised it only gets weirder from here. The 2nd hardcover ships next week.

SEAN: I haven’t enjoyed Kiss of the Rose Princess as much as He’s My Only Vampire, but it’s good enough, and a 4th volume should be decent reading.

MICHELLE: Yeah, I’ll keep reading the former but actually keep the latter. There’s the distinction for me.

ANNA: I enjoy it for what it is.

SEAN: If you were waiting for the 2nd Millennium Snow omnibus to keep your shelves neat and tidy, here it is.

ANNA: I’ve been meaning to do a complete reread of this after only reading the first early volumes. 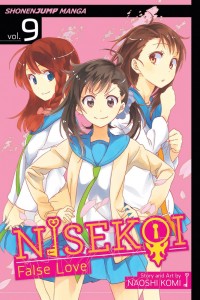 SEAN: Nisekoi’s ninth volume. The subtitle is still False Love, reminding those of us who enjoy the balanced harem aspect of it that there’s still one main heroine.

Ranma 1/2’s eighth omnibus gives us two of the series’ most memorable (and silliest) one-shot villains, The Gambling King and Picolette Chardin II.

Rosario + Vampire Season II Volume 14 still has too much punctuation and numbers in its title.

MICHELLE: I had high hopes for Spell of Desire, possibly chiefly because the male lead was kind to a kitty, but now I find that I don’t like it as much as Midnight Secretary after all. I kind of can’t explain how that happened.

ANNA: I like it just as much, but I’m not a very critical paranormal romance manga reader.

SEAN: Lastly, there’s a second Yu-Gi-Oh! 3-in-1 omnibus. It’s based on a card game. Many people don’t know that bit of trivia.

ANNA: My kids have now moved on from Pokemon cards to Yu-Gi-Oh cards, and let me tell you how thrilled I am that there is yet another card game that they want to collect.

SEAN: Something for everyone? What’s for you?