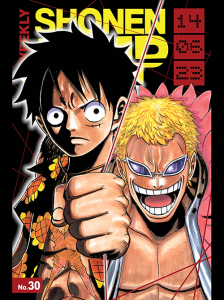 Something that I never considered when I started reviewing manga as a hobby was how much it would change how I enjoy manga. When reading manga I suddenly realized that I was not just allowed to have an opinion, but in order to have a proper review I was expected to have an opinion. Just saying “It left no impression on me whatsoever” could only work once before I had to elaborate. It was then that I realized forming an opinion out of necessity is a lot harder than a naturally grown opinion. One is pure and from the heart, the other can become a cynical exercise of no value to anyone if I allowed laziness to trick me into reaching for the low hanging opinions.

What I’m trying to say is that writing reviews is hard and you should all feel sorry for me. Whereby I hope you will forget that I’m several weeks behind in writing these reviews. Has it worked?

One Piece Ch. 750
If nothing else the return of One Piece to Weekly Shonen Jump is as good a reason as any to start writing again. While I was expecting a flashback after the cliffhanger two weeks ago, I have to say a little bit of setting the scene before the flashback never hurt anyone. The chapter jumps around, giving us just a couple pages each for the characters in the arc, making it hard to really focus on any one element.

Though I will say that Rebecca’s reunion with her aunt was just perfectly adorable. Now would someone please get that poor girl some clothes?

King Riku’s distrust of the Strawhats somewhat comes out of nowhere, he was okay with a former street punk marrying his daughter, but doesn’t trust the people that helped him remember who said former street punk son-in-law of his is? Seems a bit disingenuous and out of place all things considered. It does allow Oda to fit in a monologue about the evils of injust social elites but as a favorite writer of mine says, “Story first, then message” and it seems beneath Oda to insert a character trait on a character that has not shown any signs of said trait before just to bring across a message.

If nothing else, Oda continues to show that he knows just how long to string us along before we get the big payoff. He’s clearly not rushing this story, and the Dressrossa arc is all the better for it. 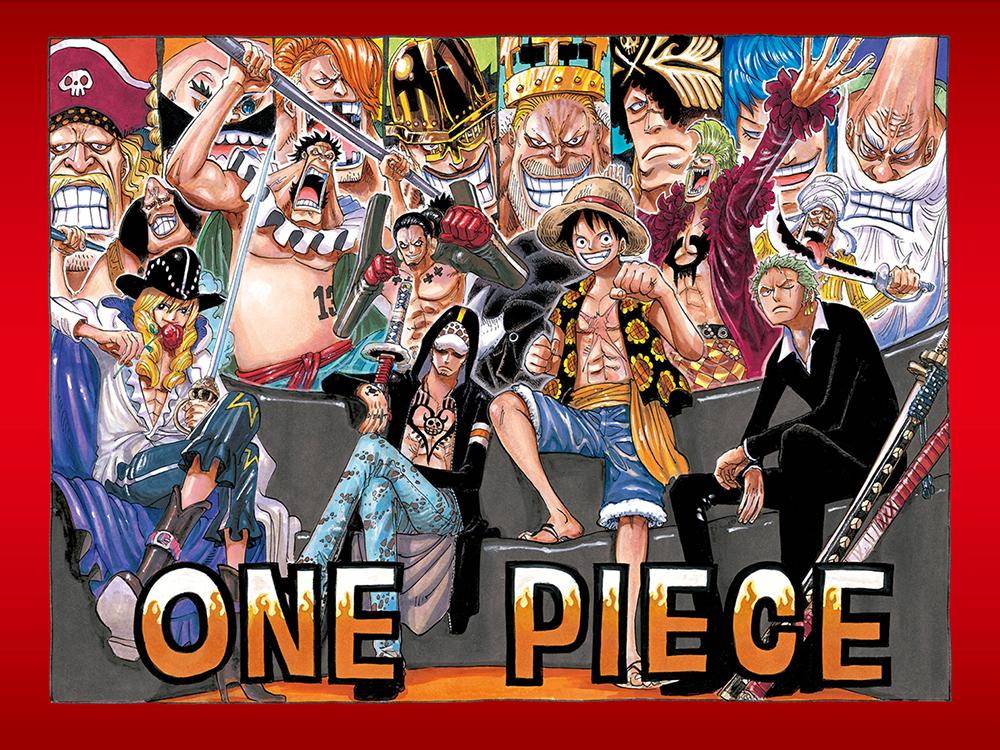 Naruto Ch. 681
It’s probably good that I haven’t been reviewing Naruto for the past several weeks. Because I know for a fact that I would have made the promise to quit reading this series several times, and then would have to go back on said promise. Let’s keep things simple by saying that this climax is quite possibly the worst thing Kishimoto could have ever done. How anyone that knows even the slightest thing about writing could possibly defend making the final boss a character we only just learned about within the last couple months of a decade long series is beyond me. Madara being the big bad instead of someone like Orochimaru or Pein is a big enough stretch, but to suddenly have Kaguya, a character who I’m convinced was only created in Kishimoto’s mind this year, be the big bad is quite possibly the worst thing this series has ever done. And here I thought Naruto and Sasuke being the reincarnations of two characters we only just found out about a couple months ago was the worst thing that could happen. And Kaguya doesn’t even do us the courtesy of being an interesting character.

This series has gotten so convoluted that ever “twist” added on top of this burning, sinking wreckage just elicits another annoyed “Whatever” from me.

I used to just hate the characters, but now the writing is just as bad for Naruto. I am at my last wit’s end here. Someone, if any of you still exist, that likes this manga, please tell me why. I can’t get beyond how awful this plot is to even consider what good could possibly exist here.

Hunter X Hunter Ch. 344
I would review Hunter X Hunter, but let’s be fair besides the past couple chapters I’ve only reaad the first volume of this series. Until I catch up there is absolutely nothing important I could have to say about this series. Get back to me in a couple weeks when I’m hopefully caught up.

Though for the two page spread, I have to say it kind of reminds me of what the Toriko world would look like if it was drawn by Kentaro Miura. 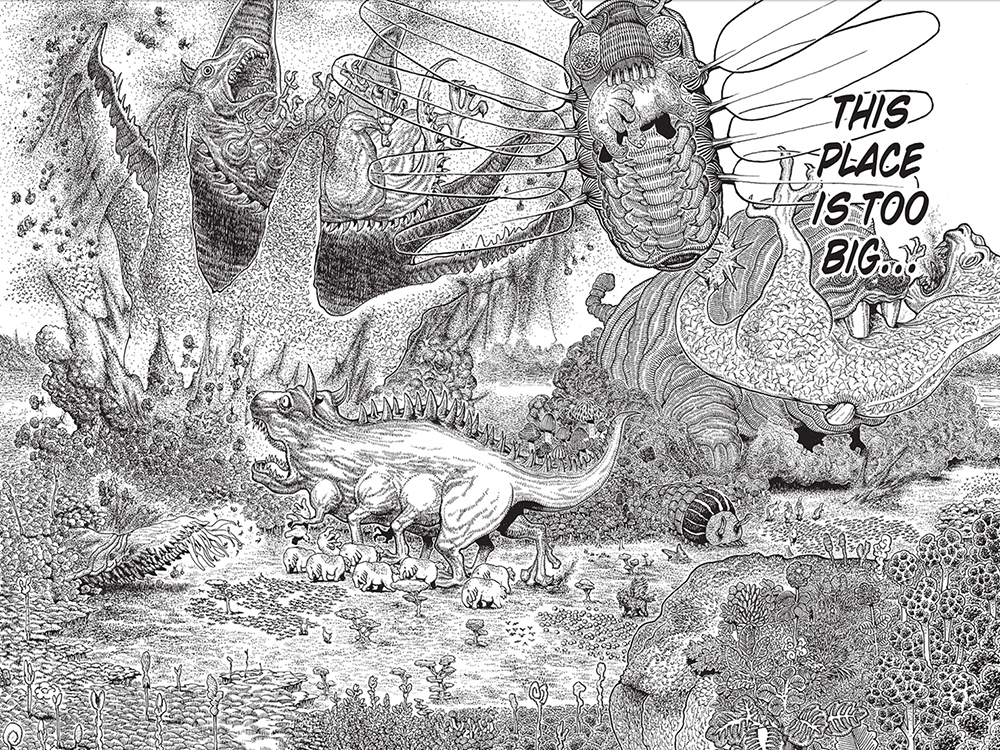 Nisekoi Ch. 127
Funniest chapter in months. I really don’t feel like I need to say anything else. Just go read this one if you’re not reading the series. It stands alone well enough that you’ll get how the characters relate to each other, and the jokes will convince you to read it from the beginning.

Stealth Symphony Ch. 017
I really hate how modern manga publishing has ruined the stories. What we’ve got here is an interesting story that would actually work if the author had bothered to actually develop any of his characters. As it is we’re getting a plot that should not have been written until several years of publication. I see things happening, but I don’t care because none of these characters matter. I see focus given to quite possibly the most shameless example of fanservice that still apparently is supposed to be a serious character. For those of you that enjoyed Fullmetal Alchemist, imagine how Olivier Armstrong would have come across if she had walked around in a miniskirt with her top undone and her character design drawn by someone that seems to think that interesting characters must come with breasts that would make Kubo, Oda, and Mashima hold an intervention for him.

It’s the same problem you see with all new manga that just can’t get the rankings early on. They skip developing the characters and instead try to fit as much of the story that must have sounded amazing in their heads into their manga before getting cancelled. There really should be some kind of grace period that allows manga artists to actually develop their characters. Then they can start their plot and hope it attracts enough interest to not get cancelled. 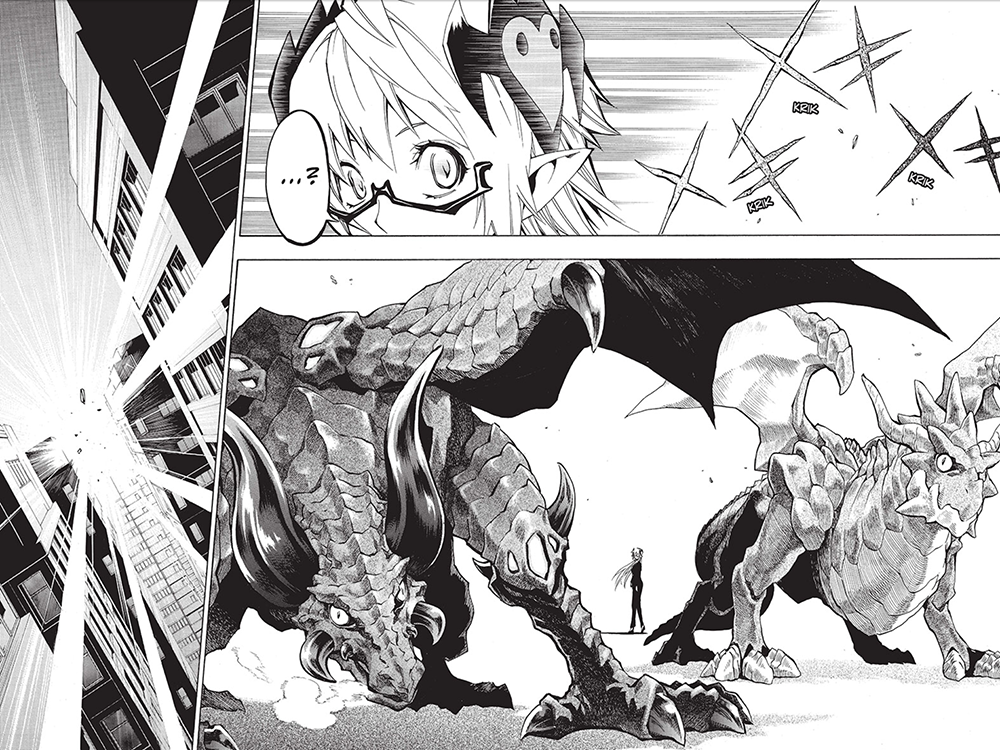 Bleach Ch. 585
Ichigo didn’t even get a chance to look cool before he’s shown to have helped the big bad with his plan yet again. Either way, I enjoy having Ichigo back in the story so it annoys me that we’re going to get a bunch of the Soul Reapers facing off against the Stern Ritter. That’s totally what I was hoping for, more boring fights to distract from the fact that the main character doesn’t have an interesting character arc anymore. 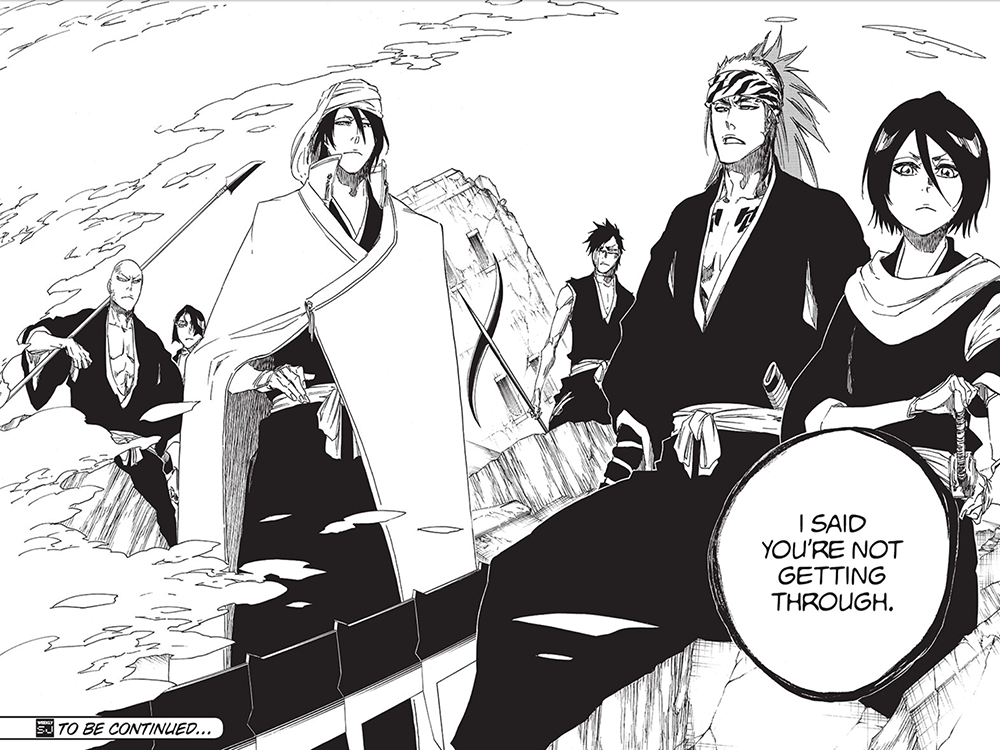 One-Punch Man Ch. 035.2
I can’t really build up any enthusiasm for this series anymore. The art is gorgeous, but the story is laking and just not funny anymore. I came here for comedy, not another action series. Sure it’s a very well rendered action series. But we’re running into the problem of the invincible superman here. If you have an invincible hero you really need to find a better way to show tension rather than just have them beat their enemy easily. Like maybe make it a comedy series. That might work. 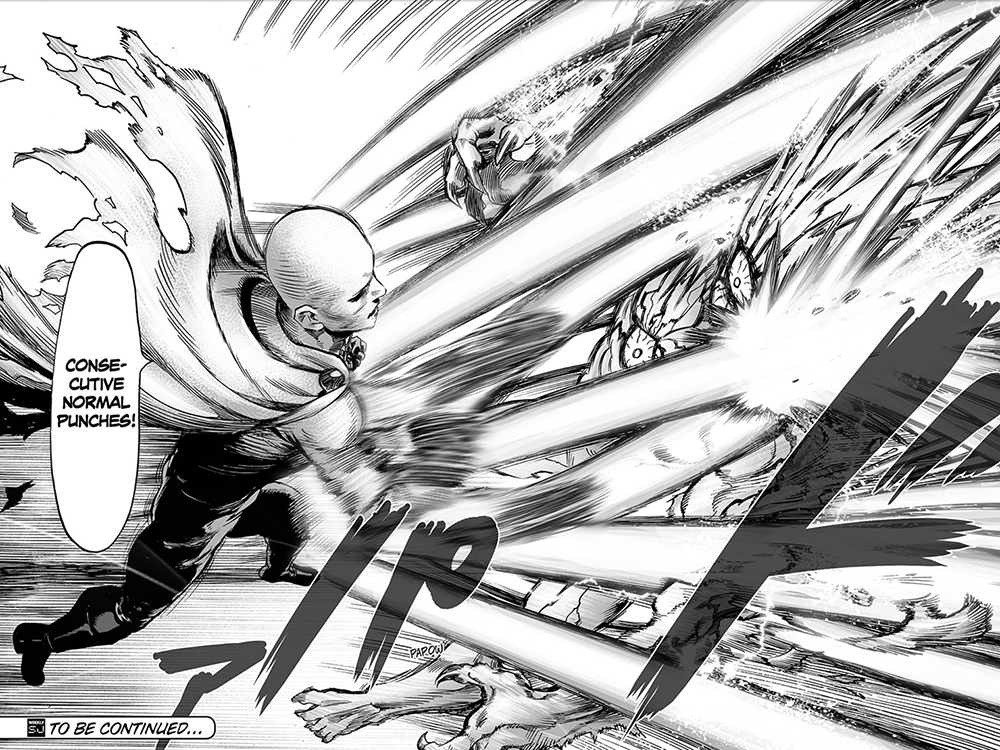