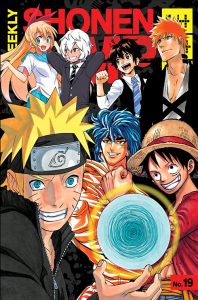 If you like western themed fantasy then you really need to pick up The Seven Deadly Sins. The storytelling is very much in the style of other manga, but the aesthetic of the design is one hundred percent medieval european. Even the swords are styled properly, which for a manga artist must take an insane amount of self control not to insert any curved or katana styled swords in there.

That’s about it for my reading this week, I haven’t had much free time to read during so I haven’t had a chance to read anything new. Besides the latest chapters that is.

Naruto Ch. 671
I warned you Kishimoto. I warned you what would happen if you went the clichéd and tired route. That’s it. I’m done. Call me when the manga ends so I can see how much that is screwed up too.

Okay so not really, I’d really like to use this as an excuse to stop reading this manga forever, but the truth is that this is hardly the worst thing Naruto has ever done. Oh it’s terribly written, and a complete bore to boot. The truth is that Naruto long ago lost any chance it ever had for me to be invested. So to see a plot development like the one in this chapter doesn’t really make me angry as much as it just makes me shake my head and move on.

Basically my review comes down to this: Copy and paste my opinion from last week only this time double it. 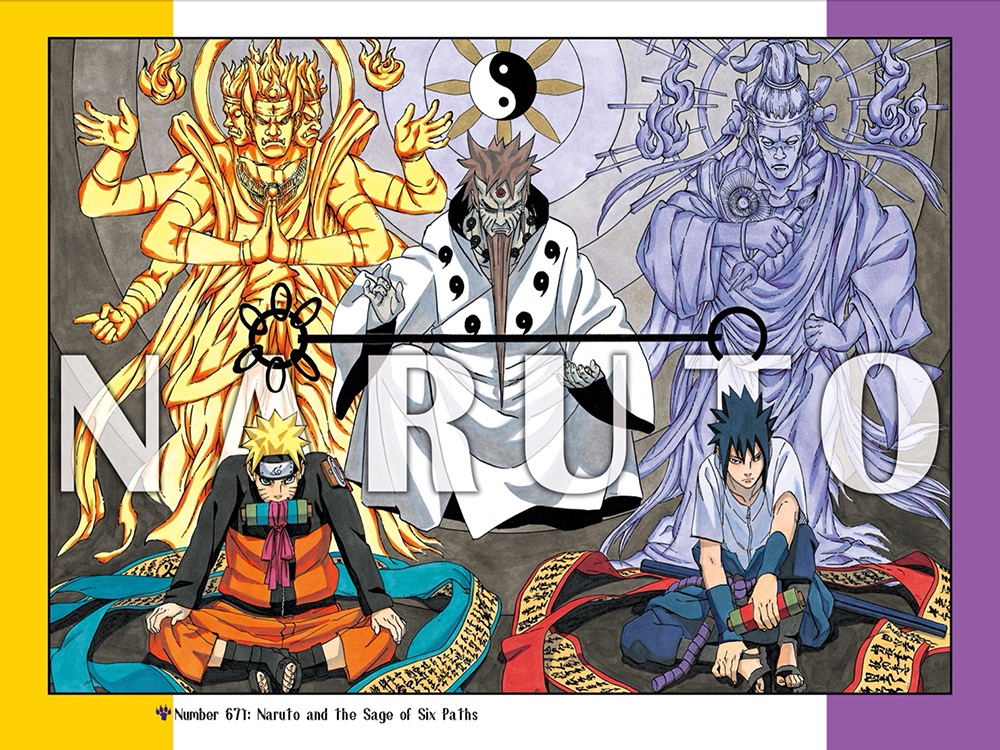 Stealth Symphony Ch. 007
Again, I feel like I’m supposed to care about what’s happening, but the fact that I haven’t had any time to develop a connection to any of these characters before we start moving into a fight is pushing Stealth Symphony onto my naughty list. the few chapters that were meant to serve as our introduction to the characters just didn’t hack it because the characterization does not ever extend beyond basic tropes that manga authors keep repeating. So to see the manga try and focus on battles and spectacle gives me a bad vibe, suggesting that this manga will not last much longer.

One Piece Ch. 743
I imagine there are two things people are growing tired of in my writing, how often I dump on Naruto and how often I do the exact opposite for One Piece. The difference is that one tries to pass something the author thought of last week as an overarching thread, while One Piece manages to not only make a great spectacle, but also drop subtle hints suggesting how the story will progress. I dare not spoil anything, but in regards to the climax of this chapter, let us remember that not all is necessarily as it seems. This arc isn’t over yet. 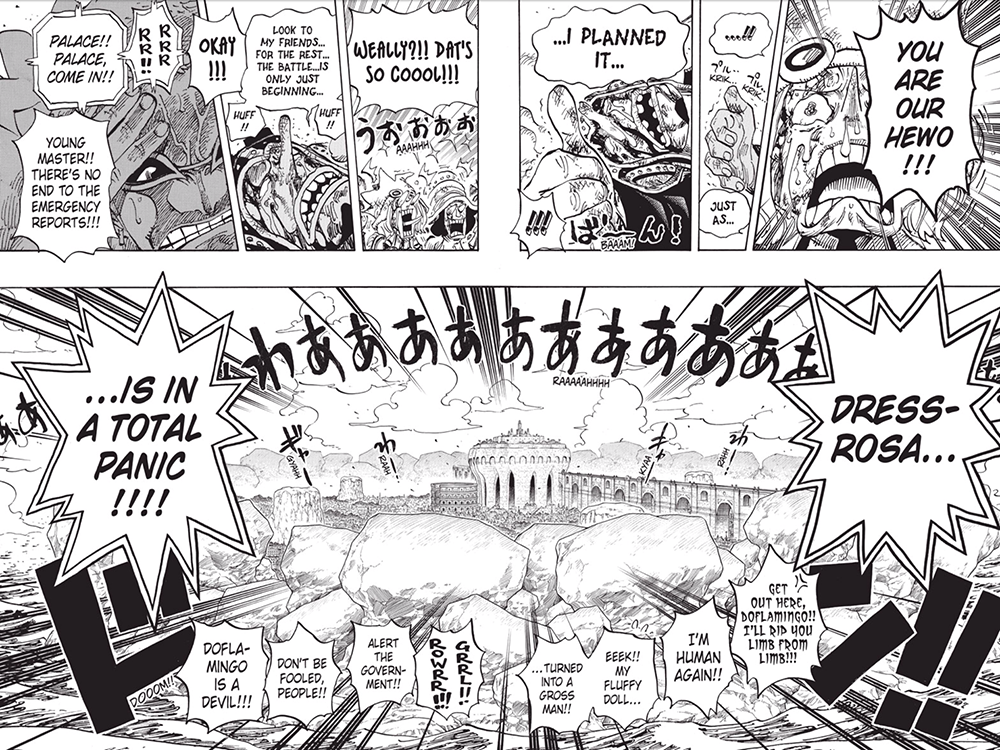 World Trigger Ch. 055
I’d normally hate a series that has to stop and explain what is going on, rather than focusing on the action. But with World Trigger those short breaks in the action really help me appreciate the action a lot more. Would I appreciate what I’m seeing if I didn’t know that Tamakoma use a special kind of trigger? Probably not. And the flow of who has the advantage over whom really is handled quite expertly. While Border does seem to be at a disadvantage, there is still enough room to let the flow of battle ebb towards the side of our protagonists.

Bleach Ch. 575
Kenpachi is badass, do I really need to say anything else about this chapter? There really isn’t a plot worth speaking of, so I’ll just let the chapter speak for itself.

One-Punch Man Ch. 034.3
While I do have my reservations with One-Punch Man being a straight up action series, I do have to say that Saitama does make a good serious action lead. In that he’s completely not serious even when the battle seems to be going against him. There’s just a certain refreshing nonchalance to him that makes me wish more time was focused on him rather than the ancillary characters. 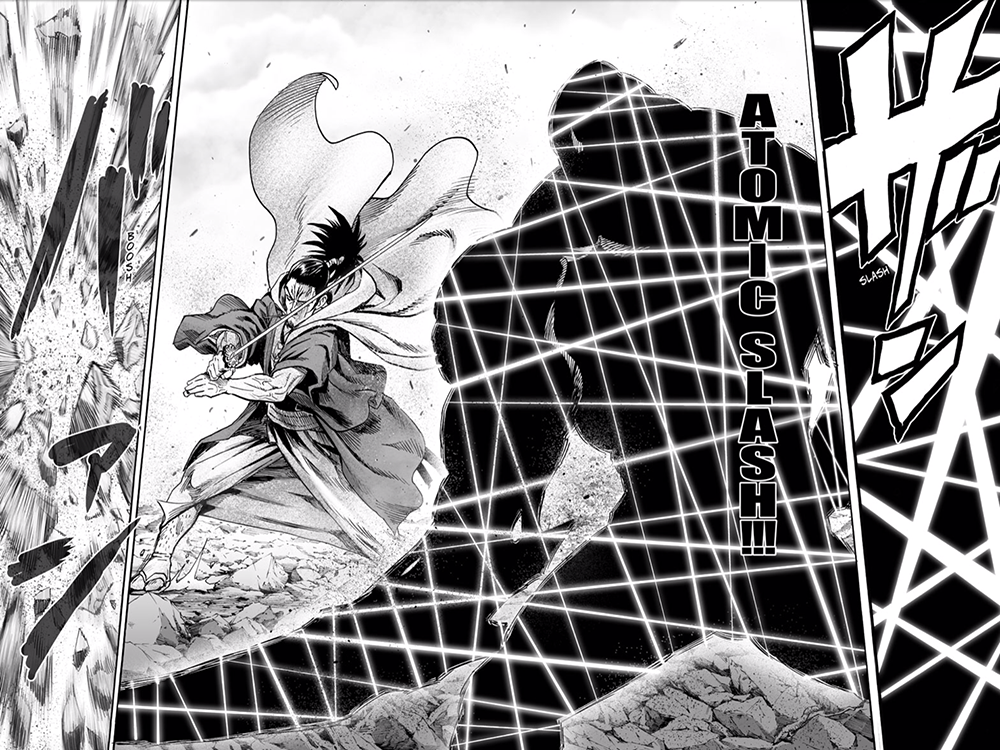 Nisekoi Ch. 117
Besides making me incredibly nervous about my recent stomach aches, this week’s Nisekoi is a perfectly told joke. One does not normally think of manga being structured in terms of a joke, but from the setup to the punchline this chapter just might have been perfect. Add in Marika being the best character ever and you have my favorite Nisekoi chapter since the short Ruri story we had a couple weeks ago.

All You Need Is Kill Ch. 011
Oh yeah, Keiji, he’s the main character isn’t he? I wouldn’t have thought we’d get any kind of emotional resonance with this series, but this chapter’s end was pretty well done, and worked well because the setup had been done properly through the last several chapters. I do ask myself how Rita can be uncertain of Keiji being trapped in a timeloop, but I suppose it makes sense if she herself is not caught in the same timeloop. She may have realized it during the battle, but in the morning she would have forgotten, which is why Keiji answering the question she was going to ask tomorrow is relevant.

Toriko Ch. 272
It was a nice little break to see all the characters from the manga’s past before we set off on the long arc that the gourmet world will be. I hope it won’t be too long before we see some of these characters again, because I would be really disappointed if we do not. 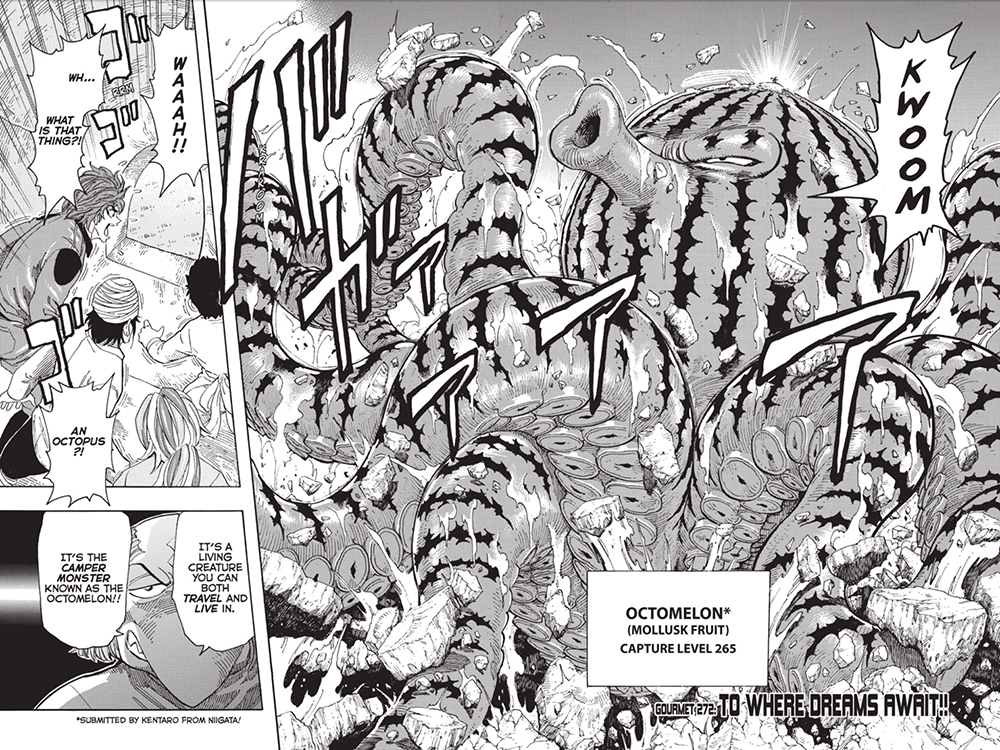 I also still stand by my opinion that Rin is being written as a beard for Toriko by Shimabukuro. “Please don’t mind that I’m leaving behind a hot woman who wants to marry me to go on a trip with four other guys.” Still, it’s refreshing that a shonen manga artist besides Toriyama actually has his main character discussing marriage, it seems so oddly absent from almost every other series I read, so this is a nice breath of fresh air and the source of many jokes for me.

Blue Exorcist Ch. 056
Dr Gedoin is an odd character, on the one hand he is too disgusting to keep around, but on the other hand he was moderately amusing this chapter, mostly because he is so clearly oblivious to how things will turn out that it’s almost endearing. Ignoring of course the lolicon vibes the guy gives off. And the fact that he’s clearly a misogynist. Can we please move away from him? But at least we get weird Frankensteinian zombies, which despite the fact that they are different from the ghouls we saw at the beginning of the series clearly resemble the ghouls at the beginning of the series. Hopefully the characters will realize next month that the doors in their cells have clearly been left open. 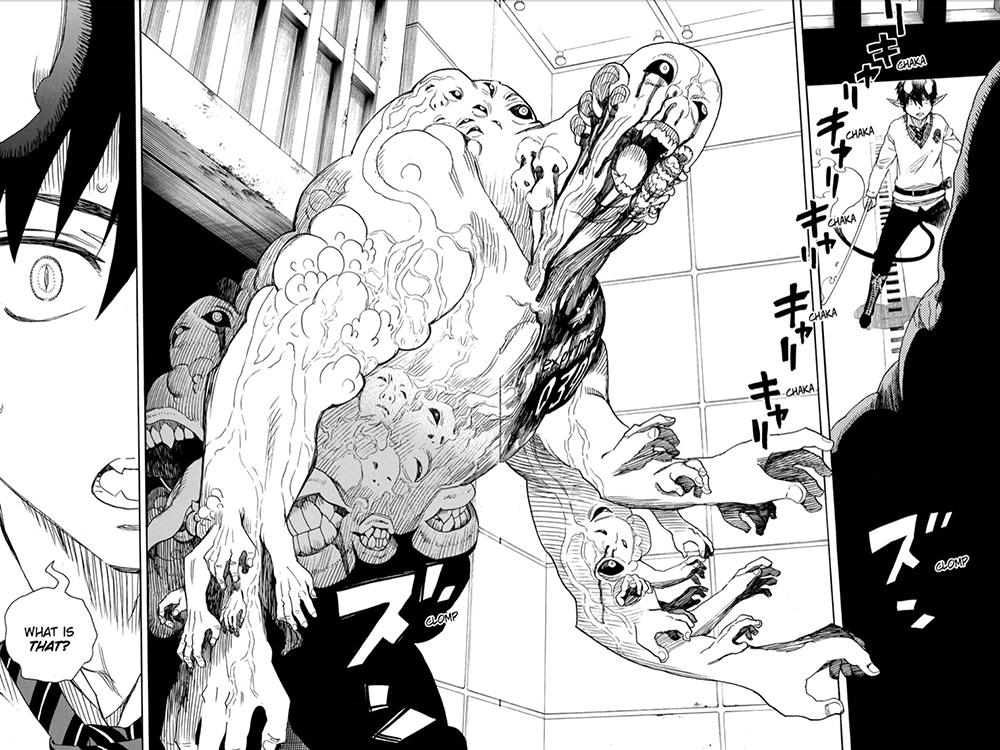 Special Bonus Story – Dragon Ball
When it comes to sharing my opinion about manga I normally do so without fear. After all, it doesn’t matter what I say, I’ll step on someone’s toes. But it’s not often that I find myself on the precipice of writing something that I know will piss off pretty much every manga fan online. But I am committed, so here I go.

I didn’t think this bonus story was very good.

Besides the fact that Toriyama’s art looks strange coming back to Dragon Ball after such a long time, all the characters look oddly proportioned, too skinny I might say. It was really neat to find out what Planet Vegeta looked like before it blew up (though it reminds me a lot of Namek, and earth for that matter with how Toriyama draws them). I think everyone can agree that Goku’s mom looks like nothing we imagined, and in general this was a fun little experience.

The problem is that it’s impossible not to draw comparisons between this little chapter and a very famous story relating to a comics icon. Almost beat for beat this is the origin story for Superman. Planet about to be destroyed, father called it, sends son away. I’d always imagined Goku was legitimately on a mission to destroy earth, not sent away to save his life, and that would have been a perfectly fine story. This version works in that it lines up with everything Toriyama wrote in the past about it. But at the same time the similarities are so close that I can’t help but wonder why no effort was made to avoid the comparisons?

It’s a fun little chapter, but anyone with a passing knowledge of western comics will more more than a little distracted while reading it.