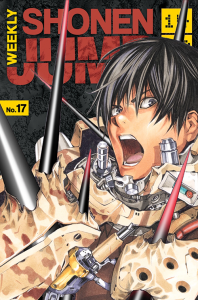 I finally finished Attack on Titan, so I am now immune to spoilers, mostly thanks to Crunchyroll for the chapters past volume 11. And it would appear that I am arriving late to the craze, if the New York Times Best Seller List is any indication, but I now find myself in the grips of the obsession over everything Titan related. Even to the point where I picked up, but have not yet read, Attack on Junior High. I have some misgivings about this one, but the reviews have been mostly positive so I’m going to be diving into that one soon.

I’ve also received, and am starting to read, volume 4 of Genshiken Second Season. The story in this series moves quite fast, as Hatto’s plotline seems to be coming to a head much faster than I thought it would. We finally get some answers as to why he cross-dresses, and I look forward to reading through those chapters.

My manga reading has been a bit sparse this week, with work getting in the way of spending my time on manga, but I have a stack that needs reading and commenting on. But for now let’s talk about the only manga I seem to have time for, the weekly chapters.

All You Need is Kill Ch. 009
One of the biggest strength of manga is the opportunity for a large, well rounded cast. While the first few chapters of any manga are an opportunity to get to know the main character, the only way to really know if a manga will be able to keep going at full steam is by judging the supporting cast. And while All You Need is Kill has been focusing on its main character for the most part, these past two chapters giving us Rita’s backstory have been an excellent opportunity. Not only do we get to learn more about “Rita” but we also get more plot development. A great chapter is one that plays multiple roles. Having character development, action, and plot development is essential. And this chapter does exactly that. Is it good character development? Well, it’s a start, but it “Rita’s” character development takes a back seat to unveiling more clues towards the mystery of the time loops, and I’m perfectly okay with that.

Bleach Ch. 573
This week’s chapter reminds me of classic Bleach. In which Kenpachi shows up and wrecks everyone’s sh*t. Is this clever storytelling? Not really, but it’s miles more interesting than almost anything Kubo has written in years. And sometimes a good story is really that simple. No need to get complicated, just appease the lunatics that read your manga with a bit complete devastation from everyone’s favorite blood knight. Sure it may not be the most intellectual of manga, but it’s much better than previous chapters. 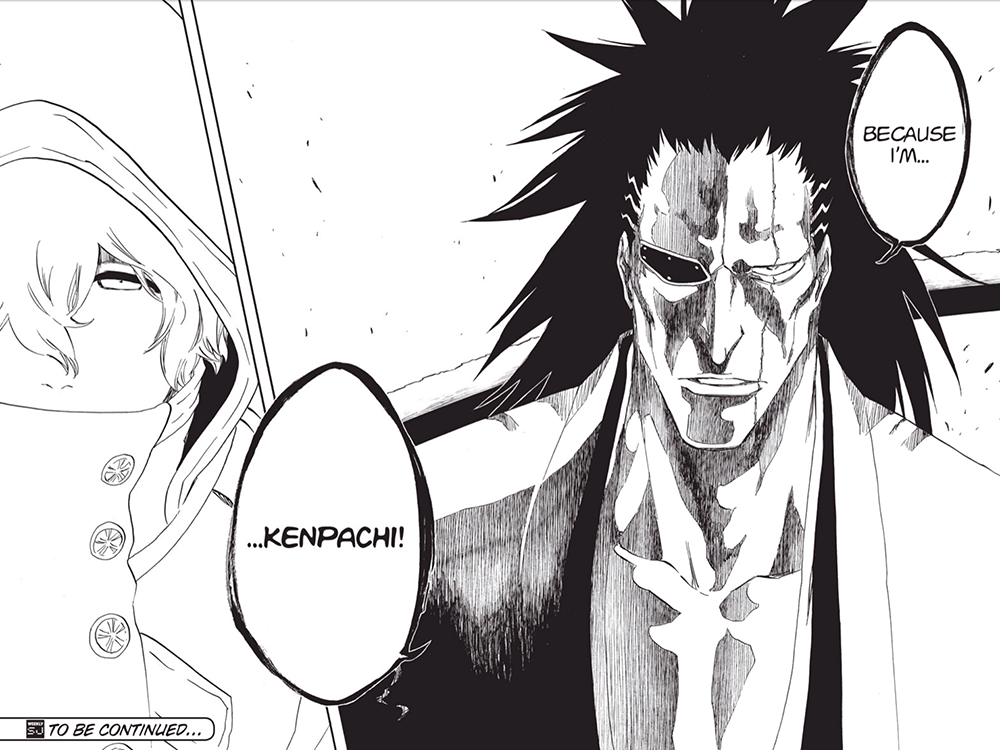 Naruto Ch. 669
What should have been a great action filled chapter of Naruto, as Guy uses what remains of his life to beat Madara, instead becomes exactly that, but poisoned by far too many pages of wordy dialogue as the other characters discuss their strategy. Is it really so hard to let the action just be action? Or is it impossible to keep the dialogue out of the chapter? The other characters spend the first half of the chapter discussing their strategy, and then later pull it off without any variation. If you’re going to discuss it all then show it, skip the discussing part and just show the plan. Or start discussing how it will work and then reveal the rest later on. Don’t just say what you’re going to do, and then do exactly that. It doesn’t make for interesting reading.

Stealth Symphony Ch. 005
Stealth Symphony is starting to grow on me more. The moral ambiguity of the characters works towards the story’s advantage, and the characters themselves play around with established tropes while still bringing their own twist. Such as one new character’s attempts at being the kind of sociopathic character, while everyone around her calls her out for how inappropriate her jokes are. And what we thought were the main characters taking on a job for a slaver, ultimately it makes one wonder how exactly everyone’s alliances will end up falling and that makes for an enjoyable read.

One-Punch Man Ch. 034.2
The biggest problem with One-Punch Man is that it has long since abandoned its comedic premise. The action scenes are well presented artistically, but come out of nowhere. It feels like a satire of action series that have no story but flow from fight to fight, except someone forgot to let the readers in that was the joke. It seems that our writer has dealt with the issue of Saitama being too strong by almost entirely ignoring him for most of the story. Which takes the unique premise of this series and turns it into just another pretty action series. And while the action scenes are very well done, there isn’t enough story to support their existence. If this is still meant to be satire then it’s not effective because it reads as a sincere, boring action series. Satire is not taking the object of ridicule and then playing it completely straight as if just seeing the story played out like it has always been is enough to make us laugh. 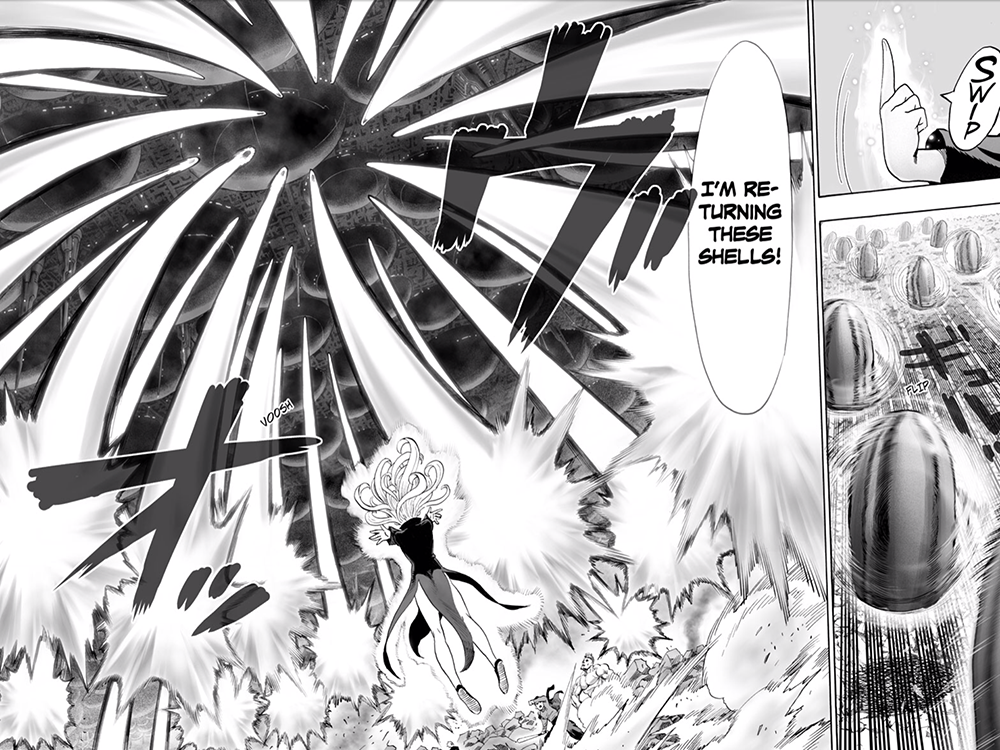 Nisekoi Ch. 115
With the somber theme of this short story, one would have thought that there was no way a comedy could handle death in a respectful way. And surprisingly that’s what Nisekoi actually did this week. We move from a comedic twist back to a somber twist right back around to the initial outcome that was promised. And yet, it was done so well that it actually brought some tears to my eyes with the final page. Though it really did drive home that we didn’t need Rakku there, as the main character focus in the end really was between Shu and Ruri. I think it would have been a lot more fun to have Shu play the role of the fake boyfriend, and just have the story be about the two of them. Seeing Rakku alone with two of the most interesting characters in the series just goes to emphasize how bland he can be. 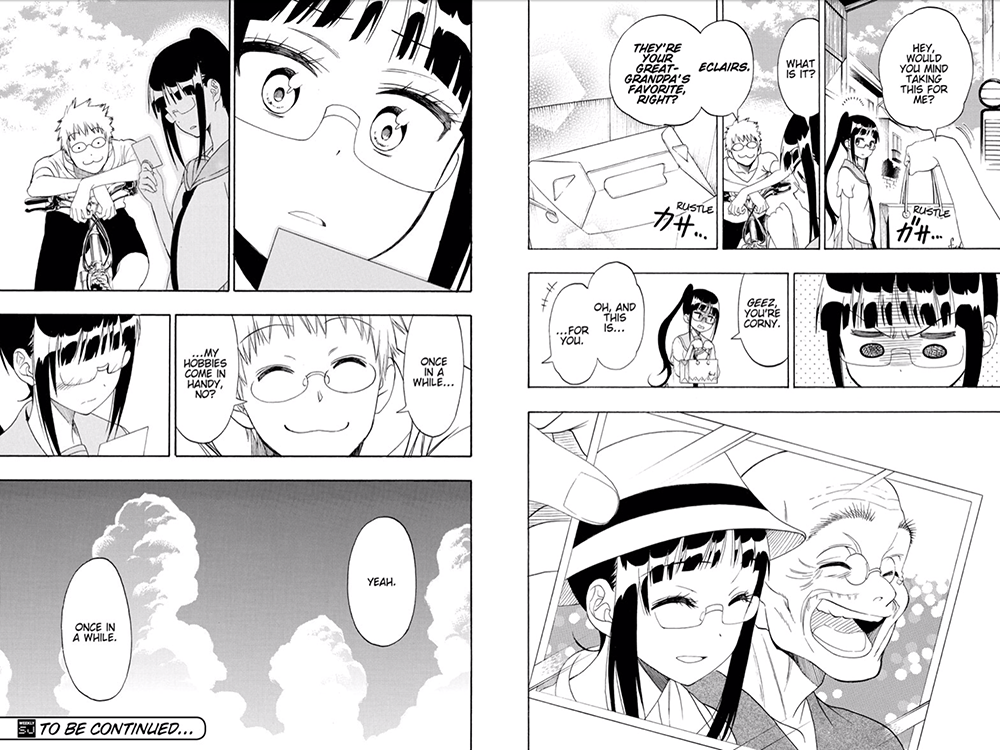 World Trigger Ch. 053
I’m constantly amazed when I stop and think of how far World Trigger has come. I was definitely not a fan early on, but the past several months and weeks have proven themselves again and again. Currently World Trigger is one of the rare battle manga that can keep an ongoing war situation sustained without turning into an exercise in tedium. The cliffhangers the past few weeks really help in that direction as they are not so much of the “what is this thing you cannot see!?” variety, but rather are of the “well, they’re boned” variety.

Special Preview – Food Wars: Shokugeki No Soma Ch. 002
Food Wars is one of the only currently running shonen cooking manga that I know of being published by a major magazine. And while this chapter doesn’t quite show off everything the manga is about, it does give us a pretty general sense of what we are in for. The typical arrogant characters underestimating the main character are all there, but what really sets Food Wars apart is the flair with which it executes its presentation. For anyone curious, said presentation has more in common with To Love Ru than Oishinbo. 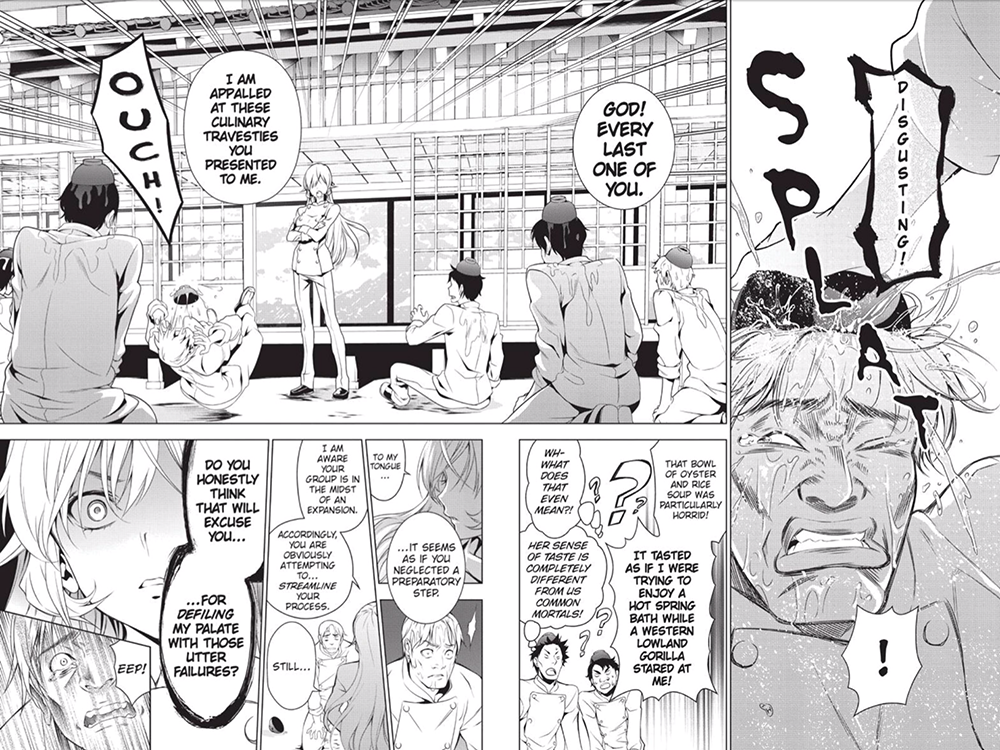