We’re finally caught up for the most part, minus this one which will be a little late. I apologize for the long wait on these reviews, but hope you were able to enjoy them as they came out. In the meanwhile, let’s talk manga!

One Piece Ch. 726
I’d feel a lot better about completely calling the identities of Ricky and the Toy Soldier if it weren’t completely obvious in hindsight. Perhaps a better twist might have been having their identities switched around. I suppose now the question is whether or not Oda is getting predictable and if that’s a bad thing. Personally I don’t mind it too much, it makes me feel clever when I call twists, just as long as Oda manages to get back into the swing of things and doesn’t make every twist feel like it was telegraphed several months in advance.

And yet, this chapter was great not only because the reveals were fun despite being easy to call, but because we’re slowly learning more about Dresrossa and how all the plot threads tie together. While we don’t know everything yet I can tell that the climax will certainly be satisfying. 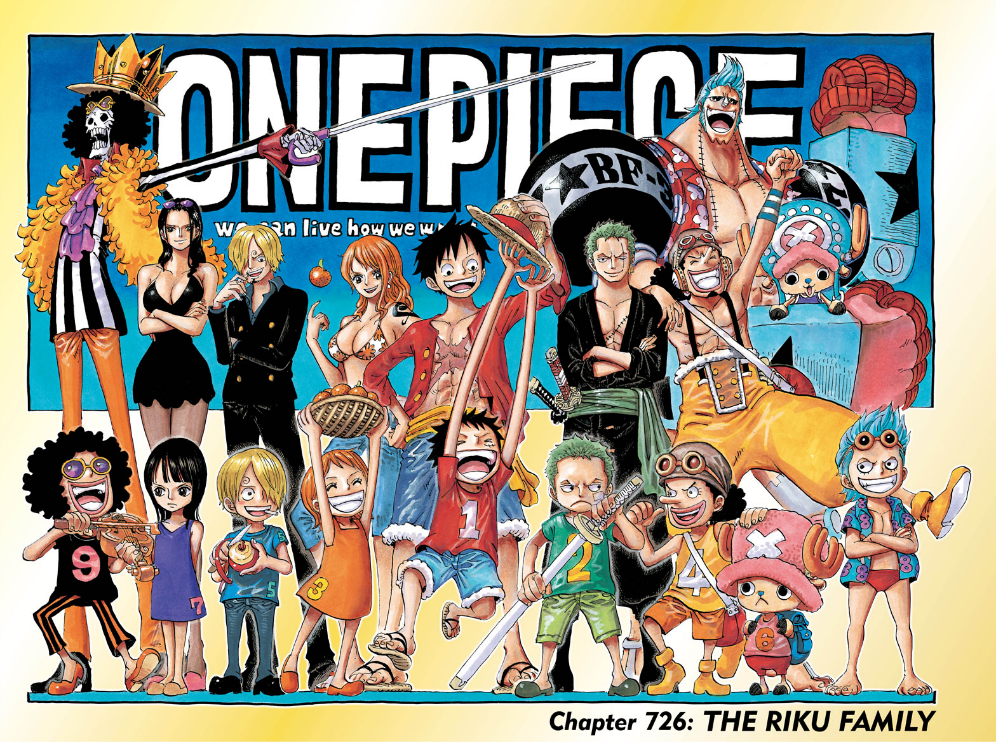 Toriko Ch. 256
I find it odd how suddenly Midora, the shadowy antagonist for most of the series, could possibly become a protagonist based on hints from this chapter. If this really does happen then I must say that is a pretty unique development. Antagonists becoming heroes isn’t all that unusual, but the big bad of the entire series, not just a single arc, becoming a hero is not very common at all.

What confuses me is whether this true enemy spoken about is supposed to be the new group, or if this is a fourth group. Either way, it looks like Shimabukuro is branching out in an attempt to find new story threads and so far it looks pretty promising.

Naruto Ch. 653
This chapter…was odd. On the one hand we’re resolving the big issue of Obito. On the other hand everything that was said has basically been said throughout the rest of this arc, we barely had any new information. In which case it might be a good idea not to reveal information needed during the climactic scene earlier in the series. And perhaps try to avoid finishing every single arc by having Naruto talk everyone down. It gets dull.

World Trigger Ch. 37
This series has definitely been growing on me more and more. The overall story for this chapter was good enough, but it’s all the character moments that really make this manga a little more worthwhile. Kitora is easily my favorite character in the entire series based on her personality ticks alone. I loved seeing her reaction to Osamu being praised or berated. And the scene with Chika was great with how it gave the director fellow more of a personality. Overall this series is turning into something that just might be worth your time, just be aware that the first thirty or so chapters is a bit of a slog. 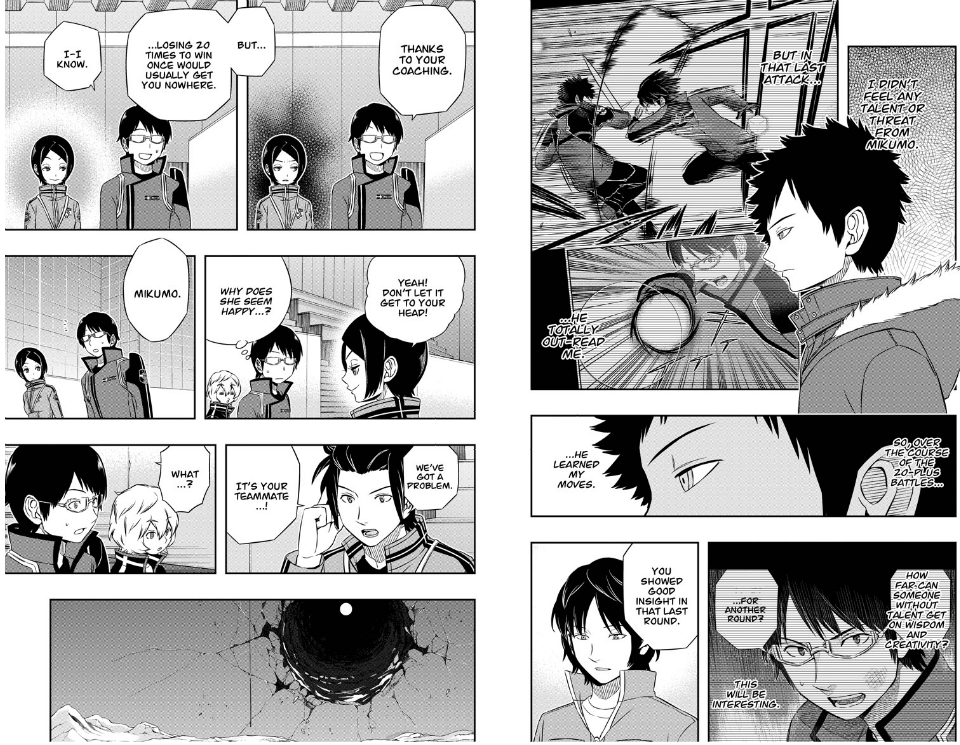 Bleach Ch. 555
Why doesn’t this chapter look familiar? It’s almost as if we’ve seen this exact same thing more than once before in this series. We usually figure that the hero will arrive on time, but if you do it more than once then there is no tension whatsoever. And are we worried about someone dying before Ichigo can arrive? Not really, it’s not like anyone important has ever actually died in this series. If Kubo is taking that perception and turning it against us by actually having permanent deaths in this arc then I think this series just might end on a high note. As for this chapter it’s nothing new and my hopes aren’t high for the rest of the series. 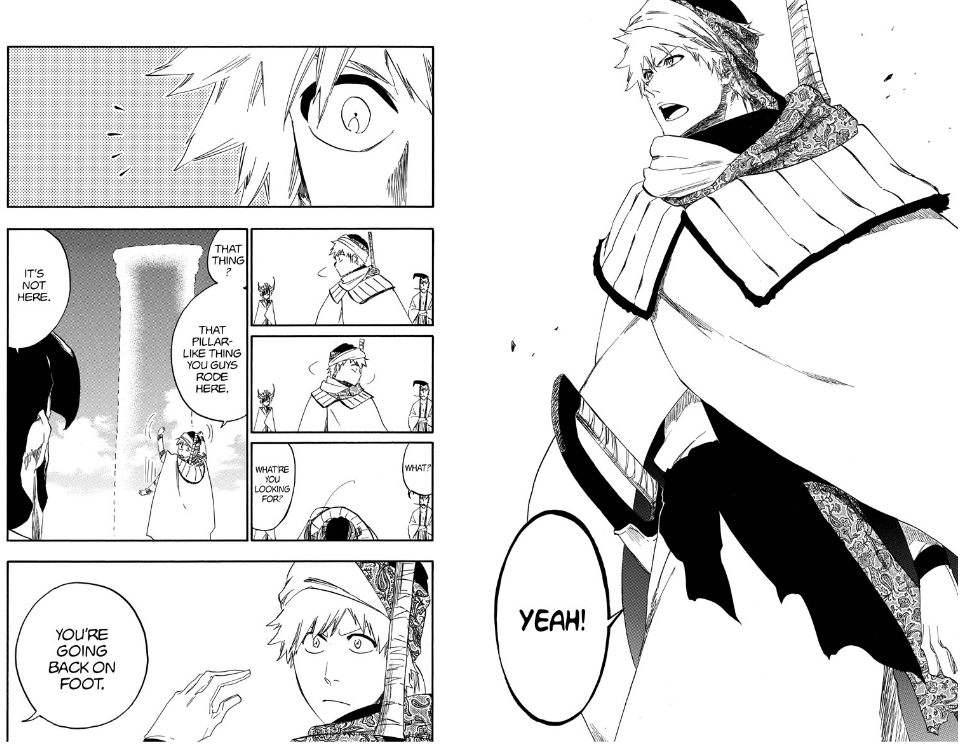 Nisekoi Ch. 97
Whatever is wrong with Marika we don’t know yet. Really getting tired of these false cliffhangers. A good chunk of this chapter was really funny, but there were plenty of moments that dragged towards the middle. I actually put the issue down halfway through this chapter just because the dramatic moment in the ferris wheel dragged too much for me. But, that happens at times with this series and I imagine we’ll get back to basics next week.

One-Punch Man bonus chapter
If you’re one of the people that thinks it’s not possible to write a good Superman story, then I challenge you to read this chapter of One Punch man and tell me if it’s impossible to write a great story based around an all powerful being.

The problem I find most of the time is that people don’t realize that there is more to writing than any kind of physical threat. If you think that problems need to be solved by punching and a story about someone that is the best at that then I’m afraid you don’t know how to actually write. For example, what about a story involving Superman trying to pay his rent now that journalism is in the decline. Sure it doesn’t use his powers, but it could make for a very satisfying story. Which is, after all, what this chapter is. The focus isn’t on the villain, the focus is on the tension between the superheroes and the cops, and the resolution of this tension is what makes the chapter so good. Saitama punching the monster is a tertiary concern and we don’t even get to see it. Because One knows that good stories don’t always end with a villain being punched. Sometimes the meat of the story lies outside the physical violence and can be found by sidelining the character that can punch very hard for a little bit.

And thus, Saitama has become one of my favorite heroes. 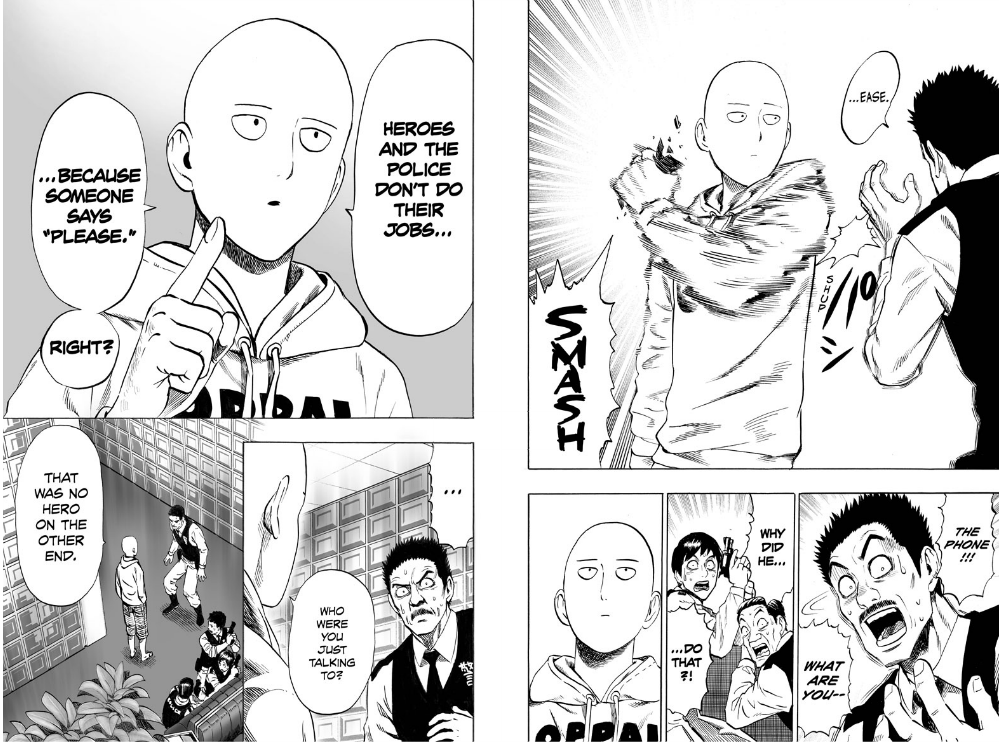 Blue Exorcist Xh. 51
Can we please agree that the scientist is unnecessarily creepy and never let him be drawn again? Please?

I enjoyed this chapter because it did a good job of setting a very unsettling tone throughout the entire story, while also keeping things ambiguous. Is Shima really a traitor? Probably, but there’s enough doubt there. Why is Kamiki acting like everything is her fault? What is really going on? I’m asking plenty of questions and I feel that’s crucial for a good story. So overall a well crafted chapter even if it has a character in it that should never have been designed. I mean really, could Kato try any harder to make this guy unlikable? 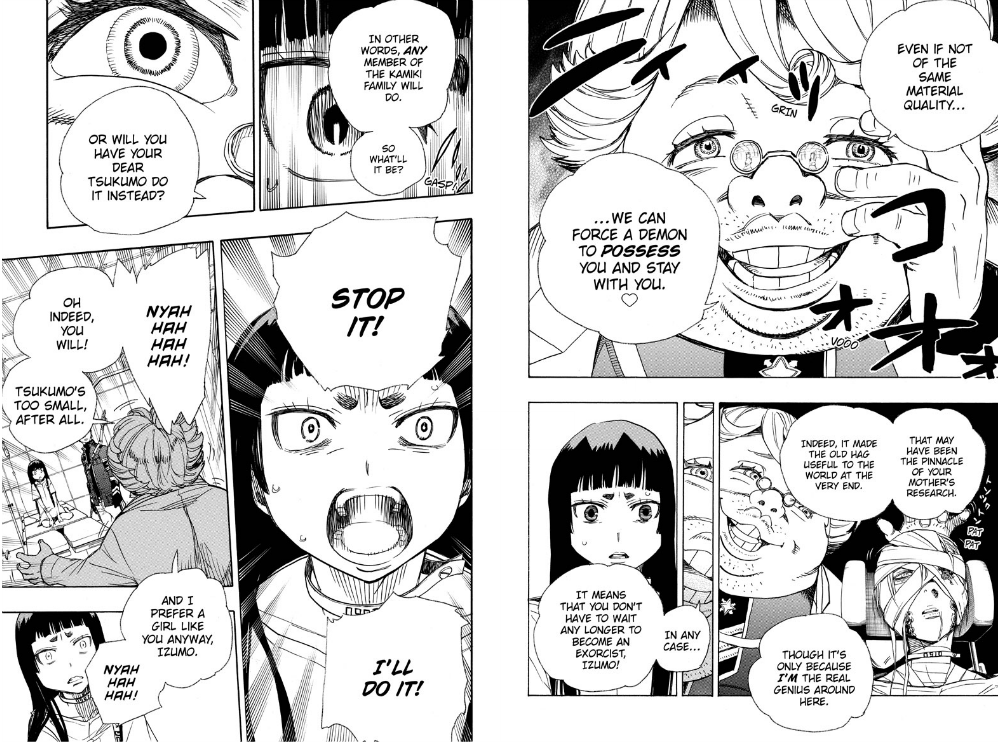 Dragon Ball Z Ch. 38
I’m amazed at how fast this battle is moving. It really goes to show that the Dragon Ball manga really does move at a faster pace than the anime, because what we’ve done in a couple chapters took what feels like years worth of episodes in the anime. I’m definitely getting back into this series after approaching it with a “Been there, done that” attitude.