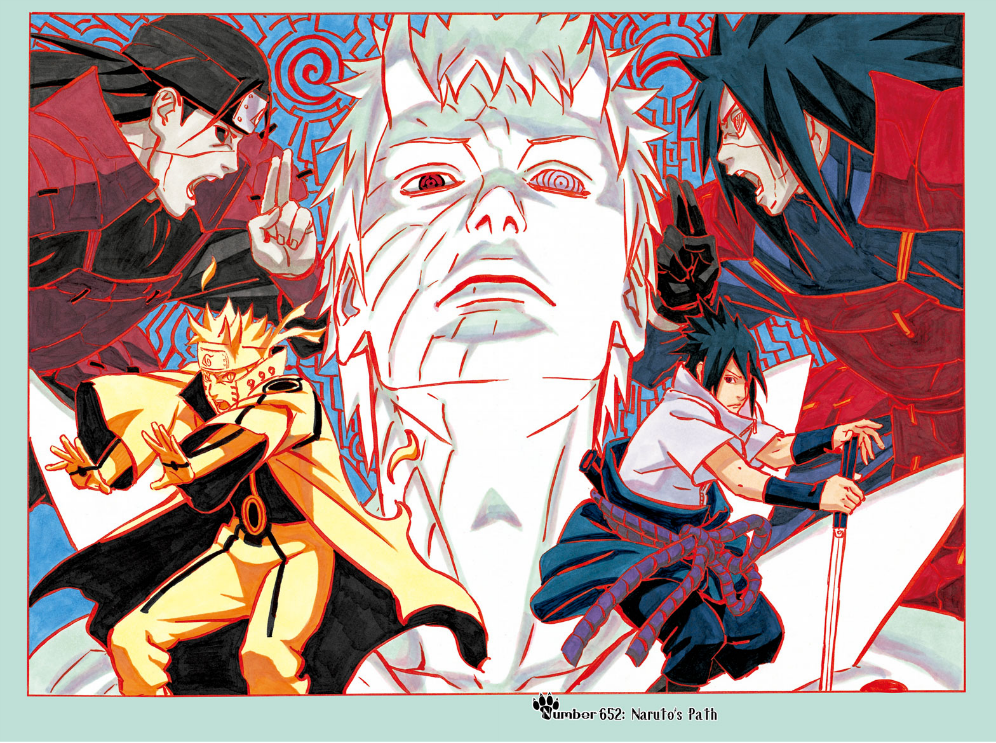 Naruto Ch. 652
Please take a good close look at the following image, people that still like Naruto. Take a good long look and realize what your manga about ninja has come to. 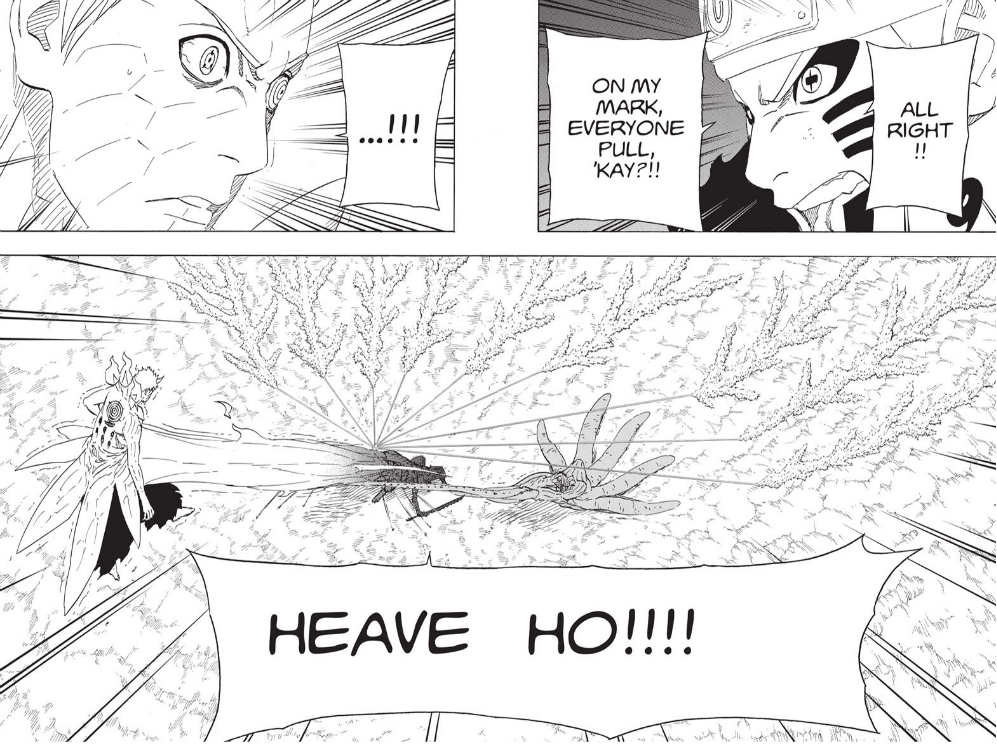 That’s right. The climactic battle has come down to a tug of war. I have no words. And really, anything I say couldn’t possibly convey exactly how ridiculous this manga has gotten more effectively than that single image from the chapter.

I probably would read a tug of war manga if that were a thing, but I came here for ninja battles, not a giant tug of war for demon energy. And if it feels like I’m saying tug of war too much that’s because it’s a silly name and I want to be sure that everyone realizes how ridiculous it is to finish off a battle with a tug of war.

Bleach Ch. 554
The reveal that apparently Quincy have some kind of super powered form aside…actually, no let’s not put that aside. That makes no sense whatsoever. With the Arrancar having a different form made sense, their entire powerbase was based on changing shapes. With the Soul Reapers it made sense because the concept of swords changing shape was introduced very early on in the series. So of course they’d have an ultimate form. But with Quincies there is nothing about their power that suggests they would have any kind of ultimate form. Their power lies in gathering and manipulating spirit particles, they get more powerful by getting more spirit particles. So how are they suddenly able to take on a more powerful form?

And I know that most of the powers in this series have some kind of power up form, but with the Fullbringers it worked because their introductory arc introduced everything there was to know about their powers. But the Quincies have been around since basically the beginning of the series. So to suddenly change their powers like this is just jarring.

Though, I do love Komamura’s new armor, and I love seeing Shinji get the better of Bambieta using just his Shikai. It may be OP, but I gotta love seeing someone that doesn’t rely on their bankai all the time.

One-Punch Man Bonus Chapter
This was a pretty pointless chapter, and that’s what made it so much fun. You could probably call this series “The Daily Lives of Superheroes” and fill it with a bunch of inane events that would still be plenty fun to read about. In fact, I’d love that idea, taking the concept that Saitama is unbeatable and instead just show his daily life with the monster attacks being incidental events. Which is what this chapter basically was. So more please.

World Trigger Ch. 36
I would complain that there was far too much explaining in this chapter, except the payoff was worth it. I would love to see more intelligent fights from battle manga, since I get tired of the old “I’m more powerful than you, but now you are more powerful than me oh no!” that too many manga resort to. Show me some clever strategery and I’ll be happy. I may still hold a grudge for almost thirty chapters of pointlessness, but if I get more battles like this one I might just consider forgiving the terrible start this manga had. 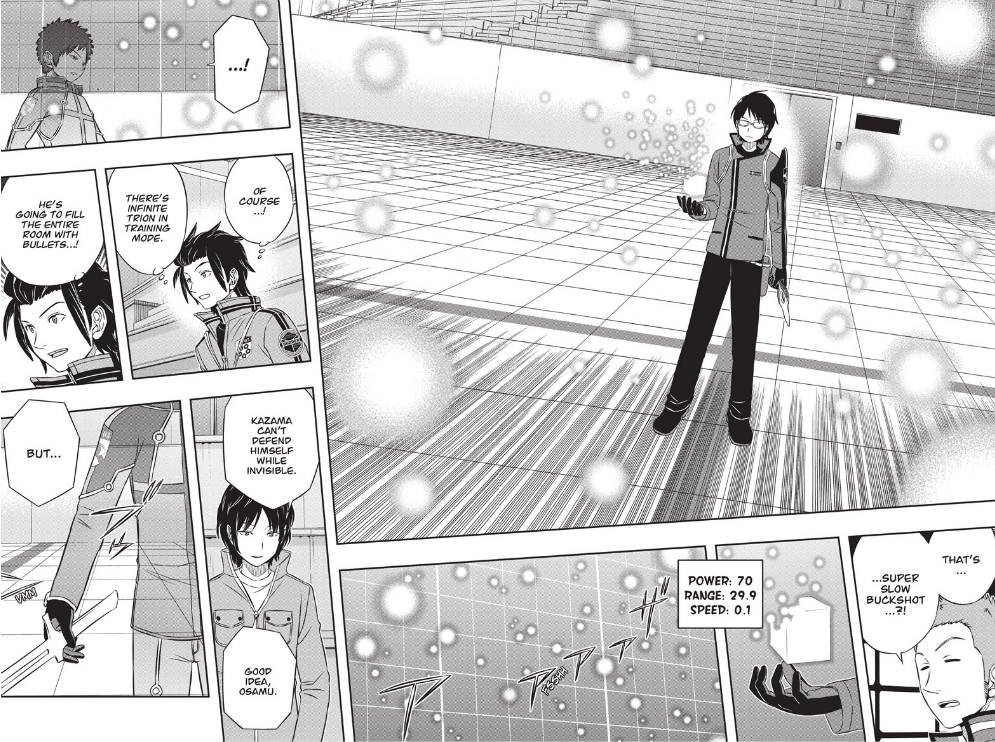 Nisekoi Ch. 96
I do hope that the twist next chapter isn’t that Marika is sick. Because we already know that. It’s not like it’s some kind of surprise, so trying to pull a dramatic reveal on information we’re already aware of would be a major faux pas.

As massively non-pc as someone like Mikage would be, I get a good laugh out of her antics. And of course Tsugumi manages to be the butt (or bust?) of the joke once again. Though I did like that she complains about this and previous bad touch situations.

Chitoge’s reaction to Raku and Marika’s supposed relationship was of course perfect. The only way it works is that Chitoge actually tries to be cool about it at first, assuming that it’s just another one of those weird situations they get into. It isn’t until after she’s convinced that the relationship is real that she overreacts. After so many other manga go the easy route of “misunderstanding then punching” it’s refreshing to see some characters act a little more genre savvy.

Seraph of the End Ch. 3
We’re just three chapters in and it’s official. I hate this manga. I hate how it keeps trying to justify the bland high school setting, I hate how it acts like it’s post-apocalyptic but insist on keeping the trappings of the most generic shonen manga. I hate that the main character goes beyond shonen enthusiasm and becomes a legitimately stupid character. Characters like Naruto, Luffy, and Goku may have their stupid moments, but they back it up by actually being intelligent in fights. This guy, I still refuse to waste space remembering his name, is just flat out stupid. The worst part is that he’s apparently not supposed to have the “I’m an idiot shonen hero” gag going on. And yet, somehow we end up with a character who is legitimately worse than the dumbest of shonen heroes.

And what’s up with the “Virginity is bad” junk? Is that the creative team just trying to be edgy? Or hip and with it? Either way it’s an attempt at humor that falls as flat as the rest of this series.

Oh, and look there! The kid who was bitten by a vampire in the first chapter came back as a vampire and we’re supposed to be surprised!? It would take a five year old reading this manga to be surprised by that twist. Literally the entire world knows that if a vampire bites you, you become a vampire. How is this meant to be a surprise!?

And why has he aged? Vampires are dead! They cannot age! Even Twilight got that part right! (Mostly) You hear that manga? Twilight did a better job at writing vampires than you are! 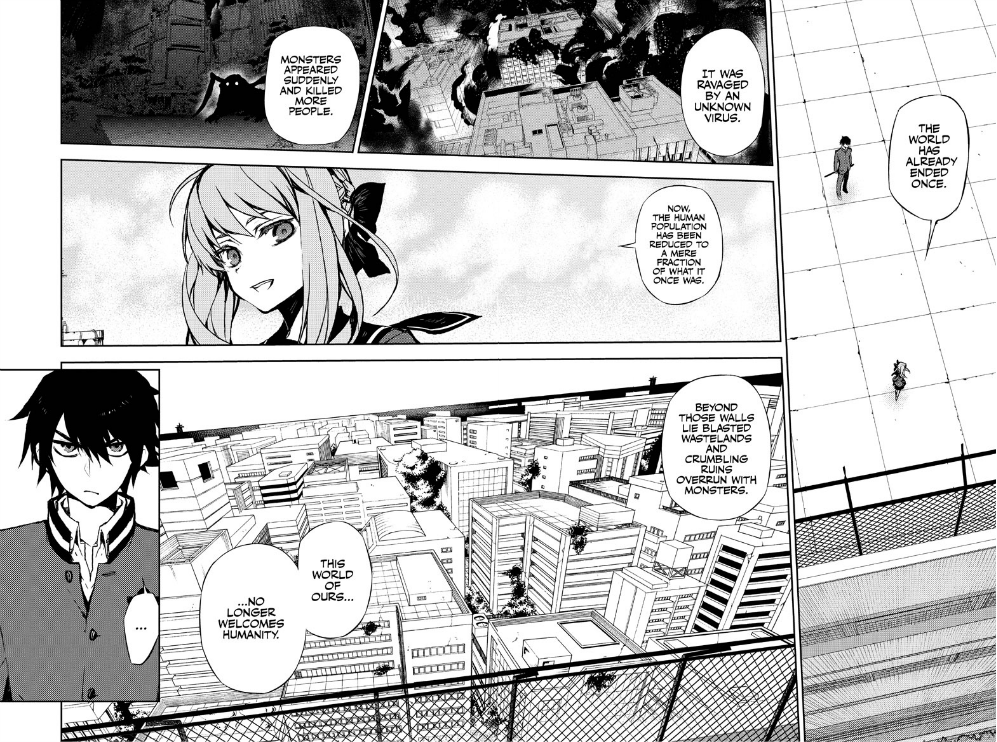 Toriko Ch.255
I’m legitimately surprised Ichiryu is alive. I thought for real that he was going to die, especially after all the buildup the past several chapters. But, other than that twist the rest of the chapter mostly just shows people dealing with the meteor spice, and for the most part it looks like everyone will be fine. Still, a very fun chapter. 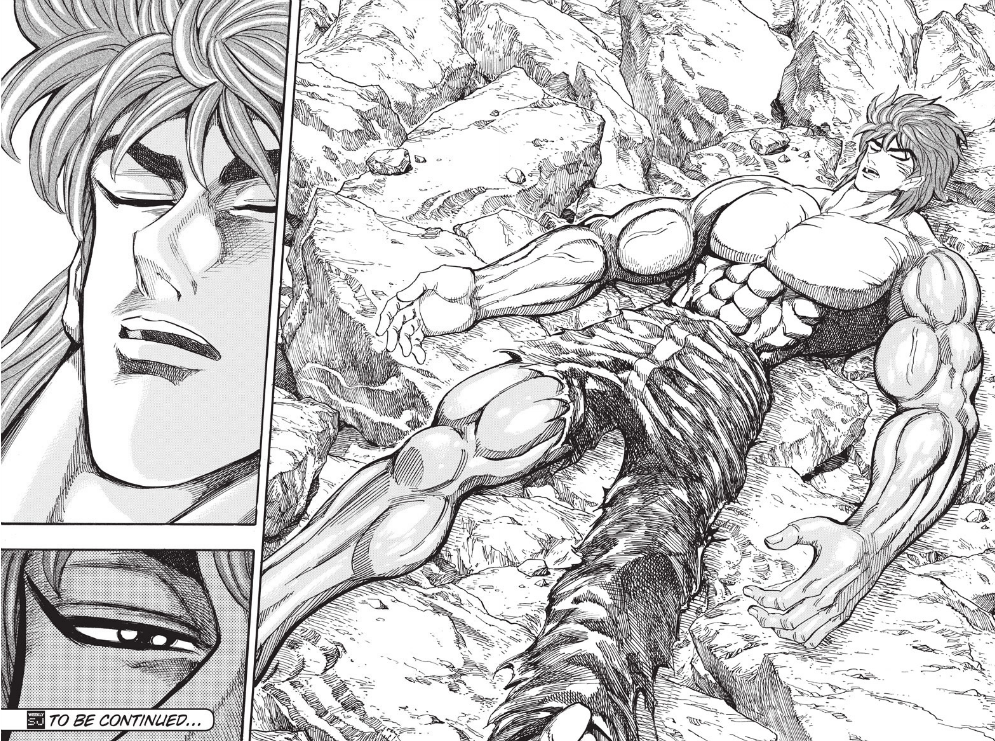 Dragonball Z Ch. 37
Goku continues to win, breaking the chapter by chapter flow that we’d established prior. Which works well because it allows the reader the illusion that the battle may be over soon. Which of course we know is not true, or at least those of us reading this series for anything but the first time. I have to continue wondering, why is Goku’s Kamehameha yellow when the one in the anime was blue? 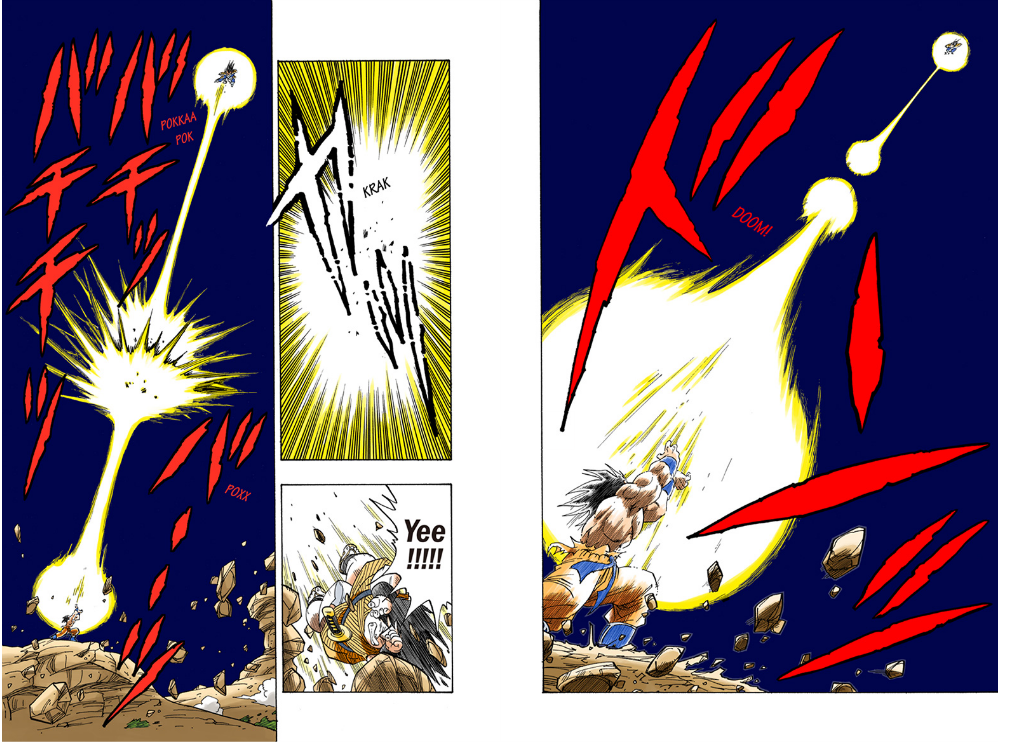 So with three chapters in, what does everyone think about Seraph? Let me know in the comments if I’m overreacting or if it’s not pissing me off enough.