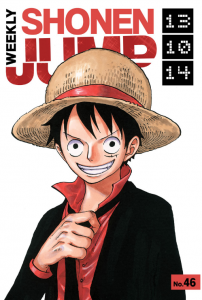 Would you believe me if I told you writing the introduction to my reviews is the hardest part? Well it is. When reviewing the actual chapters I have something to base my comments off of. But when actually writing an introduction I have to chose either something from the chapters to talk about, or just think of any random thing. And after doing a couple of reviews one tends to run out of things to say. So the clever writer will make a big deal about how he has nothing to say in an attempt to fill up the space with text that everybody skips over anyway. Thus he creates the illusion of having written a full review, with an introduction, middle, and conclusion, when in fact all he did was prattle on about how terrible a writer he actually is. And by making it a dense section of text he deters even those readers that read the entire review. Thus, the deception is cleverly put into action.

Only one thing could stop me now, if for example I wrote a second, shorter paragraph that is easier to read where I admit to the deception. Hence prompting readers to take a closer look at my first paragraph.

One Piece Ch. 724
Well, Sanji got beat like we expected, but at least he didn’t look like a complete clown. We already have two literal clowns in this series, we don’t need a formerly badass character joining their ranks. And while we had already figured out Doflamingo’s power we get the first official confirmation from Oda that his power is in fact string based. We also get an explanation of how he can “fly”. While I’d assumed that he could swing from his strings, it wasn’t clear how he was able to do that over the open sea. And it turns out that the way he does it would put Spider-Man to shame.

While Law declares the alliance broken, and it may be tempting to think he’s doing so out of his own convenience, keep in mind that he had a chance to denounce Luffy and his crew at a very convenient moment. Instead he stuck with them and I think that his intent is mostly to protect them. Partially because he doesn’t plan on living beyond this moment most likely, and he needs them to continue the plan, but I still think that a part of him has grown fond of the crew and wants to keep them safe. Now the question is, what exactly did Doflamingo do to Law thirteen years ago? Oda is too good a writer not to have it be connected to the Riku dynasty, if it were a separate even then the arc would be just that much clunkier. Chances are high that Law was a former member of the Riku dynasty. 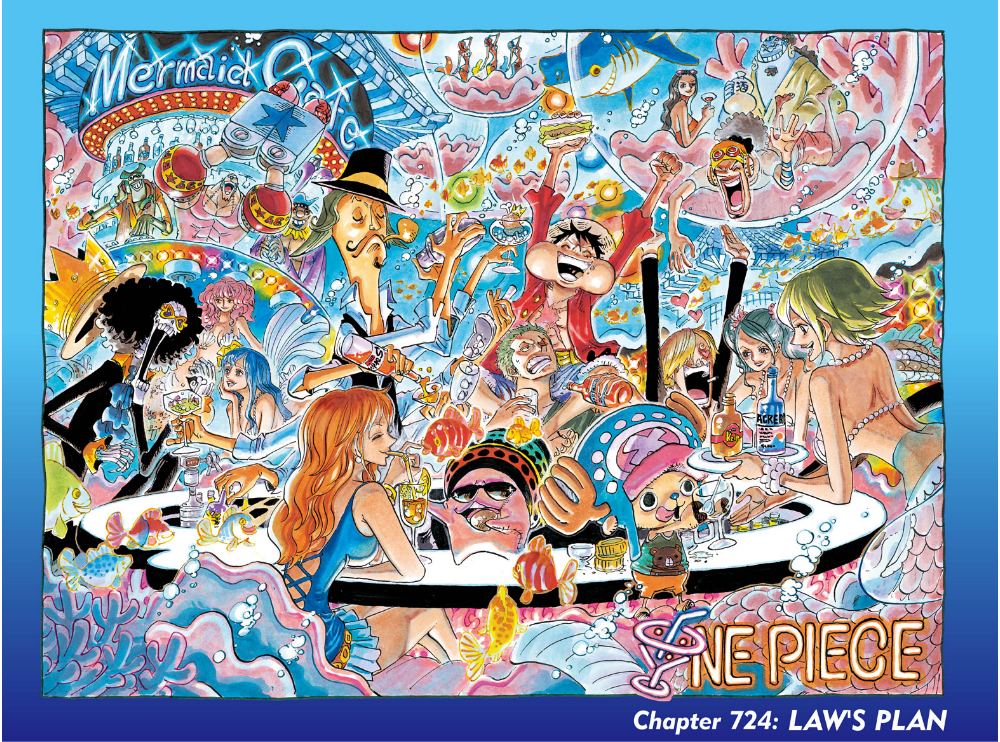 Seraph of the End Ch. 002
So our main character is being forced to attend high school in order to make friends? Because he doesn’t work well with a team? I’m not even going to bother learning his actual name, because I’m just going to be calling him Twilight Sparkle for the rest of this series’ life.

And is it just me, or does that seem really lazy of a military organization to send one of their operatives, no two of them actually, to a regular high school? Aren’t there team building exercises they could do within their own organization? Or are they so underfunded that they have to outsource to the local high school? And if the local high school has the funding to teach people about teamwork but these vampire hunters don’t, then how do they have the resources to fight vampires?

This might actually explain why they didn’t bother saving any of the children being held by vampires. I mean, obviously budget cuts were made and sacrifices were unavoidable. Why else would a group that clearly can take out vampires with ease not be flushing that underground city out?

But what really get me is that this series was sold to me as a post-apocalyptic vampire story. And what do we get? High School. Gosh darnit Japan you couldn’t help yourself? You just had to make it about High School somehow didn’t you? I think the phrase “having your cake and eating it” as nonsensical as it may be, applies here. I mean, really? We went from apocalypse vampires to High School setting within two chapters? That’s almost phenomenal really.

And the main drive of this chapter is made completely irrelevant by the end, when Twilight Sparkle makes a friend and qualifies for the elite vampire hunter unit. What do you want to bet this plot point never comes up again? In which case, wouldn’t it have been easier to just introduce his friend in a different way? There’s no good way around this. If the High School remains a plot point I’ll be pissed because it’s such generic garbage. If it never comes up again I’ll be pissed because this chapter wasted our time. Well done, Manga.

And for those of you that get the Twilight Sparkle reference, here’s another one for you:

Today I learned that friendship is important, even if my new friend is clearly going to be the most annoying character in this series.

Oh yes, I also learned you should get bent.

Naruto Ch. 650
I recall that at some point something happened in this chapter. But I can’t remember the details. I should probably write these reviews right after the chapters come out. Except I know for a fact that I wouldn’t remember any of it better then! All I can remember is this vague sense that nothing new was learned, rather something I’ve already known for years was emphasized. Which would be all good and fine, but I just can’t get over how little of an impact this series is leaving! On the plus side, thanks to the Shonen Jump Podcast I’ve learned that the war has been going on for 150 chapters. For the record, the war officially started with volume 55 of the manga. Which was published back in 2011. This has been going on for almost two years. For the record, the series is 651 chapters long. This war has taken up almost a whole sixth of the series. Even more if you consider that there was a 50 chapter lead in to the war. This makes me sad. 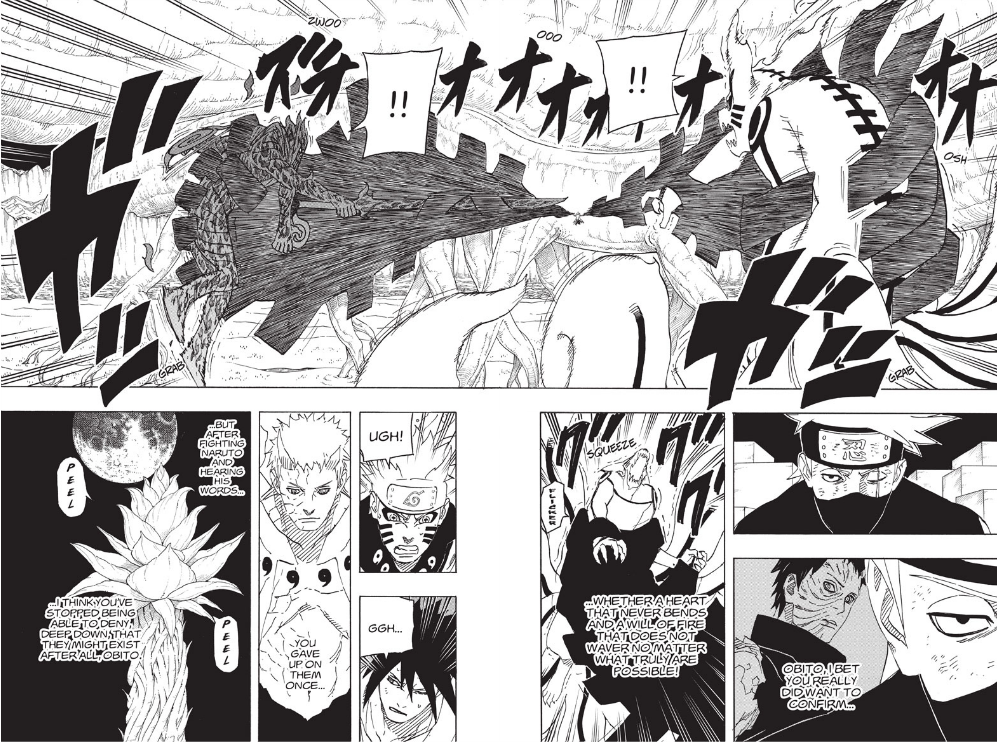 World Trigger Ch. 034
While I’m still not a World Trigger fan I do enjoy Kitora as a character. She’s had some badass moments and this chapter actually had some funny moments. Sure it was a typical “This girl has a crush” trope, but Kitora’s reactions are so out of the ordinary that I can’t help but enjoy her. And the fact that she doesn’t turn Osamu in for not defeating the Neighbor he became B Rank for. Rather she just uses the information for her own validation. She’s glad her initial read of him was right. She doesn’t turn him in, which is what I would have expected from a character like her. Which is what makes her that much more enjoyable.

I also appreciated Chika’s scene at the end. It was amusing. And there is my biggest problem with this series. It has potential, and plenty of fun moments, but there are some major, major flaws that mask the good moments.

Bleach Ch. 552
This arc has done nothing but retcon the entire series. And in places where it doesn’t need it. We don’t need another reason for the Quincy to hate Hollows. The death of a family is a perfectly valid reason for someone to become villainous and vengeful. Just ask Kishimoto. And I have a problem with the statement that the death of family members isn’t enough to inspire the kind of hatred the Quincies have for Hollows. I beg to differ. If some kind of monster ghost killed my family I’d be enraged enough to destroy them all. Kubo is just complicating his series where it isn’t needed. And that alone is a massive shame.

One-Punch Man Ch. 029
Nice to see this series can expand its humor beyond “He’s strong.” Here the joke is “He’s completely out of place.” And sure a part of the joke is that all these elites are looking down on Saitama when he could beat them all. But if nothing else this chapter was great for world building. Nice to see all but two of the S Class heroes. 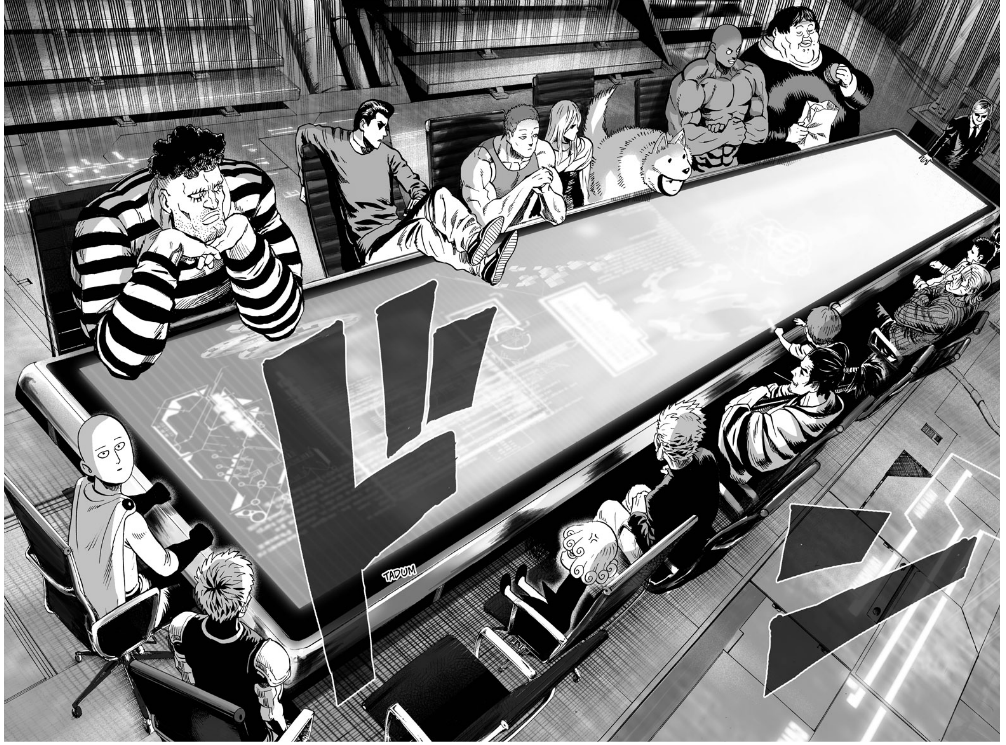 Nisekoi Ch. 094
While Haru wasn’t unbearable this chapter, I would have liked it a lot more had she not been the focus. Please stop trying to cram her down our throats Naoshi. You’ve got plenty of great characters, so please stop trying to force this one on us. The chapter was plenty enjoyable, but I just can’t get over the fact that the whole chapter was focused on a subpar character.

Toriko Ch. 253
While the backstory has been excellent, I don’t think it has built proper motivation for Midora. The motivation may be there but we don’t actually get to see the moment when Midora turns evil. It’s covered in one of the montages, but because we don’t actually get to see the moment it doesn’t have any kind of emotional impact on us. Considering that was the point of the backstory I can’t help but feel let down. At least we get an explanation for how Froese came back from the dead, and why her first picture in the manga showed her with long hair. Overall a good backstory, but a bit lacking towards the end. 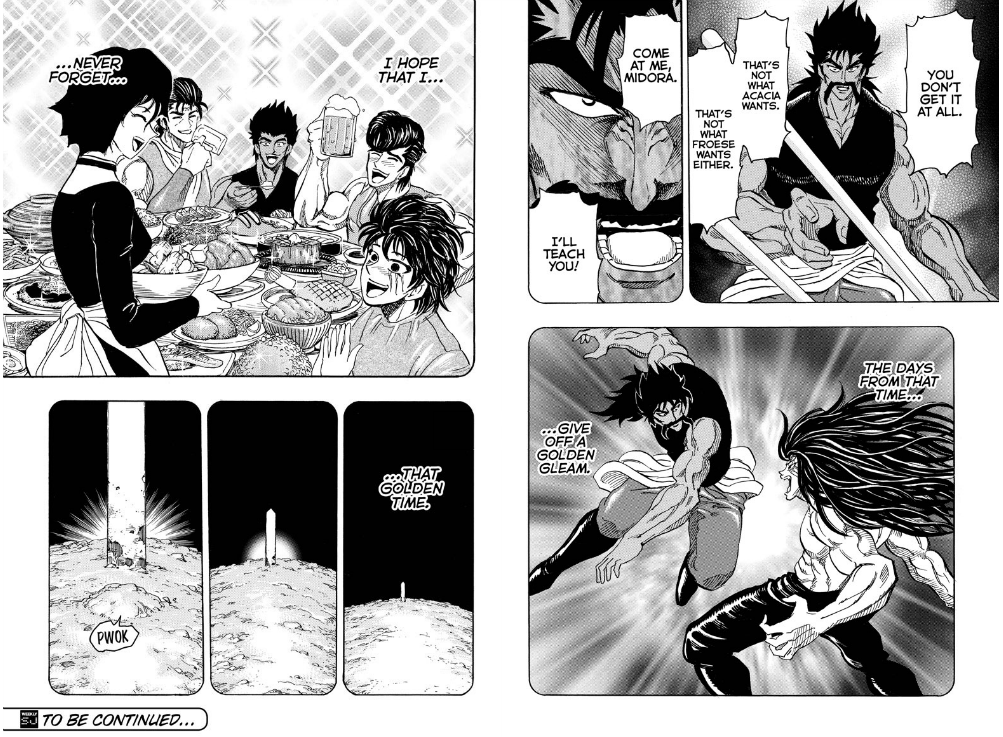 Dragon Ball Z Ch. 035
Don’t get me wrong, I like Dragon Ball. But what can I say beyond, “They fought and it’s fun to look at.” There really isn’t much else to it. At least right now.

While most of my comments are negative, I did enjoy this week. If nothing else One Piece was great, and Seraph of the End was the source of much hilarity. So tell me, two chapters in, what do you think of this new series?