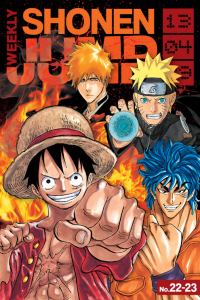 This was an amazingly strong week for Weekly Shonen Jump. The majority of the chapters were all excellent, with two exceptions, and once again One Piece has somehow managed not to be the top chapter this week. In fact, in my personal rankings, it’s actually just number three. How did this happen? Keep reading and find out. And as always, let me know in the comments how wrong I am.

One Piece Ch. 707
One Piece was excellent this week. Don’t think that it was any weakness of Oda’s that made this week’s chapter fall in my own personal rankings. We actually get a really good look at the fights and all the different characters. I’ve been loving the design for the Fighting King Elizabello II. There’s just something about that goofy boxing pose of his that is charming. Though, the idea that his punch can take down a wall would be more impressive if it didn’t take him an hour to charge it up and there weren’t characters who could do the same without charging their punches.

I love how Oda manages to include new plot lines in an almost flippant kind of way. Former Gladiator Ricky clearly has an important story, but not more than a couple of pages is spent on him. My best guess would be that it’s somehow connected to Rebecca’s developing plot. Oda also uses this chapter to make Bellamy appear much more formidable than he was. Even his at first goofy power is actually kind of badass. His punch is like one of Luffy’s punches, only he doesn’t have to stretch his arm back first. 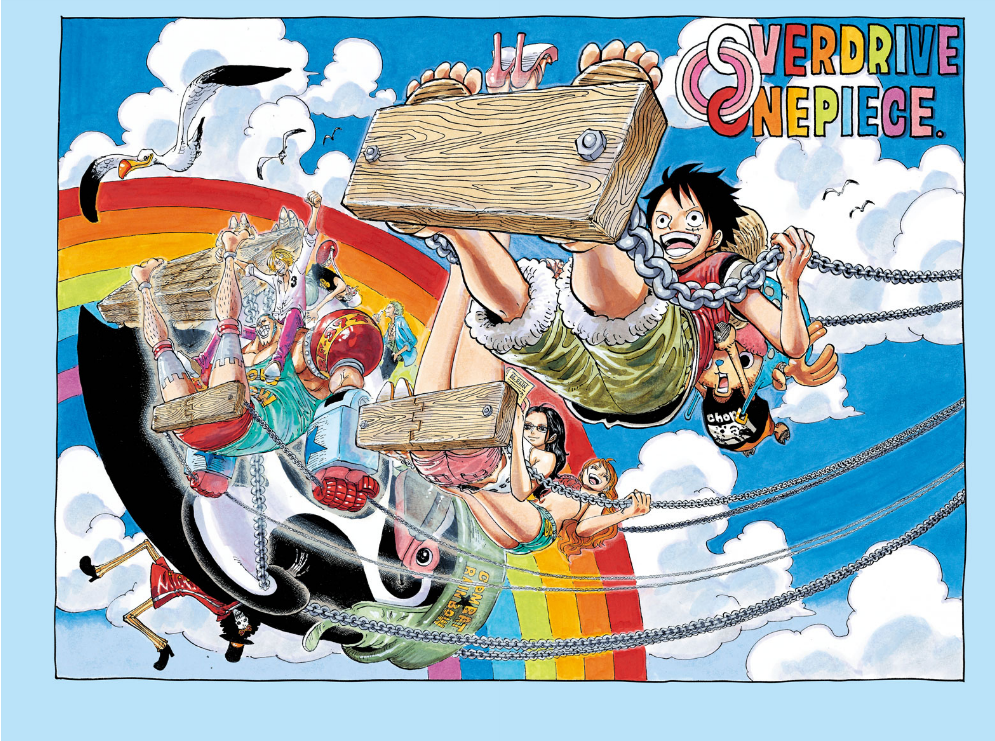 Naruto Ch. 628
I could go on a long rant about this chapter. Not even because the chapter itself is bad, but because the last chapter was the final blow for me. This series has constantly moved from being good to bad to good to bad to decent to bad to boring to bad to screw-this-I’m-out. The bad moments on their own aren’t that terrible, but they keep getting worse, and after years of putting up with this pattern, the latest batch of stupidity was the last straw. I was almost ready to give this series up after the Kage summit. After the last chapter, and then realizing how much I don’t care about this series anymore, I would give it up. Except that I write a review for it every week, and I cover it on a podcast.

If you want to know the biggest problem I have with the series now, it’s that every time I see any of the characters I remember all the stupid, terrible writing decisions Kishimoto has made in the past. The worst part of it all is that from what I’ve seen of interviews of him, Kishimoto seems like a pretty humble kind of guy. So I feel bad ragging on his series so much. But the fact remains that Naruto should have ended years ago. And a good chunk of the cast should have been excised from the series well before then.

Like I said, I could go on a long rant. Instead I’ll keep it to a medium rant.

Mario One-Shot Prelude
After the intense bad feelings Naruto left with me this week, I actually found myself enjoying the few pages of this prelude we got. I really think Kishimoto would do quite well if he just started a new series. Drop all the baggage Naruto has accumulated and just try again. It’s outlived its welcome and I wouldn’t mind seeing a completely new series.

World Trigger Ch. 012
The best I can say about this series is that it’s boring. It doesn’t have any pizzaz and the characters aren’t exactly memorable. It didn’t bother me before, but Yuma’s default face is really getting on my nerves. Sadly I can’t even build up any kind of vitriol to make my commentary about this series entertaining. It’s just boring.

Bleach Ch. 535
Bleach manages to remain adequate once again. I do find it a bit annoying that there needed to be some kind of convoluted reason for Isshin to stay with Masaki. Is it too difficult to just have him fall in love with her and leave Soul Society for her? That would certainly be a better love story and is pretty much the story readers have been telling themselves for years. Is it really necessary to complicate that? It does provide a good explanation for where Ichigo’s hollow powers come from though. And I do appreciate that Isshin’s “Well duh” answer fits the overall attitude readers have had. Of course he’s going to stay, after all how else would he have three kids with her. But overall the story has been interesting enough that I don’t mind already knowing the ending. 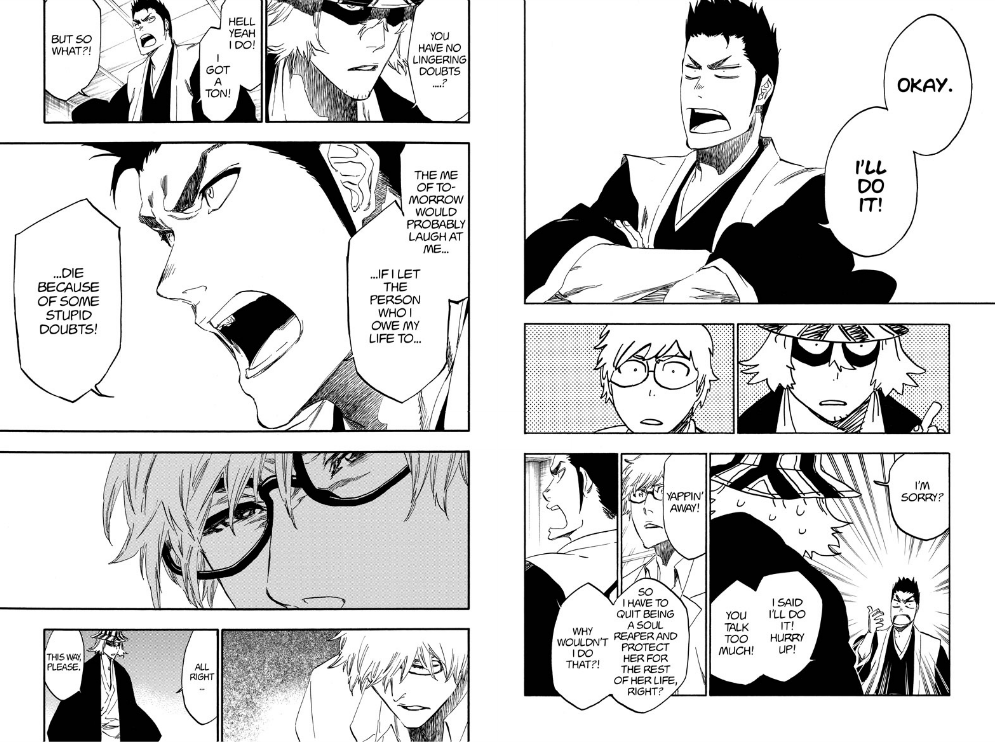 Nisekoi Ch. 072
You wanted to know what my number two was for this week? Nisekoi continues its strong streak with another comedy-heavy chapter. It dips in quality when things get too serious, something One Piece does not suffer from. But at its strongest Nisekoi can trump even One Piece, at least where I am concerned. And this is no mean feat. Nisekoi was just beyond funny this week, and the comedy stretches on to the next chapter. What more could I, as a comedy fan, possibly ask for? 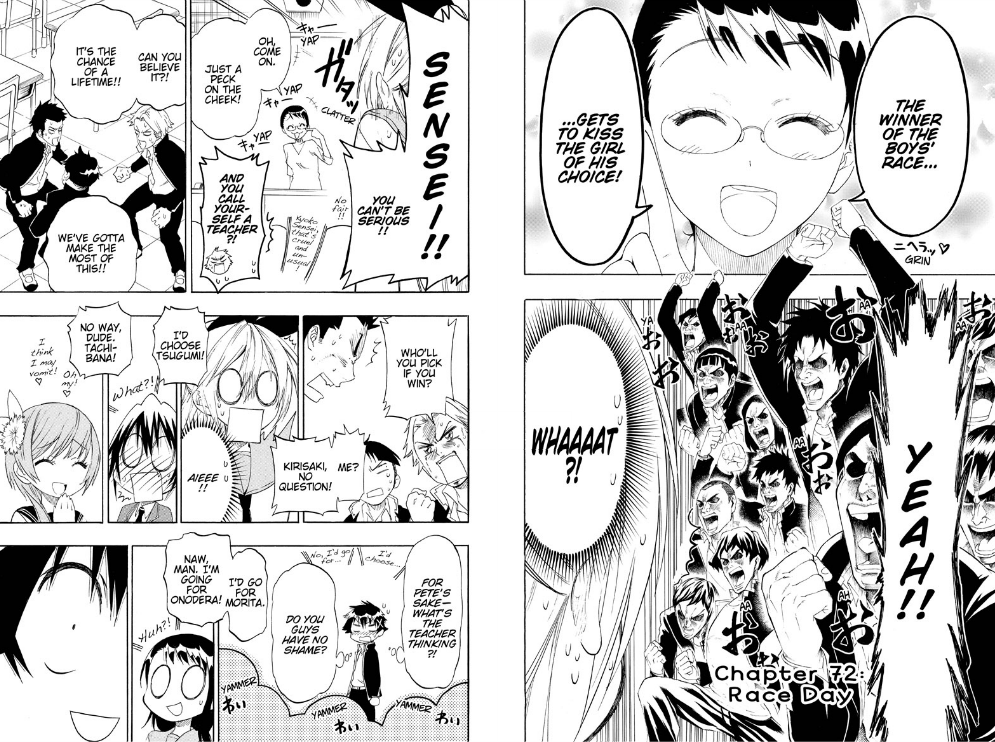 One-Punch Man Ch. 015
One-Punch Man is back in form after a few lackluster chapters. They were entertaining at the time, but it isn’t until now that I see how they were relatively duller than what this series can be at its strongest. And they did it with a punch to the balls joke. How does that happen?

Dragon Ball Z Ch. 013
I’m sorry, but I can’t think about this series without thinking of the corresponding episodes of Dragon Ball Z Abridged. This was definitely a step upwards from the first few chapters. Seeing the focus on the wilderness of Dragon Ball does make me regret that later on in the series it will become a lot more urbanized, which is a real shame since Toriyama is great at designing and drawing monsters. Fewer cities, more dinosaurs please.

Toriko Ch. 231
This. Chapter. Was. Amazing! And yet it was only my number four this week. In any other manga I’d call OP shenanigans on Zebra. But his presence and balls-out badness transcends literary criticism and touches the depths of my primal macho drive, bypassing any argument that isn’t expressed as a gutural roar of badassitude. I don’t need any kind of balance or logical progression of strength, I just need Zebra messing even the biggest baddie up.

And yet, Setsuno is even more awesome than that hulking pile of muscles. Toriko is a very unusual series.

Cross Manage Ch. 031
I’ll probably get calls of “Traitor!” from the One Piece fandom for this one. But Cross Manage was the best chapter this week. We actually get to see a proper lacrosse game for what feels like the first time since the series started. And the game isn’t finished in a single chapter—that’s completely unheard of in this series. And boy does it pay off. After not seeing any games in so long, spending all the time on character development, we finally get to see how good Kato actually is at drawing a suspenseful game. Sure the final twist was easily called, but it was so well portrayed that I didn’t mind. Having gotten to know all these characters really helps this first actual game stand out. I would have liked to see more of the other characters—that would have helped certain moments—but I think this was a strong enough showing that Cross Manage should survive the next wave of cancellations and allow us to spend even more time getting to know the underdeveloped characters. This series has been underperforming at first, but slowly it has risen in my estimation and if it gets canned I will be calling bloody murder. 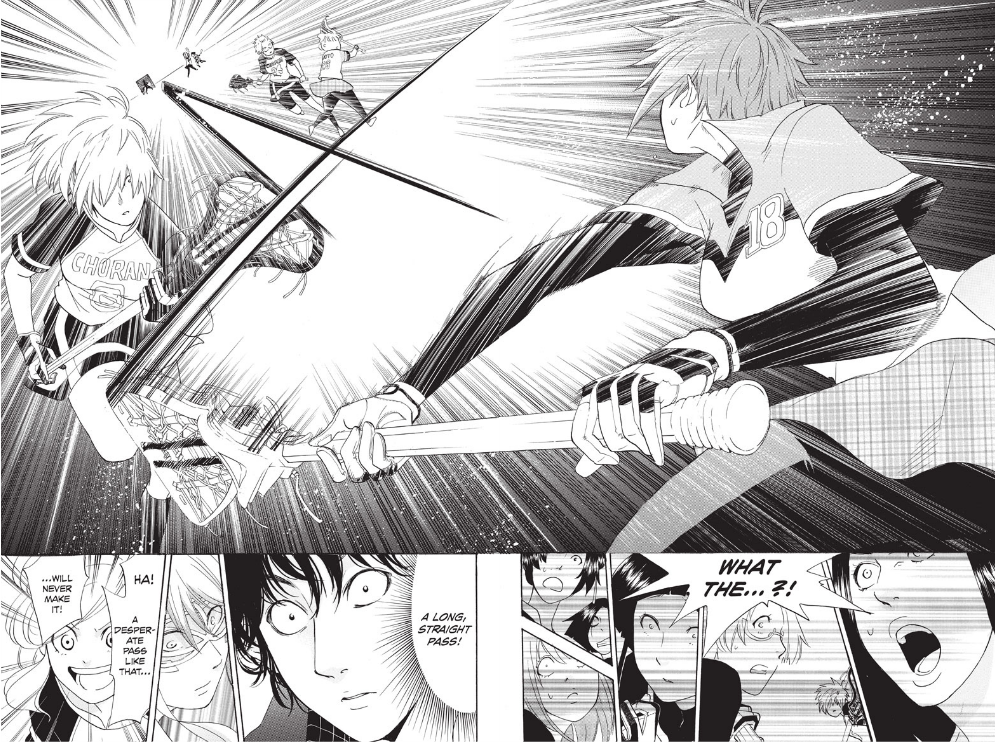 Did I explain my choices for this week’s rankings well enough? Or are you even more convinced that I’ve lost my mind? Let me know in the comments, I’d love to argue with you about it.

If you want to hear more, check out the Manga^3 Podcast Archives. Or go directly to last week’s episode, Episode 045 – April 22, 2013 – The Naruto Conundrum: Why Do People Like Side Characters More? | Cooking Papa