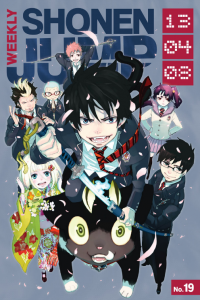 Blue Exorcist Ch. 045
Last month’s chapter of Blue Exorcist was weak, mostly because the chapter itself lacked any specific focus. It was developing background information that would be needed later, but the chapter itself—the story itself didn’t have a specific drive. This chapter, while perhaps not to some readers’ comedic tastes, worked much better because there was a specific goal to the chapter. It may have been a bit frivolous, but it was something to latch on to and follow through the chapter with the characters. Though, I think it’s safe to say that Shiemi will probably turn Rin down next chapter. Why else end on that kind of cliffhanger?

One Piece Ch. 704
Okay, I’m not even going to bother making excuses. One Piece was just flat out the best chapter this week. Bar none. I… just… it… My most coherent response to this chapter wasn’t coherent in the slightest. All the reveals, all the characters. All the everything. Especially the illogical scale maille bikini. Seriously, how is that thing staying on? I would go into more depth, but I don’t want to give anything away. This was just an incredible chapter. I’m a lot more optimistic for this tournament’s future. 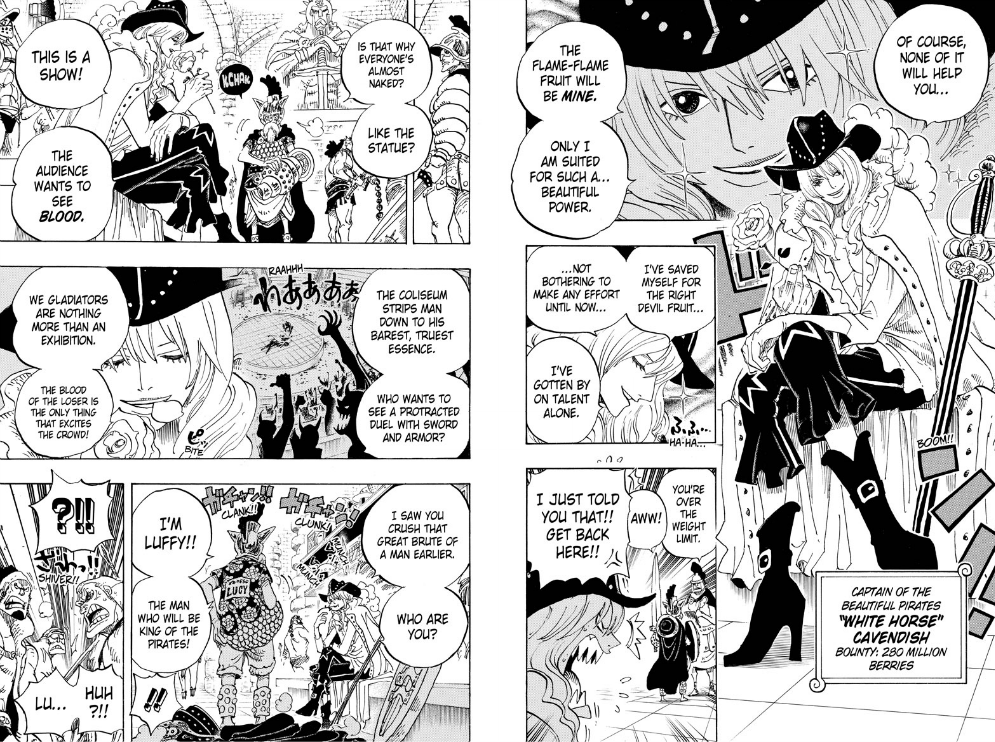 Bleach Ch. 532
Surprisingly, despite its simplicity, Bleach was excellent this week. Granted, there is not much to talk about because the entirety of the chapter was action. But when Kubo just lets himself go and gives in to the action he can pull off some wonderful chapters. Much less happened this week compared to other series, but in the context of what Bleach is, I loved this chapter. Mostly because it turns out Masaki was a badass. Who knew? This makes the fact that she was killed by a hollow a bit suspect though. Pretty sure this hollow is much more powerful than Grand Fisher. Still, on its own, great chapter. 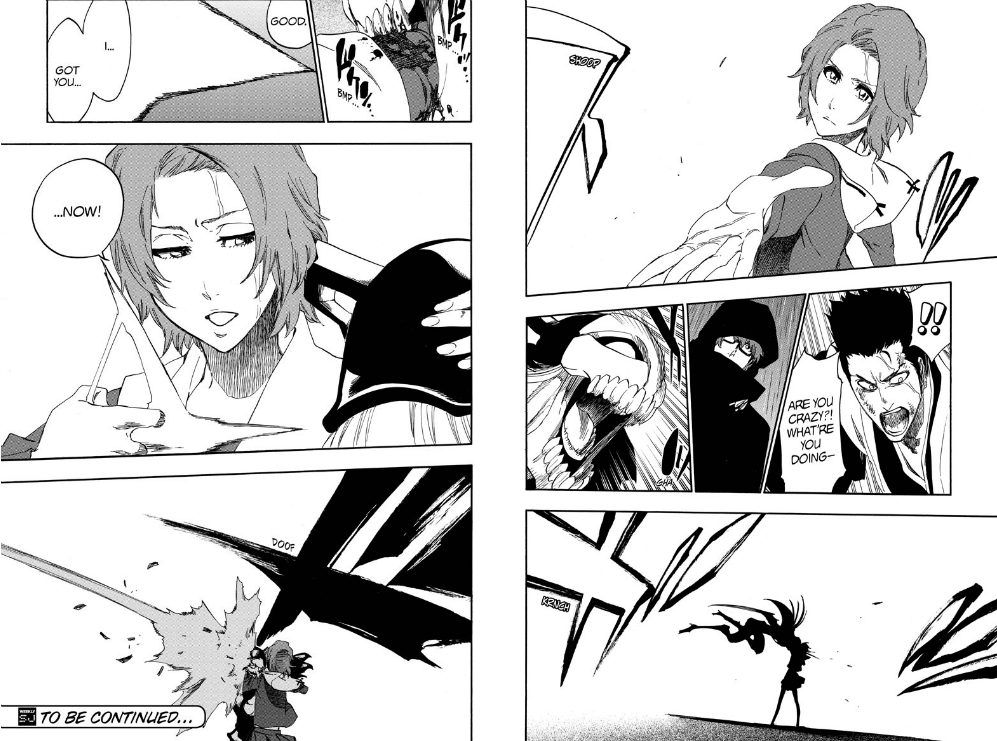 Naruto Ch. 626
At least the flashback is over. That’s all I’ll say. I had planned to go on a rant about how much I hate that the Uchiha are being shoved down my throat as victims of some kind. As if they aren’t all complete lunatics (as shown by just the past few weeks worth of chapters). But I think you get the idea.

So instead I’ll say that next week we get to finally move on with the main plot. My expectations are low, but we’ll see what happens.

World Trigger Ch. 009
Ultimately, World Trigger is just kind of boring. Perhaps things will pick up, but I haven’t really found a reason to root for this series. With all the series I fell in love with there was a reason I kept reading past the first chapter, and that reason is generally expounded upon in later chapters. World Trigger just hasn’t done that. So I really can’t say anything but that it’s forgettable and dropped the ball really early on in its run.

Nisekoi Ch. 069
And the award for best expressions once again goes to Nisekoi! While I am wary about Naoshi setting up for future ugliness later on, I trust him enough to pull this series off without leaving us all feeling depressed. As for this chapter, it was adorable, and hilarious. That’s all I’ve ever asked for from this series. The moment when Raku tries Onodera’s chocolate was probably my favorite overall moment for this week. 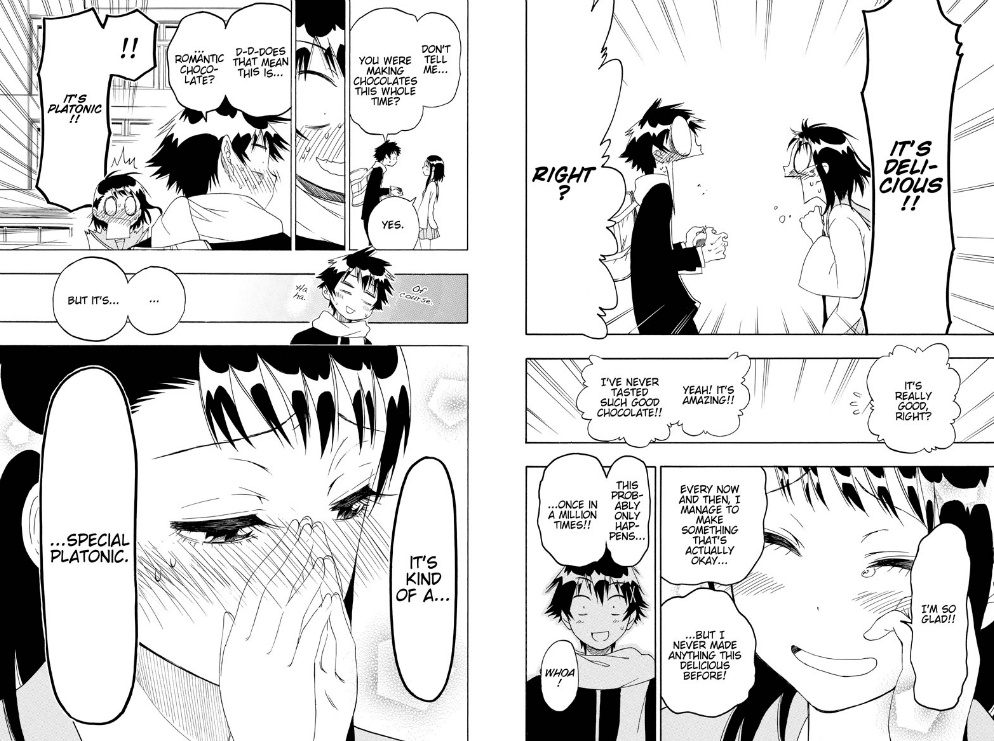 One-Punch Man Ch. 012
One-Punch Man continues the trend of moving beyond single chapter stories, and builds up towards longer stories. Sure we all know that we’re moving towards that final joke. But the journey is as important as the destination, so I say this week’s chapter is a promising start for yet another entertaining story. I don’t even mind the standard serious-type character we get in Sonic, because we all know exactly what’s going to happen with him, and it will be glorious.

Dragon Ball Z Ch. 010
Dragon Ball Z is one of those series where the action may be fun, but doesn’t leave much to discuss. I am amused by the blasé attitude already being shown towards death. But I am even more amused by the tragedy that is Raditz. Not only is he the weakest Saiyan, but the two people he thought were his friends could care less about him. No point bringing him back to life—just wish for immortality. Raditz is as forgotten by his friends as he is by his creator. Tragic.

Cross Manage Ch. 028
Cross Manage may have had a weak beginning, but I think by this point most readers are on board and praying that it gets to continue. We get a small glimpse at the characters who haven’t been explored yet, and it makes me wish that Kaito could just take his time and tell the story he wants without having to worry about cancellation. The downside is that we don’t actually get to see the game, but as I’ve said, the game is not really the point. The point is how the characters grow; their training is a metaphor for their personal growth. The fact that they won their first game doesn’t matter, what matters is who they have become thanks to their training and victories. I just hope we get more time to see who they actually are. Out of a large cast we’ve had development for a relatively small group. It sounds like the volumes are selling well, so here’s hoping that makes up for what seem to be low rankings.

Rurouni Kenshin Ch. 009
And finally, the series I have not been a fan of. This week I actually quite liked it. It helps that Megumi makes a cameo, though she is robbed of all the characterization that made her one of my favorite characters. And sure the action is well rendered but ultimately confusing, but this chapter really drives home that since it is a retelling, anything goes. I won’t give away the end, nor do I really think Watsuki will go through with it. But if he does, then he has serious guts. He’s taking advantage of this being a different continuity, and he now has my attention. 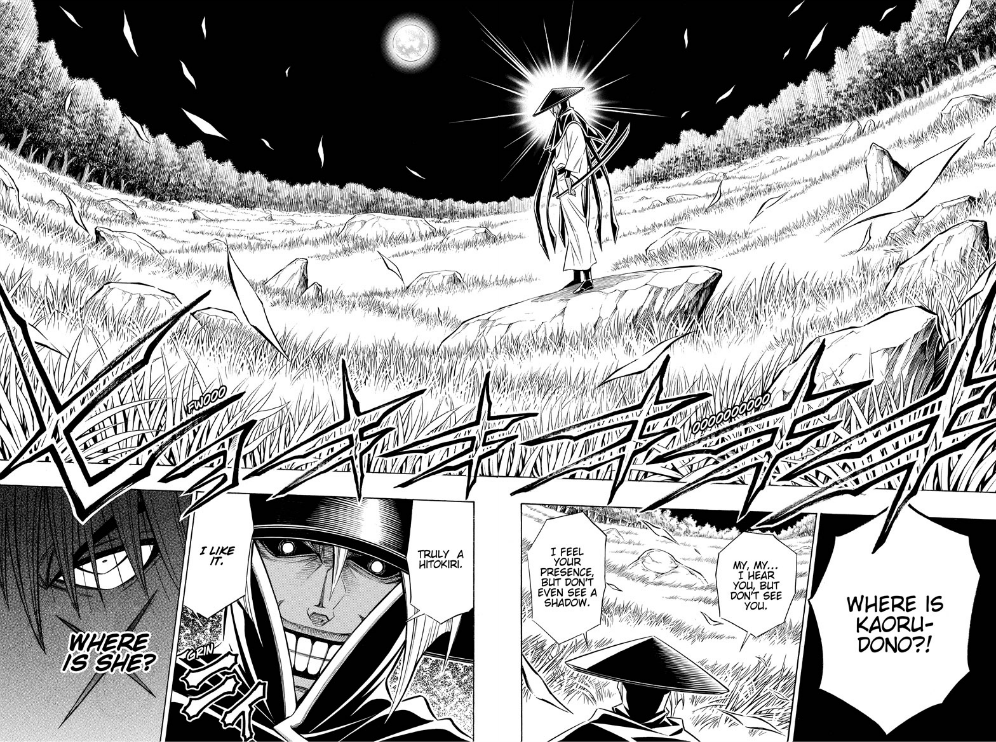 And somehow I got through all those chapters in fewer words than normal. How odd. Let me know if I missed anything, or if there is anything from this week’s chapters you would like to discuss. The comment section is just at the bottom of this page.

If you want to hear more, check out the Manga^3 Podcast Archives. Or go directly to last week’s episode, Episode 042 – April 1, 2013 – Abridged Series | My Little Pony: Friendship is Magic Volume 1.