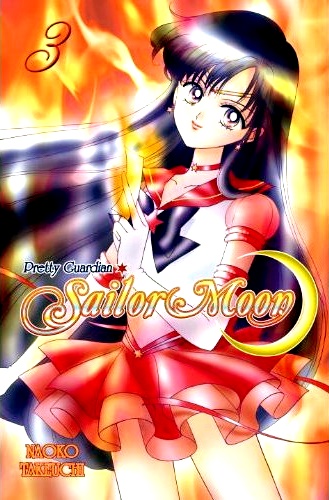 For those who must know, compiling my data for all of 2012, Sailor Moon volume 3 barely edged out the other Sailor Moon books to be the #1 ranked title. Volumes 1-4 are close enough that they are statistically tied for the top spot, followed by Sailor Moon volume 5, then Maximum Ride volume 5. The next books of note would be Black Butler volume 1 (ranked at #12 for the year), some of Viz’s box sets (Death Note, Zelda, and Fullmetal Alchemist), and Naruto, which starting at #17 and very closely grouped, managed to put vols 53, 54, 55, and 56 all into the top 25.

Why am I posting the 2012 Combined Bestseller List this way? Several reasons: First, many readers have asked me for context, not just the long, long lists. Second, my “bestsellers” are relative and my sources kind of iffy: The paragraph above gives you the flavor of the chart without devolving into arguments over why one book beat another. And finally: I hate the arbitrary year-end chart anyway. But I’ll get into all of that.

Out of convenience and for the sake of simplicity, I’ve always called the list a “bestseller” chart — which is perhaps what misleads some people. If you have access to sales numbers, the top 10 books on any given list should always be the same: after all, if Magical Romance Kingdom sells 1200 copies and Ecchi Omnimanga Robot only sells 1100, then the one will always outrank the other.

If we’re both compiling ‘bestseller’ lists, why are my results always different from The New York Times?

There is a lot of data available to the right people, but much of it is never released as both publishers and retailers consider the data proprietary. Neilsen BookScan is the gold standard, and with the recent addition of sales data from Wal-Mart BookScan tracks 80% of all retail book sales, including sales through Barnes & Noble and Amazon. Obviously this would be great data to know, but subscriptions are so expensive you won’t even see prices listed on their website. If you have to ask: you can’t afford it.

Coming from the other side, in 2011 the Association of American Publishers and the Book Industry Study Group combined their respective efforts on tracking publishers’ data and established BookStats. The BookStats reports are industry overviews, though, tracking performance by subject, genre, and format, as opposed to weekly sales of any one given book. It makes a nice complement to the Neilsen data, or so I assume as both sets are well outside of my price range.

The New York Times and the numerous variations of their ubiquitous bestseller lists [they’re up to 20 different lists at the moment] don’t use reports from either: the Times conducts a survey of some small sub-set of retailers and then weights their survey results by a secret arcane formula and then they post the results as a ranking without ever telling us a number. How many more books did Patterson sell over Grisham? No telling.

I can’t say I hate the NYT Bestseller list, or that it’s ‘wrong’ as my methodology is essentially the same as theirs — I’m just much more open as to what my sources are and I always include the weighted score in my rankings. (Not that anyone has really expressed an interest but it’s there for folks to check if they want — When Sailor Moon is ranked higher than Naruto on my list, we can all see why, and proportionally by how much, to the limits of my methods)

Since I don’t have the point-of-sale retail numbers or even a second-hand version like the Times, just what am I tracking?

With so much under lockdown and behind paywalls, I turned to the one source of manga sales data that is readily available to everyone: online sales sites. Load up Amazon and click just a couple of links and you’ll soon see for yourself, as in the course of their normal business Amazon gives you a list of manga. They’ve moved away from calling this a bestseller list at the category level (current terminology is “new and popular”) but they certainly use their own sales history data to determine what to push to the top.

However, we can’t treat sources like Amazon (or any sales site) as an impartial, authoritative source for even a comparative ranking: does Amazon have a legitimate financial interest in making sure folks searching for Death Note see a 13 volume box set [list price $99.99, selling for about $58 at the moment] before the customer sees the more affordable ‘black’ omnibus editions, or even the single volumes for sale, used, starting at prices as low as a dollar each? Of course they want to make the most off of a sale.

“While the Amazon Best Sellers list is a good indicator of how well a product is selling overall, it doesn’t always indicate how well an item is selling among other similar items. Category and subcategory best seller lists were created to highlight an item’s rank in the categories or subcategories where it really stands out.” … “For competitive reasons, Amazon.com generally does not publish this [Actual Sales] information to the public.” Straight from the source: Amazon’s help page for Best Seller Rank

Does Amazon have any obligation — expressed, implicit, or as part of their retail mission — to be an objective source for either journalistic reporting or literary criticism? Of course the answer is no.

What does one do when presented with an unreliable source that may be lying for its own benefit?

Get more sources. Also, whenever possible, “re-interrogate” the source to see if it comes up with different versions of the same story (trying to catch it out in a lie, metaphorically speaking).

I do both. My core data is a version of Amazon’s list that takes into account their “ranking” but also samples heavily from parallel data pulled from numerous Hourly Bestseller lists, set alongside a similar data pull from Barnes & Noble, and for my “third source” I combine data from Buy.Com, Chapters, Books-a-Million, and Powell’s — each of which, separately, are idiosyncratic to say the least. However, when 3-out-of-4 agree on a number one, I feel fairly confident about the choice. By combining the smaller sites I reinforce what I like to think is ‘good’ data and discount any high-ranking outliers that might otherwise crop up.

Outliers creep into the data anyway, because I don’t have the sales numbers. I can only see what the online retailers Are Trying To Sell To Me: you could consider my chart a list of online sales efforts rather than tracking actual completed sales.

After choosing sources and procuring data and (where applicable) assigning weights to data based either on assumed veracity or assumed sales volume: at that point it’s simple arithmetic. Add up the scores and award first place. In practice, I call this a best seller list, though if you’ve seen the posts, you know this is almost always followed by the sub-title, “Comparative Rankings Based on Consolidated Online Sales”. And while some might want to see clarity and truth in such a list, as someone who mucks around in the data on a weekly basis, I know the limits of the method as-well-or-better than anyone.

There has been a disconnect:

I like data. I do independent research, look for original sources, always question any cited statistic, and would rather ‘drink from the firehose’ if that option is available.

My readers don’t want to drink from the firehose. Stretching the metaphor: most casual manga enthusiasts would like a nice cup of tea, maybe with a scone.

Even the most wonkish of industry insiders don’t want the full treatment either. If I turn the firehose on them, rather than being cautiously curious and willing to look through it all, or enthusiastic about being given access, or being grateful that I’m willing to share so much with everyone, the feedback I get is that the manga bestseller lists are ‘unclear’, ‘confusing’, and ‘overwhelming’.

I get it. It’s not that the list is confusing (a numbered list, starting with #1…) but rather: readers lack the deep background to see the lists the same way I see them. Hell, I live in spreadsheets half the week, and my ‘free time’ is spent working a 40+hr-a-week job – front-line retail selling books and running a big-box bookstore. My viewpoint is skewed and my approach to sales figures is, unique.

My first attempt to translate from spreadsheet-to-English is “successful” in its own way, but it only gets us a third of the way there. Or less.

The lesson everyone should take from the amazing success Nate Silver enjoyed in 2012 is *not* that Nate was right. It is no longer enough to merely be correct: you have to sell it. You have to be able to put data into a narrative, you have to tell the story.

This takes longer. It takes a lot longer. And I was initially hesitant to do so because I don’t want to be accused of pre-digesting and ‘skewing’ the reported result to serve my own bias. But, in order to reach more readers and make it clear why I spend so much time compiling these reports, I’ll make the effort.

If it seems like I’m giving you too many numbers on a weekly basis, things get even worse at the end of the year.

First: The calendar is arbitrary. New manga volumes come out each week. They’re ‘new’ for a few months, and depending on the life-cycle and release schedule of the series, they’ll be in demand for six-months-to-a-year and then they descend into the forgotten basement of both bookstores and fan consciousness. A single snap-shot might catch a title at the very beginning, or the very end of its arc. Volume seven of a seven volume series will be considered very differently than volume seven of Naruto, Bleach, or One Piece. Merely looking at the bright, shiny “#1 Manga For 2012!” will blind you to what is actually going on underneath.

Quarterly charts that track each season are not only more accurate, they get closer to the actual ‘heartbeat’ of our beloved manga industry than a single, massive annual bestseller list ever will. In addition, a series of charts allows us to track titles over time rather than burying the data in a single year-end midden.

We all like year-end “Best of” lists, but that should really be the province of the critics, not of data. Good and Popular are not synonyms, after all, though there is often (but not always!) a strong correlation

I do have the consolidated 2012 data; I have plans to do quite a bit with that, including graphs and pie charts (we all like pie charts) over the next month. I’m also working on changes to the weekly reports – for once the posts aren’t late because I fell behind, but rather because I’m working on analysis. The weekly bestsellers are complete, but not ready to be unveiled yet.

Anyway, You’ve survived my thousand-word lecture so I suppose I should just get on with the posting of the lists, and the links.

Matt has been a bookseller for more than 11 years, and a blogger for more than 9. His first manga was Planetes in 2003, his first anime was Star Blazers (Uchu Senkan Yamato) in 1981: In fandom terms, this means he is ooooold. Despite advancing decrepitude, Matt maintains the world's only steam-powered differential computation engine dedicated to manga (which occasionally spits out bestseller lists) & still holds down a 45-hour a week job at the bookstore.