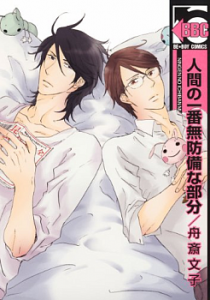 SEAN: It’s getting harder, I admit, to find things to say every week, mostly as JManga’s really sped up some releases ridiculously. As such, there’s new Crazy for You and Pride! Excited, but I’ve talked about those so much already.

ANNA: I can’t believe I’m two volumes behind with Crazy For You now! Crazy for You and Pride are for sure the titles I’m most excited about this week. I really really hope that they are doing well enough that we’ll see some similar titles coming out soon.

SEAN: There’s also a new Ekiben Hitoritabi manga, where the ongoing question has been “which cute young thing will he travel around with this time around?”

MICHELLE: I’ll definitely be reading the latest volumes of Crazy for You, Pride, and Ekiben Hitoritabi, but I admit I’ve kind of run out of new ways to say “Yay!” about them, too. Definitely glad to see them continuing to come out, and this’ll be the penultimate volume of Crazy for You, as well, which is pretty insane in terms of getting the whole series out in record time!

SEAN: Mythical Detective Loki has reached Vol. 3, which is also the last English release that came out back in the day via ADV. (Remember ADV?) From here on, it’s chapters new to North America…

The debut this week is another BL title from Fumiko Shusai. Ningen no Ichiban Muboubi na Bubun, aka Where a Person Is Most Vulnerable. It’s from Libre Shuppan, and I’ll be honest, its cover looks quite cute. More covers like this, please!

Anything catch your appetite?