There are many things to know about manga — after all, it’s existed for a pretty long time — but while there are a lot of things to learn about manga, I say there are 10 you should know already. Let’s get this list going!

10. There Is Manga for Everyone 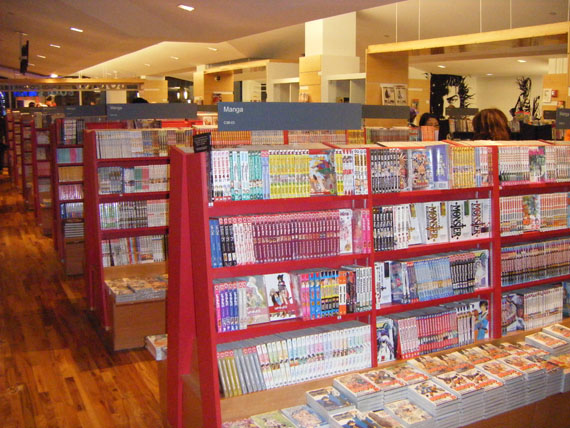 I hear that, back in the day, there was only a certain amount of manga that could be found in bookstores. Nowadays, we get to see a lot more. Stuff like Drops of God, Cross Game, Limit, or upcoming stuff like Rurouni Kenshin: Restoration and Helter Skelter are/will be in bookstores, cons, or online to order and get in print in English. You also notice how different they are, as manga ranges from shounen (young boys) to shoujo (young girls), to seinen (older men) and josei (older woman). Oh wait, we have kodomo (children’s) manga like the Legend of Zelda series too! So of course there’s manga for everyone. Don’t let anyone convince you otherwise! 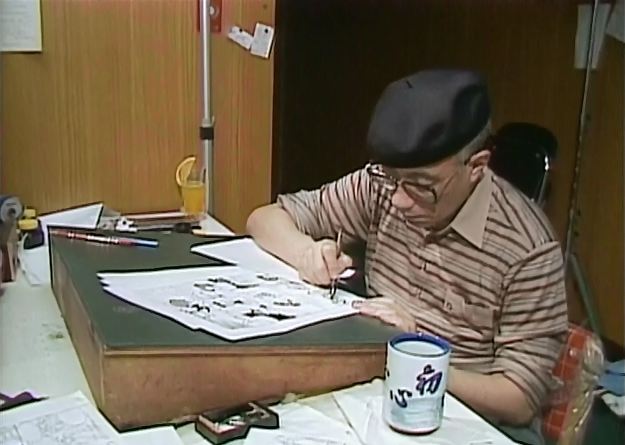 Of course some of the stuff we get to see more of now is a lot of manga from an artist known by some as the “God of Manga.” Osamu Tezuka is a pretty hallowed name in the manga and anime industry, as his contributions to comic making and later to animation set the pace for what we have today. But we know he made his name with his drawings. Known to be a prolific manga artist, a number of his works (with the help of Vertical and Digital Manga) have been published in English — from Message To Adolf, Barbara, Ayako, MW, the list goes on and on — and we’re going to get Twin Knights, the sequel to Princess Knight, next year. Who knows what other Tezuka surprises are in store over the next couple of years? For all the works that he has created (and for them to be pretty darn good), Tezuka is definitely a good man.

8. Shonen Jump Was the Last Print Magazine Devoted to Manga in the U.S 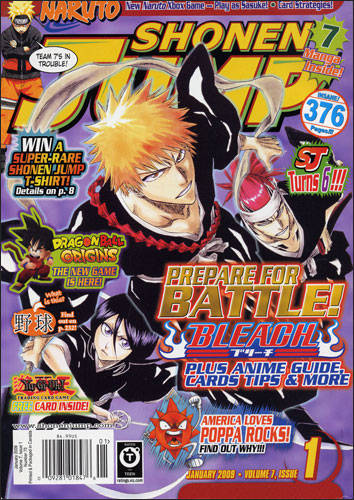 Believe it or not, manga magazines used to exist in the U.S: from Raijin Comics, to Yen Press Magazine, to Shojo Beat. If you had a need for some variety, variety existed. But print soon began to decline. With a medium as niche as manga, having magazines devoted to manga was not going to cut it financially, and all of the manga magazines ended publication. Shonen Jump became the last all-manga print magazine to end. Otaku USA does have free preview chapters of manga, but no longer can you buy a regularly devoted manga magazine. 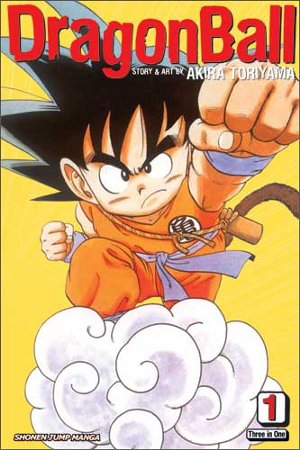 Ok, this statement may be erroneous, since I have no actual sales numbers to back this up. Though a new game came out recently. And there’s that DBZ Kai business. And Viz is even doing a 3-1 omnibus edition of it. So um, I’m purely guessing that Dragonball sells well here, despite the series ending 6 years ago in the U.S. Truly throwing this out there!

6. MangaNEXT Is the Only Convention Revolving around Manga in the U.S. 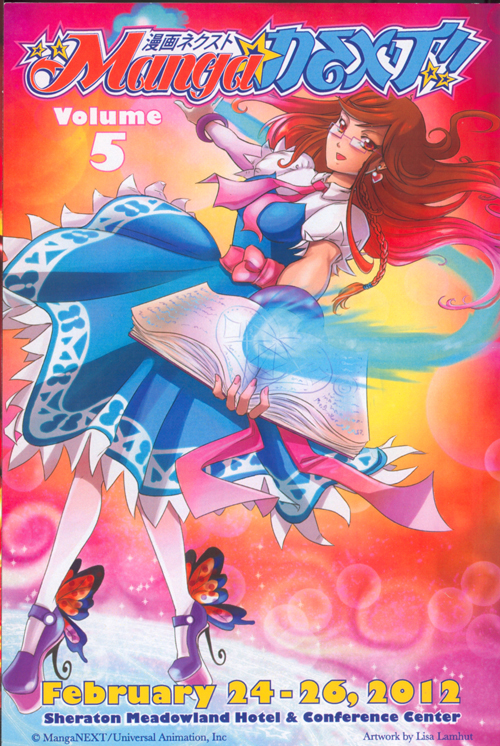 There are a lot of conventions that have their own niche, but only one in the U.S. devoted solely to promoting manga, and that is MangaNEXT. Founded in 2006, MangaNEXT has invaded New Jersey for several years since (taking 2009 and 2011 off). They’ve brought over publishers like Vertical Inc’s Marketing Director Ed Chavez, and manga artists like Felipe Smith (Creator of Peepo Choo), and when the next MangaNEXT rolls around, we’ll see what surprises they have in store for us then! 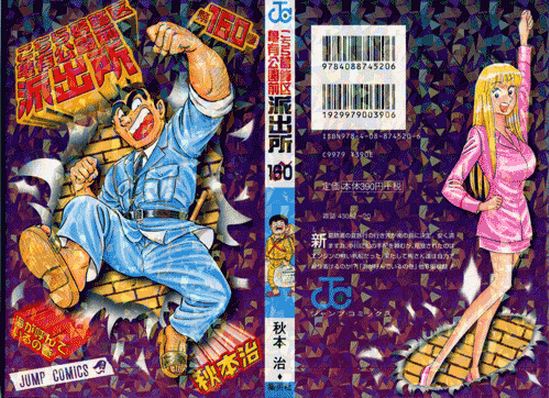 I don’t think it’s a stretch to say we all know the workload of any artist can be daunting, and of course, it can be hell for a manga artist attempting to draw a manga in a magazine (whether it’s weekly, monthly, or biweekly). But generally, most manga series get to a certain level before either declining in quality or the artist deciding it is time to end it. I don’t know which it will be for Osamu Akimoto’s Kochikame, considering I haven’t read it, but for it to be still be running in 2012 when it was serialized in 1976 is — for a better lack of a word — astounding. I’m not even sure any words can really describe how amazing/shocking that actually is. It will have to end eventually. I just can’t guess when.

4. Well, What Do You Know? Hockey Manga Exists! 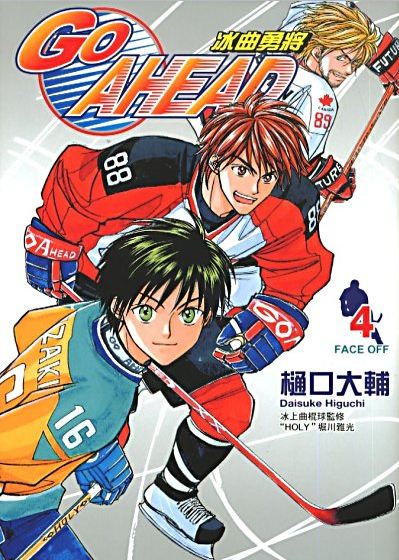 I have already said that manga is for everybody. One of the reasons why is because of the types of manga that exist. You’ll get your usual action, romance, and psychological manga, but then you’ll get cooking and sports manga. There are sports manga of all kinds, like basketball, baseball, golf (the usual big stuff), but you’ll even find the unlikely sports manga like curling and ping pong. However, I never hear about hockey manga. Well guess what? They do exist! 88, by Hiromi Namiki and serialized in Monthly Shounen Magazine; Go Ahead, serialized in Monthly Shonen Jump and created by Daisuke Higuchi of Whistle! fame; Go!! Southern Ice Hockey Club, created by Kouji Kumeta (I think Sayonara Zetsubou Sensei rings a bell) and serialized in Shonen Sunday; and Supinamarada, by Satoru Noda, are some of the few hockey manga created. Chances are we’ll never see a hockey manga published in the U.S., but if you didn’t think it was out there, it certainly is!

3. Bakuman Is Not the First Manga About Manga Artists 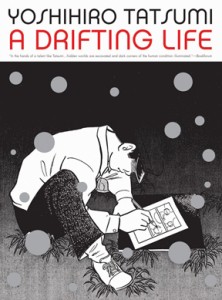 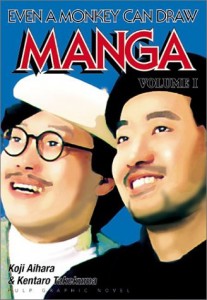 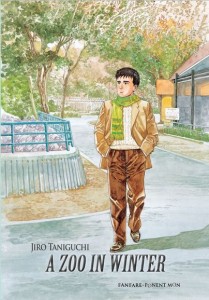 I think we can agree Bakuman has increased awareness of how some manga magazines generally work and the workload of a manga artist. However, there are manga that present this more realistically. Some have been licensed and are available to read in the U.S.: A Drifting Life by Yoshihiro Tatsumi, Even A Monkey Can Draw Manga from Kentaro Takekuma and Koji Aihara, and A Zoo in Winter by Jiro Taniguchi. There are also other works that have not made it over here — like Mangaka-San to Assistant San (serialized in Young GanGan) from Hiroyuki (of Doujin Work fame) and Moeyo Pen by Kazuhito Shimamato — that portray life as a manga artist, whether with comedy or a serious tone.

2. One Piece Is the Best Selling Manga, Period 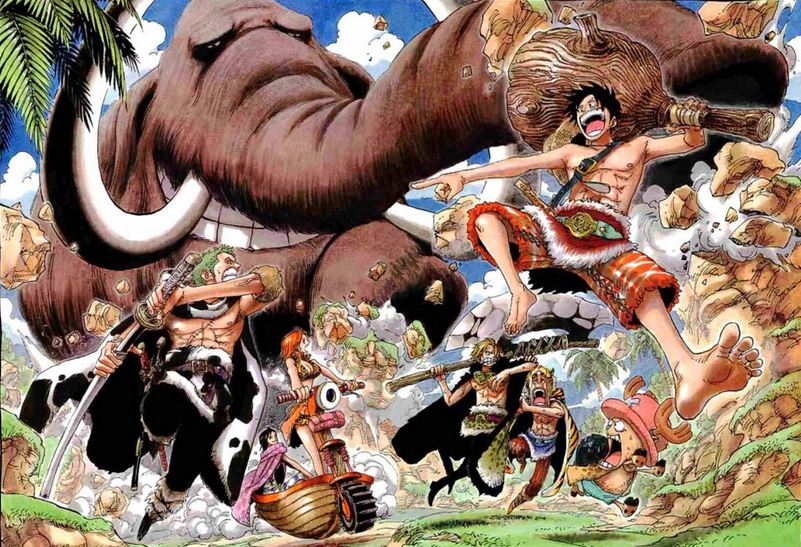 How has it managed to become the best selling manga? Well, that probably is a combination of things: an interesting story with creative characters, large print runs, and some good luck that has managed to keep the series running long enough to sell so well. And it will continue to sell even more, since who knows when One Piece will actually end. Whatever the case, Eichiro Oda created one heck of a series.

1. There Are Legal Options for Reading Manga Online 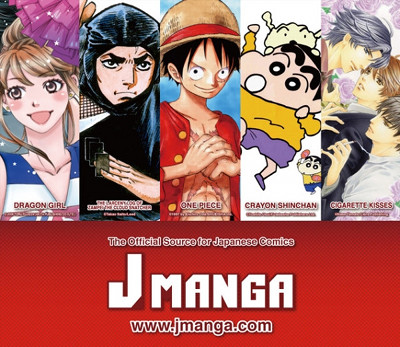 Just the mere mention of legal online alternatives for manga seemed foreign many years ago, even as its print industry rapidly declined. Though legal alternatives for watching anime were developed, little pertaining to manga came by. But in a matter of a year — let me remind you, a year — we have gained more options for read manga legitimately than in all the years previous. Viz Manga debuted, Gen Manga made it’s debut, JManga and JManga7 debuted, and Shonen Jump Alpha debuted, all in the span of a year. Now, along with what Yen Press, Digital Manga Publishing, and Netcomics were already offering, we have a multitude of ways to read manga online, and it seems there’ll only be more as time goes on.

So, I gave you ten things I think we all should know about manga. But I’m almost certain there’s more! So feel free to write just about whatever you want regarding what we should also know about manga, whether it’d be good or bad, or even add to what I have said up above if you choose.