This drama has the distinction of having the highest TV ratings of any idol drama ever. Every Taiwanese person I have asked has seen at least part of this drama. I have gotten middle-aged Taiwanese men who claim that K-dramas are too feminine for them to admit that a) they have seen Fated to Love You and b) that it’s good.

Why is this drama so popular? Maybe this (abridged) scene will give you a clue… 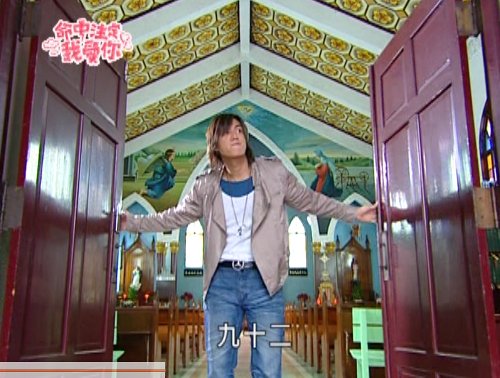 Dylan is playing hide-and-seek with the kids at the church. He decides to hide in the confessional booth. 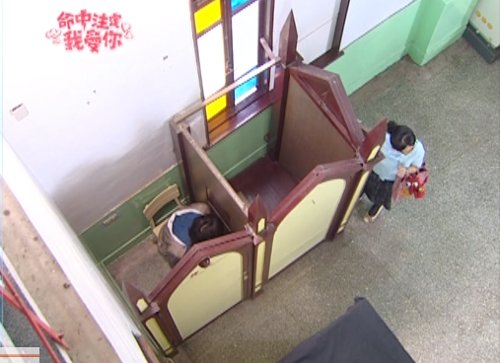 Chen Xinyi walks in to make a confession. She tells Dylan that she had sex with a stranger … and that it was the first time she ever had sex. 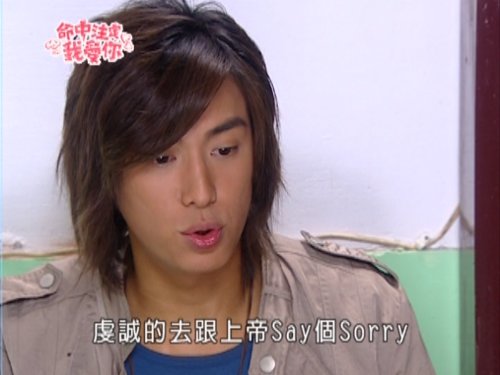 Dylan tells her to go home and tell God “sorry.” 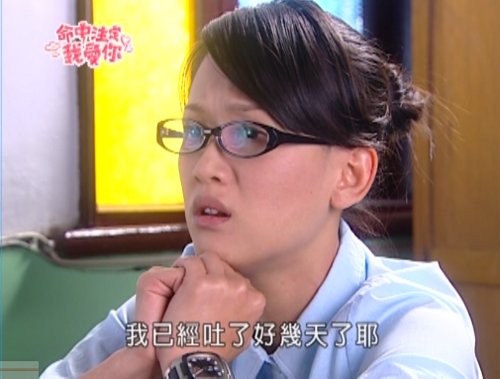 Chen Xinyi then tells her about how she’s been throwing up a lot in the past few days. 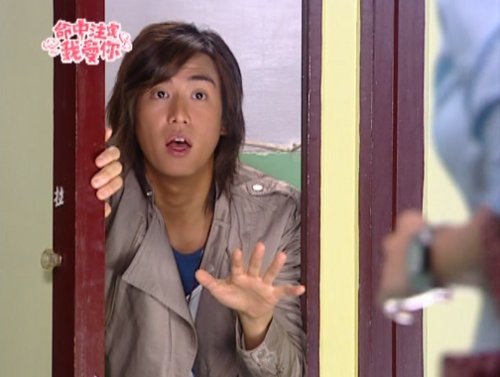 Hearing this, Dylan urges her to go buy a pregnancy test – but to do it on the sly. 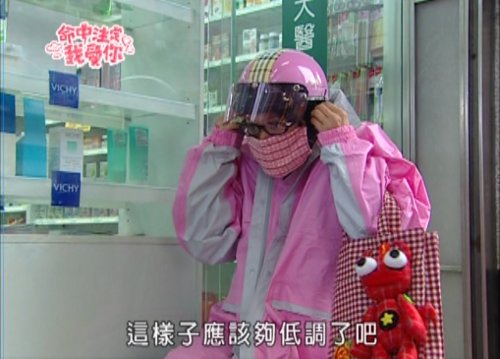 Chen Xinyi takes his suggestion to heart, and disguises herself so no one will recognize her when she buys the pregnancy test.

By sheer coincidence, there is a robber who disguises herself just like Xinyi, and appears on the news right before Xinyi walks into the store. 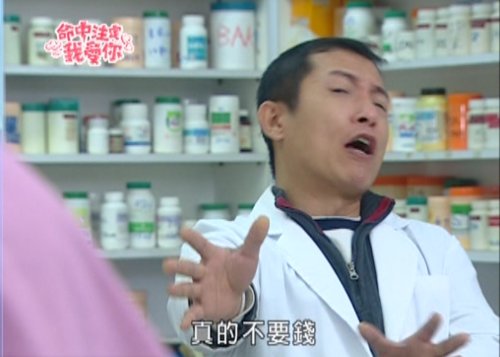 The store clerk tells her she doesn’t need to pay. As soon as she leaves, he calls the police. 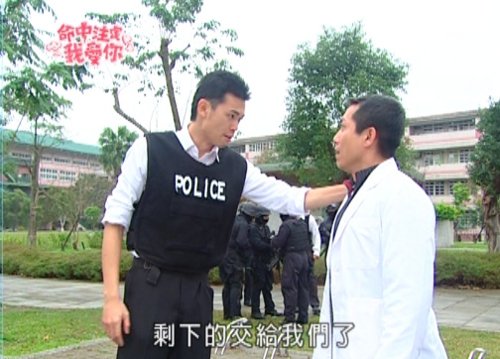 The police corner her in the bathroom. There’s also a TV news reporter with them. 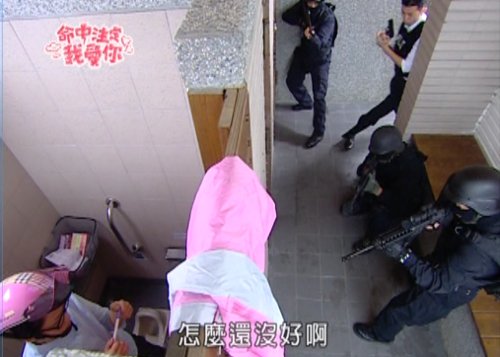 Right after Chen Xinyi has used the pregnancy test, the police open up the bathroom stall and point guns at her. 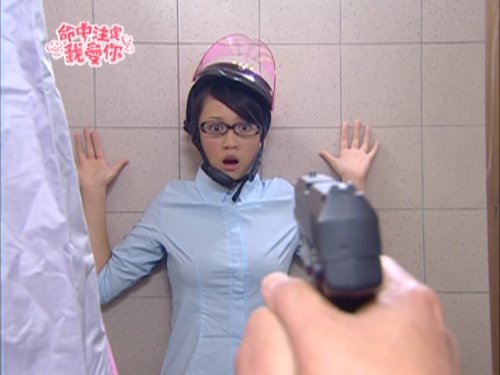 She is so startled that she loses hold of the pregnancy test-stick. 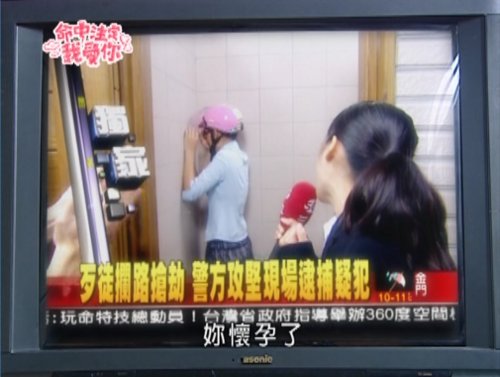 The TV news reporter picks up the pregnancy test-stick … and congratulates her. It is announced on television that Chen Xinyi in pregnant. So much for doing things on the sly. 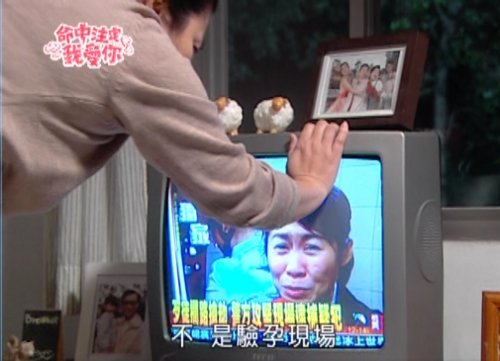 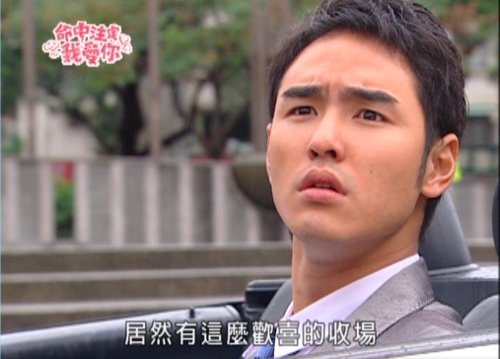 … and the stranger she had sex with notices the news on TV too.

First of all, she’s versatile. For example, in Prince Turns Into Frog, she plays a girl from a poor fishing village, whereas in My Best Pals she plays a hip teenager from Ximending who jumps off buildings into cars (I am not kidding). Whereas her character in Prince Turns Into Frog dreams of gold-digging her way out of the boondocks, her character in My Best Pals would rather kick than kiss a rich guy’s ass. Joe Chen plays both roles very well.

Obviously, you can’t judge her acting based on the theme songs, but the theme songs of Prince Turns Into Frog and My Best Pals do offer a sense of how the two dramas feel different—and I assure you the characters Joe Chen plays in those dramas are just as different as the theme songs. In addition, Joe Chen has been cast as Dongfang Bubai in the new The Laughing Proud Wanderer TV series, which is a really different role from the others I have see her play (for starters, Dongfang Bubai, having been born with testicles, is not a cis female).

Her role as Chen Xinyi in Fated to Love You is quite different from all of the roles I mentioned above. Chen Xinyi is an office worker with low self-esteem. She is completely convincing in the role. She is extremely true to what Chen Xinyi is feeling, and skillfully demonstrates how Chen Xinyi changes during the course of the story. I think Fated to Love You would have moved me to tears a lot less if they had cast a lesser actress.

If you have seen several other Taiwanese idol dramas, you already know what the story is because it’s the same as 90% of idol drama stories, and just when you are sure what’s going to happen next … Fated to Love You goes in the other direction.

This is actually why, much as I love this drama, I’m not sure this should be somebody’s first Taiwanese idol drama. If you haven’t seen other Taiwanese idol dramas, you might not always notice it when Fated to Love You sticks out its tongue and makes funny faces. On the other hand, this is one of the best idol dramas ever made, so if you are only going to see one Taiwanese idol drama ever, this might be a good choice.

Before you get the idea that Fated to Love You is a spoof or a comedy (well, it is a comedy, yet it’s more than that…), I assure you that there is a totally serious story being told here. I probably cry as much laugh when I watch it (notice that I’m using present tense—I’ve seen this drama twice, and I am sure I will watch it again).

In particular, this is a story about Chen Xinyi, who has spent her entire life helping other people instead of herself. During the course of the story she discovers that she has her own distinctive artistic voice.

I realize that there is so much I want to say about the locations in this drama that it’s better off in a separate post.

Once again, I realized there is so much I want to say about this that it’s better off in a separate post. (Read Fated to Love You -Special Post.)

There are a couple scenes where Chen Xinyi talks to Joe Chen. 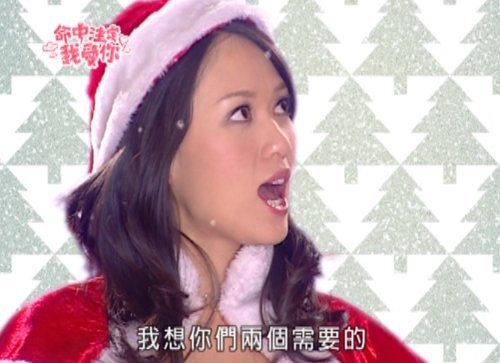 In addition to being an actress, TV host, and writer, Joe Chen is also a model. In fact, right now there are ads featuring her in Taipei train station which say (in Chinese) “[brand name] loves Joe Chen”. Thus it is entirely believable that Chen Xinyi would encounter ads featuring Joe Chen in the hip Xinyi district (note: the “Xinyi” in “Xinyi district” uses different Chinese characters than the “Xinyi” in “Chen Xinyi”). However, the ads featuring Joe Chen have never talked to me.

I generally don’t find the music created specifically for this drama that interesting, but the exception is the song “Wǒ de Kuài​lè​​” (My Happiness). In particular, I appreciate when they play the piano score without the singing. The song is played so much that, even without the singing, the viewer (at least a viewer who can understand Mandarin) can hear the words of the song. It contributes to the mood of the series, and the sadness of the song often counterbalances the sillier scenes.

None of the episodes are available yet. Also, this only helps people who are in North or South America.

Fated to Love You is one of my favorites. Just when I’m wondering why I keep on watching idol dramas, I stumble on a drama like Fated to Love You, and my interest in idol dramas is revived. Finding these dramas makes watching the mediocre ones worth it (and I’ve noticed that even the mediocre dramas are generally improved by the presence of Joe Chen).

I love Fated to Love You so much that there is going to be a special post about it, hopefully on Friday. The purpose of this post is to convince you all (in North and South America) to watch it (when Dramafever makes it available). The purpose of the next post will be to offer commentary for people who are not too familiar with Taiwan and/or the Chinese language. In fact, I suspect one reason why Dramafever is taking so long to release episodes is that some of the things the characters say are really difficult to translate into English. Hopefully, that means that when the episodes are available, the translation will be really good.

Sara K. wishes to give whoever is translating Fated to Love You for Dramafever a pat on the back. She understands how frustrating it probably is. She would also like to see Dramafever (or somebody else) legally bring out some of her other favorite idol dramas into English.