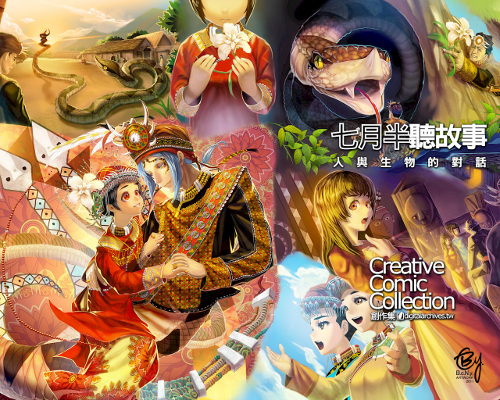 Pretty, isn’t it? Before you learn more about it, here’s some history for you to read!

A Brief Demographic History of Taiwan

Tens of thousands of years ago, Taiwan was not an island, and stone age people walked from Fujian to Taiwan. Then, when sea levels rose, Taiwan became an island. Thousands of years ago, Austronesian people showed up in Taiwan. It is unknown what relationship they had with the people already living in Taiwan, but the most likely scenario is that they married each other and had kids.

In the 17th century, Europeans (primarily the Dutch and Spanish) colonized Taiwan. They never arrived in sufficient numbers to have much direct impact on Taiwan’s demographics. But the era of European colonization was the first time Han Chinese (mainly from Fujian and Guangdong) arrived in Taiwan in large numbers. And since the vast majority of the Han Chinese migrants were male (at least during the early waves of migration), if they wanted to marry or have babies, pairing up with the women who already lived there was often their only option. The same applied to the few Europeans who showed up in Taiwan, of course—at all points in Taiwanese history there have been far more white males than white females present on the island (including today).

The next time a different outsider group showed up in Taiwan was when Japan took over Taiwan in 1895. Strangely, unlike all previous migrations, the Japanese did not have lots of babies with the people already living in Taiwan, though they did of course have a few babies, which is why some Taiwanese people claim Japanese ancestry. After WWII, almost all of the Japanese people living in Taiwan left.

Then after WWII many people fled from China to Taiwan, and unlike previous waves of Han Chinese migration, these immigrants were not primarily from Fujian or Guangdong. They brought a new language, Mandarin, to Taiwan (previous Han Chinese migrants spoke Minnan or Hakka). Like most immigrants to Taiwan, they married the local people and had babies.

The most recent wave of migration to Taiwan has been coming from Southeast Asia—Phillipines, Vietnam, Indonesia, Thailand, and Cambodia. And I recall reading somewhere that 20% of all marriages in Taiwan today are between a Taiwanese person and a Southeast Asian immigrant. It seems the Southeast Asians are carrying on the old Taiwanese tradition of immigrants having babies with locals.

It should be apparent by now that Taiwan is really different from Korea and Japan. Korea and Japan can point to centuries of unified, independent rule, whereas Taiwan has never been an independent and unified nation, not even today (at least not officially). If you ask a Korean or Japanese person what ethnicity they are, they will answer “Korean, obviously” or “Japanese, obviously.” If you ask a Taiwanese person what ethnicity they are, the answers can get really complicated. 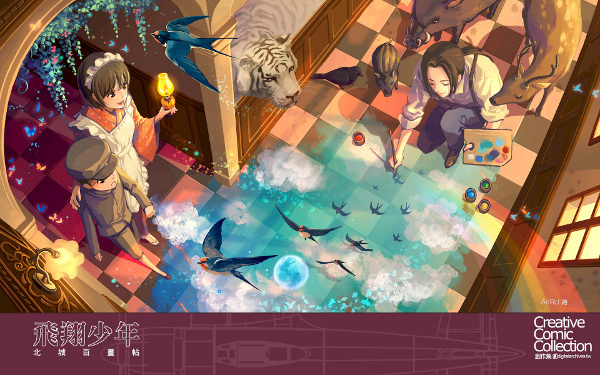 And, I will say this for Creative Comics Collection—it is unlike any other comic book magazine-anthology I know about. Star Girls, which I discussed in a previous post, is clearly modeled on Japanese shojo magazine-anthologies. However, Creative Comics Collection is not modelled on anything I know of. It is an entirely different beast than the entire universe of Japanese magazine-anthologies (at least based on reading Magazine no Mori—I suppose there might be Creative-Comics-Collection–esque magazines in Japan which Erica simply has not discussed).

So what is this model? It’s very simple—presearchers at the Academy Sinica team up with young artists and illustrations, and make illustrations and manhua together.

How an Issue is Set Up

Each issue of Creative Comics Collection (which from now on I’m just calling CCC) has a theme—for example, Myths and Legends, Labor, Seasonal Festivities, and so forth. Most or all of the content of that issue uses that them. 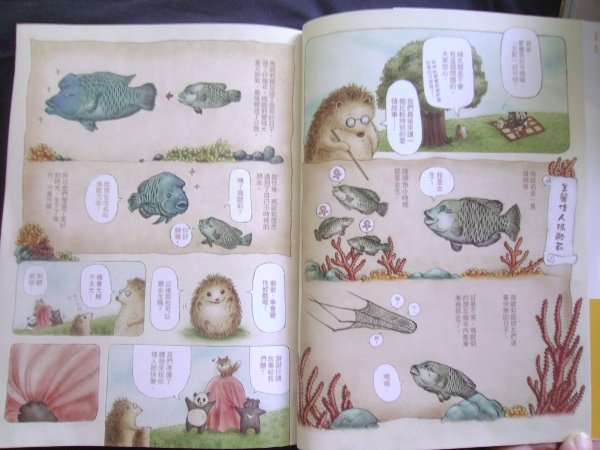 The first section of an issue of Creative Comics Collection is dedicated to color illustrations and various articles about the theme. Often, there is a color manhua or illustrated story followed by a collection of illustrations from different artists around a theme. This is actually my favorite part of the magazine because of the color, the variety of styles, and the various ways they express the themes. For example, there was one color feature where the artists had to depict various historic sites in Taiwan as comic book characters.

This is Fort San Domingo in Danshui as a comic book character: 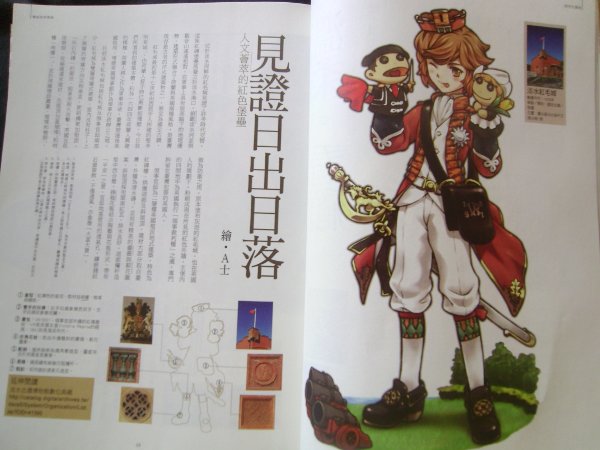 Fort San Domingo was used by the Spanish, Dutch, and British … in other words, it has European colonization written all over it (in fact, the two puppets the character is holding represent Holland and Spain fighting each other).

This is a residence built for the Japanese imperial family in Taichung: 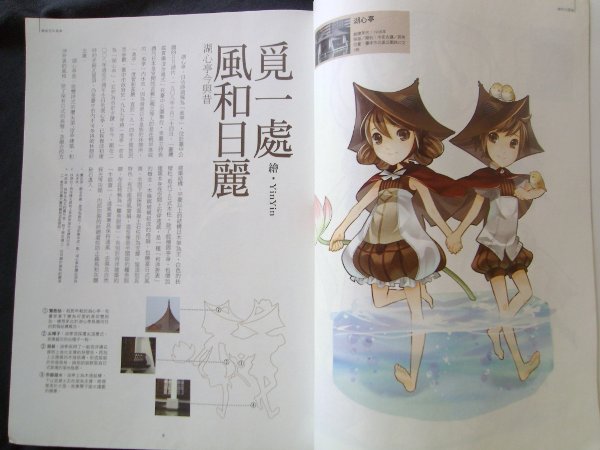 After the comics comes the bulk of the issue—black and white comics accompanied by articles from the Academic Sinica. 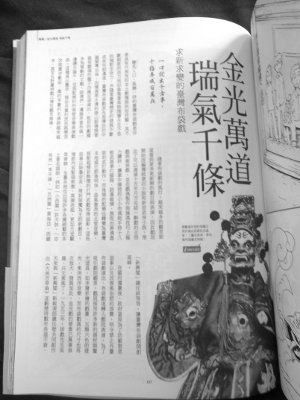 The academics present some research to the artist, and then the artist bases a short manhua story on the research. The academic writes a short article to follow the short manhua. The manhua stories generally run about 30-40 pages long, and the articles run about 2 pages long. They explore various aspects of Taiwan—ecology, Austronesian heritage, Chinese heritage, Japanese heritage, and so forth. Each issue has about 8 manhua/articles.

It is rather difficult to discuss the artwork, because even though there are some regular contributors, each issue has a different set of artists. However, there is a heavy Japanese influence everywhere. This is not surprising. Since Taiwan’s earlier manhua tradition was suffocated to death by censorship (ah, martial law), today’s manhua artists only have Japanese artists, not their Taiwanese predecessors, as their role models. Unlike the manhua found in Star Girls, which tends to track Japanese art styles so closely that I can date a Star Girls manhua by looking at the same things I would use to date a Japanese manga, the artists in CCC do not seem to be bound to following Japanese styles. Instead, they are exploring their own style.

Looking through the issues, I do notice a trend.

These are all from the first issue: 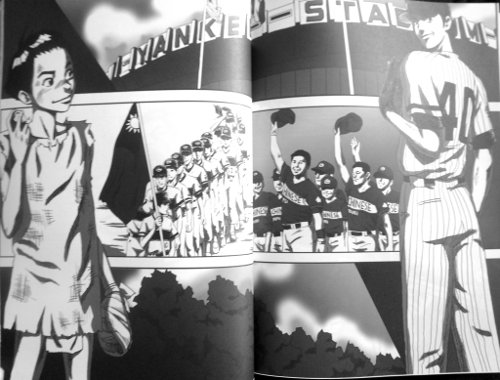 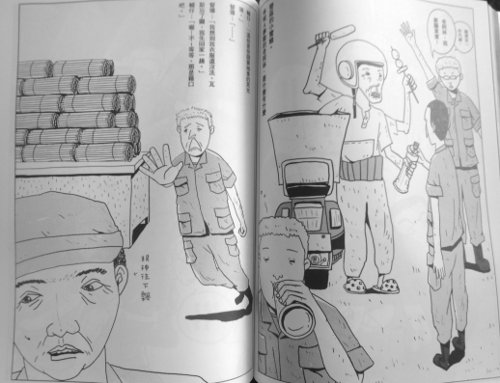 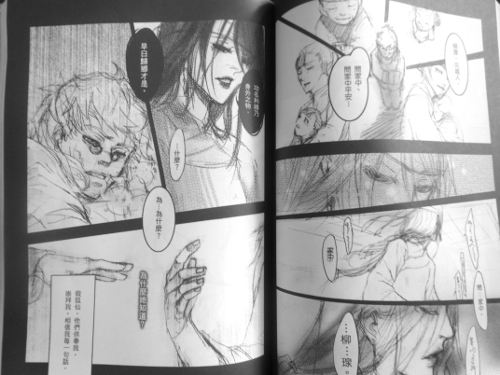 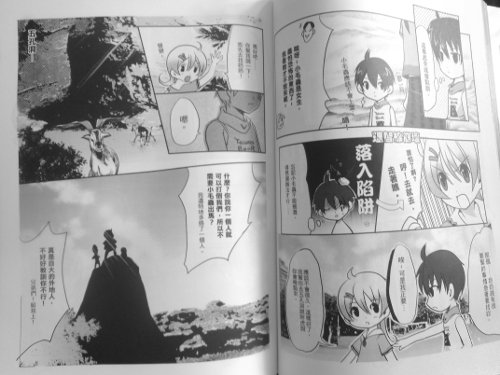 Notice that there are a variety of styles, with an experimental vibe running beneath most of them.

These are all from the most recent issue: 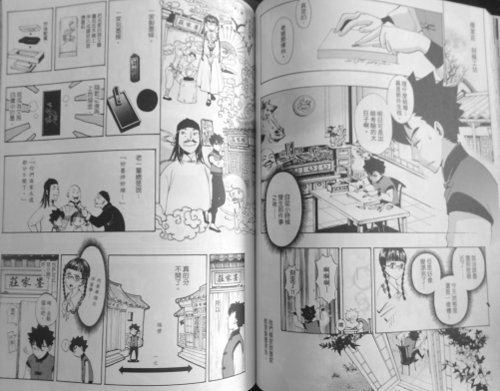 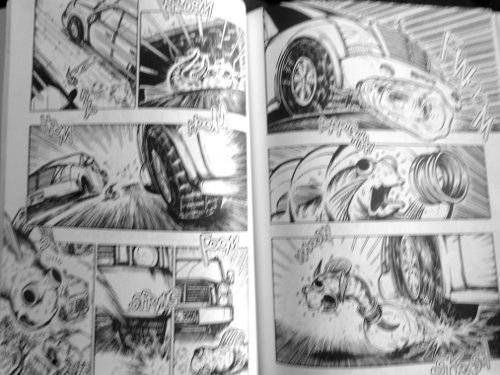 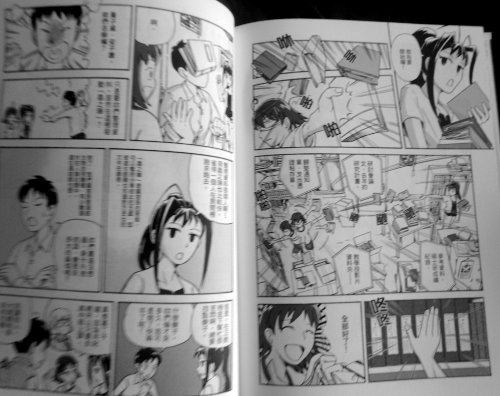 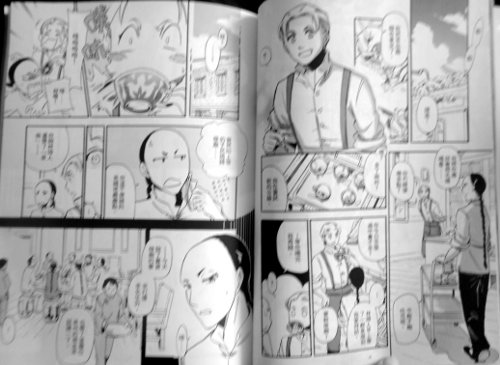 Not as much variety in style as in the first issue, and certainly not as much of an avant-garde atmosphere. It might be inevitable that as a magazine-anthologies matures, the art style settles down.

Overall, I prefer the art of the early issues because of the greater variety and the freshness, but I also appreciate that the magazine is building a stable of maturing artists—some of whom I like a lot—while still keeping room for more artists to come on board.

And …here is CCC‘s weak point. The stories are not terrible. They are generally just not, well, very memorable. The typical CCC story is ordinary person finds unusual thing, learns more about unusual thing, and then has an ephiphany (the unusual thing, of course, is the subject of the academic’s article). Even though I don’t particularly like Kokai’s drawing style (Kokai is one of CCC‘s regular contributors) I generally like her storytelling more than the other artists because she at least puts a little pizazz into the plot. But generally, I prefer the manhua where they throw the story to hell and just focus on drawing up Taiwanese esoterica in imaginative ways.

Still, my favorite section is the still the color illustrations in the beginning because they often don’t bother with storytelling in that section, instead focusing on CCC‘s strengths—a variety of art and … Taiwanana? What am I supposed to call the Taiwanese equivalent of Americana?

Well, a few of the manhua stories don’t have dialogue, so I suppose somebody literate in English can read them just as well as someone literate in Chinese. Some manhua stories are “available” online at the CCC website, but the resolution is so bad that I can’t read them, so if you want to look, it does not matter what language you’re literate in (or not).

CCC is quite easy to acquire in Taiwan. I’m sure it’s harder to acquire elsewhere. 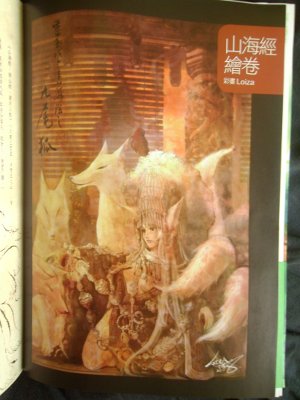 Like I said, this is a strange beast, so I am not going to say it should be licensed, at least not in the traditional sense. Nonetheless, I think it would be nice if they translated some of the manhua and features into English and put them online on the offical CCC website so that people outside of Taiwan could get a taste of what it’s like.

It is no secret that Japanese manga dominates the Taiwanese comic book scene, and most Taiwanese people are hardly aware of local manhua (this is partially because the most commercial Taiwanese manhua packages itself just like Japanese manga, so the casual reader may not notice the difference). However one thing Japanese manga cannot do for Taiwanese readers is reflect Taiwanese culture. While I think Star Girls manhua sometimes reflects Taiwanese culture in interesting ways, it’s generally subtle and would not satisfy somebody who really, really wants to see Taiwan embodied in comic book form.

And that is the craving that CCC fills. It is Taiwanese in your face. Taiwan practically drips from its pages. 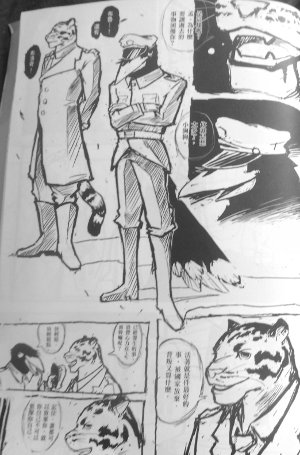 It might be difficult for relatively privileged people to understand this. However, if you have had trouble finding stories which reflect people like you and the culture you live in, the craving for such stories can be quite powerful.

So, I have a question for you:

Would you like to discuss specific artists from CCC in future columns?

Next time: Autumn’s Concerto, AKA Next Stop, Happiness (idol drama)

One of the reasons Sara K. enjoys living in Taiwan is that it is the crossroads of East Asia. Japan, Korea, China, Phillipines, Vietnam, Indonesia, Thailand … it all comes together in Taiwan. She thinks it is not a coincidence that Taiwan is both the crossroads of such different cultures … and is the most queer-tolerant and least-sexist place in Asia (that has more to do with Asia generally being homophobic and sexist rather than Taiwan being wonderful in that regard … but Sara K. does not know of any other place in Asia where the head of state publicly attended a gay pride parade).