If you’re a regular reader of comics blogs, I’m sure you’ve heard the news!

According to a consensus of 0.000003 % of the world’s population (no, really, I looked it up) these 115 titles are the best (or perhaps most universally favored) comics. That’s 211 of the 6,954,167,299 estimated people in the world, who of course don’t actually even agree with each other, since no single comic received more than 50 votes. Whether any one person who voted has read every comic that was nominated between all 211 people (or even every single comic in the top 115) let alone every comic ever published in the world is anyone’s guess, but I’m going to go with “probably not.”

So what we really have here is an extremely tiny subset of the world’s population reporting that, of the comics they’ve read, these are the ones that no more than a quarter of them agree might be the best.

Don’t get me wrong. I’m not trying to ridicule this process, by any means. I am one of the 0.000003 %, after all! I’m just offering my perspective, and perhaps some insight on why I don’t personally place a lot of value on lists like these, at least as a tool for evaluating art. Lists like these can be interesting and even revealing (I think this one is both), but ultimately they tell us more about the people who voted than they do about whatever it is that’s being voted on. And though I’m all for creating opportunities for people to discuss their favorite or most admired comics, I will say outright that I don’t believe that it is actually possible to determine the 10 (or 100 or 1000) best comics, or the best anything that must be subject to human opinion alone. There are no scientific benchmarks by which to measure creative work—no speed tests to run or performance goals to reach. Just as each person who creates comics brings his or her individual passions and values to the work, each person who considers comics does the same, which is why even among a minuscule 211 people, no more than 50 can agree on the relative value of a single work, or probably even what “value” means in the first place.

So, let’s clarify again. What this poll represents is an extremely tiny subset of the world’s population reporting that, of the comics they’ve read, these are the ones that no more than a quarter of them agree might be the best, based on their individual backgrounds, values, artistic sensibilities, ages, genders, philosophical mindsets, and personal standards for the medium.

Personally, I think this is great. For me, this lack of agreement is meaningful in itself, and goes a long way towards illustrating why I think art, in all its forms, is so valuable in the first place. But it also illustrates why I value individual opinion more than group consensus, both personally and as a tool for posterity, as difficult as those may be to retain over time. While it’s interesting to note the results of a poll like this, and I’ll probably take a look at a few of the recommended works I’ve missed, as a whole, I can’t help feeling that this list has very little to do with me. That’s not a reflection on this list (I’m quite enjoying the discussion around this list), but rather on all lists of this kind. Because when it comes to art, in the end, I’m interested in pursuing the threads most meaningful to me, which I’m more likely to discover with the help of like-minded individuals than I am through majority opinion, even when that majority consists of only fifty or so people.

With that in mind, it should come as no surprise that my real interest in this poll is in the individual results, which have begun to be published today! Check out the first group of individual lists at the Hooded Utilitarian here—a group which, thanks to the power of alphabetical order, happens to include mine.

Given my relatively narrow background in comics (almost exclusively manga & manhwa, and even then just what I’ve been able to read over the course of a few years), it would have been ludicrous for me to attempt a list of “best” comics, so I went for “favorite” (as allowed by the poll’s rules). And since “favorite” is an incredibly fluid thing with me, based on an ever-shifting multitude of factors, I must also qualify this as “favorites in the moment.”

A fairly arbitrary list of ten of my favorite comics, subject to change at any particular moment, and in no particular order:

With one major exception, I restricted this list to completed series (or, at least, completed in Japan, and very nearly completed here).

I might also note that, with one and a half exceptions, my choices were all created by women. Make of that what you will. Possible twinge of regret: not including Bloom County.

Whatever you think about “best of” polls, comics, or any of this at all, the conversation is lively at The Hooded Utilitarian, so do check it out! And keep an eye out at HU over the next week or so, for more essays (look, Shaenon Garrity’s posted one about female cartoonists just today!) and individual results!

Edited to add: In the event anyone’s interested, here’s where I talk (sometimes with others) about some of the comics on my list: Hikaru no Go, Please Save My Earth, Banana Fish, Paradise Kiss, Flower of Life, Ode to Kirihito, Wild Adapter, Fullmetal Alchemist, Tokyo Babylon. It’s interesting to note that the one series on the list I’ve never written anything substantial about (Maison Ikkoku) is the only one that made the top 115. I guess I’d better fix that!

Calling “classic” shoujo fans (yes, I have difficulty with the concept of stuff from the 80s being “classic”): This week, we’ve taken Off the Shelf on the road to The Hooded Utilitarian, where we discuss Saki Hiwatari’s Please Save My Earth in its epic entirety. The series is not only a favorite for both of us, but also one of the series you picked in our super-scientific 3 Things Thursday poll not too long ago.

At over 6500 words, our piece is epic in its own way, with lots of pretty, pretty pictures as well. Read it here. With a series like this, it’s impossible to discuss everything, and we’re certain we’ve left out a lot, so please pipe up in comments to continue the discussion!

As many of you know, Please Save My Earth is increasingly difficult to buy, with several volumes clearly out of print and definitely out of stock. It’s painful to recommend a series that’s so hard to obtain legally, but our greatest wish would be that increased interest might inspire re-release, perhaps in omnibus form. So if you want to read Please Save My Earth, come on and make some noise! We did!

BL fans may have noticed this week’s glaring omission of our BL Bookrack column, but that’s because this month, Michelle & I took our Bookrack act on the road!

Today at The Hooded Utilitarian, you will find a post, One Thousand and One Nights with Melinda & Michelle, in which Michelle and I take on Jeon JinSeok & Han SeungHee’s Arabian Nights manhwa adaptation Off the Shelf style!

Premise: “About a month ago, Noah asked if we’d be interested in having a conversation about comics here at The Hooded Utilitarian, similar to our weekly manga discussion column, Off the Shelf (at Manga Bookshelf), and our monthly art-talk feature, Let’s Get Visual (at Soliloquy in Blue). He suggested at the time that we might try discussing a mutually admired series (as we once did with Ai Yazawa’s Paradise Kiss), and that the subject need not be manga.”

So go forth, BL fans, and check out this month’s special BL Bookrack, complete with jokes about sheep lovin’ and pretty, pretty pictures! 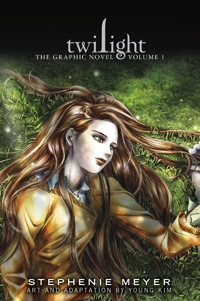