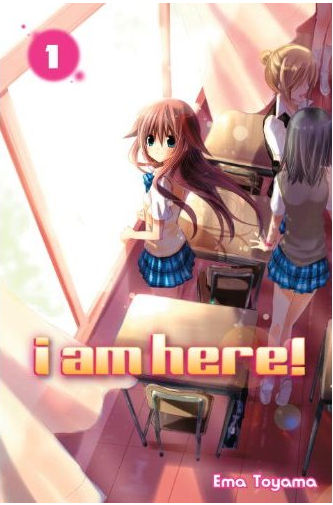 So, yes, there are a lot of clichés in this story. But somehow its quiet earnestness really worked for me! Maybe it’s because I’ve been reading a good deal of shounen and seinen manga lately, but something as sweet and simple as I Am Here! proved genuinely entertaining. All of the characters are fairly lackluster, but I still enjoyed reading about them. Of particular note is the fact that Hikage keeps a blog and counts two members of the online community among her close friends, which kind of weirds out Hinata. In any other shoujo series this full of tried-and-true story elements, I would be absolutely convinced that Hinata is Black Rabbit, but I’m actually not sure. Probably he is, but all the same I’m impressed that I still have a tiny shred of doubt about that halfway through the series!…