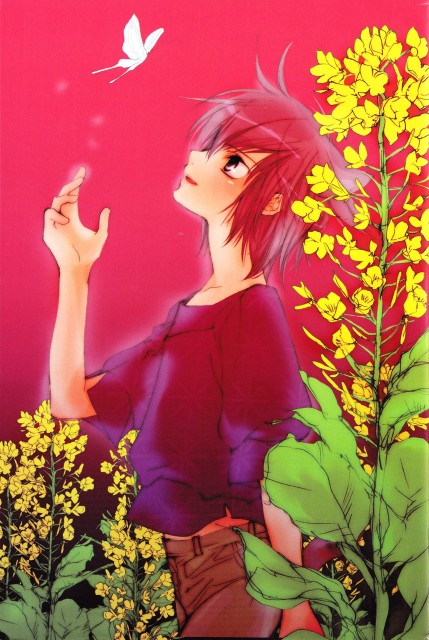 The Yun Kouga Manga Moveable Feast is underway! Things have begun slowly, but here’s a quick rundown of contributions to the Feast so far:

I kicked things off on Sunday with an Introduction to Yun Kouga, including descriptions of all her series currently available in English and an ode to her gorgeously messy characterization and her insights into the human heart.

Also at Manga Bookshelf, guest contributor Sarah Ash gets some frustrations off her chest in A Letter to Yun Kouga:

Before the handsome new Viz volumes came out (and they are very handsome) I had resigned myself to never seeing a conclusion to Loveless. I had decided to appreciate the plus points and try to forget the minuses. I was ready to admire again the accurate way that you depict children on the verge of adolescence (and their teachers!) capturing the cruelty and the intensity of their interactions. Your damaged adults are just as fascinating: Soubi grimly painting the butterflies he says he hates so much because they’re stupid enough to let themselves be caught and killed. Shinonome-sensei breaking down in tears in class when one of her class answers back, unwittingly using the same words Soubi has used to reject her.

My frustration as a reader stems, I guess, from the fact that there was – is – such potential in Loveless that I can’t bear to see it being frittered away.

At his blog, Manga Energy, Aaron takes this opportunity to complain about Loveless and The Modern Misappropriation of Moé:

A full list of the Feast’s contributions (updated as they come) can be found in the Yun Kouga Archive, with lists of older articles to browse through as well. More to come as the week continues!