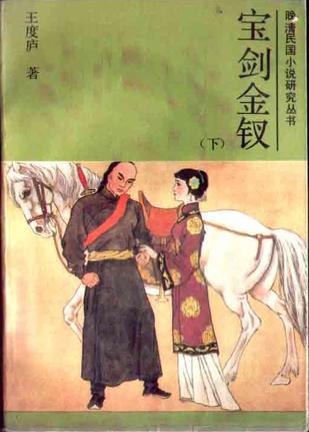 The Iron-Crane Pentalogy is not just one of the most influential works of wuxia ever written, it’s possibly the most well-known work of wuxia outside of the Chinese-speaking world. In fact, many Manga Bookshelf readers have already heard of it.

Before you think “Hey, I’m a Manga Bookshelf reader, and I’ve never heard of the Iron-Crane Pentalogy,” look at the titles of the five novels:

The name “Crane-Iron” comes from the titles of the first and final novels. 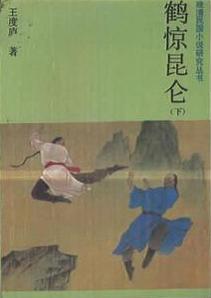 There is an old man who is the master of the world’s most awesome martial arts. He has two disciples, the older of whom is a mute (and nobody know his name), and the younger of whom is eventually known to the world as “Southern Crane.” Both the mute and Southern Crane transmit their martial arts knowledge to future generations. The Crane-Iron Pentalogy is about the marital artists who learn these awesome technqies.

The first novel, Crane Frightens Kunlun, is about the boyhood of Southern Crane, who was born as Jiang Xiaohe. Jiang Xiaohe centers his youth around getting revenge on Bao “Kunlun” for the murder of his father and forced separation from his mother. Jiang Xiaohe also wants to marry Master Bao’s granddaughter, Bao Ahluan, and it never occurs to him than she might object to him killing her grandfather. Xiaohe’s rashness and anger is an irresistable force, and Bao ‘Kunlun’s narrowmindedness and refusal to openly acknowledge the wrongs he has committed is an immovable object. Irresistable force + immovable object = tragic consequences.

In the second novel, Precious Sword, Golden Hairpin, Li Mubai, the son of two characters in Crane Frightens Kunlun, falls in love with Yu Shulien, whose beauty is only surpassed by her peerless sword-fighting skills and sense of honor. However, it turns out that Yu Shulien already has a fiance, Meng Sizhao. BUMMER! Li Mubai goes to Beijing, where, in his attempt to get over his heartbreak, he gets into a romantic relationship with a prostitute called Xie Cuiqian, who might secretly be a vigilante who rescues innocent girls. Meanwhile, Meng Sizhao’s greedy older brother has forced him to go into exile so he can have the family property all to himself, and Yu Shulien has to deal with her father’s very powerful enemies.

In the third novel, Sword Force, Pearl Light, Southern Crane tells Li Mubai to fix the mess that is his life. Later, people try to get some pearls, people are murdered, a girl gets kidnapped, Yu Shulien gets involved…

In the fourth novel, Crouching Tiger, Hidden Dragon, and important sword goes missing, and it seems the thief is an expert at martial arts. Did Cai Xiangmei, an acrobat girl who has recently agreed to work as a servant for Yu Jiaolong (daughter of a very high-ranking offical) steal it? Also, we learn that the family who was murdered/kidnapped because of that set of pearls in the third novel has a secret family member, called Lo Xiaohu, who, not knowing his true family origins, is a bandit…

In the fifth novel Iron Knight, Silver Vase, Han Tiefang, who grew up in an official’s family, abandons everything he has to find his mother, who had been kidnapped long ago. Meanwhile, a young martial artist, Chun Xueping, knows almost nothing about her family… 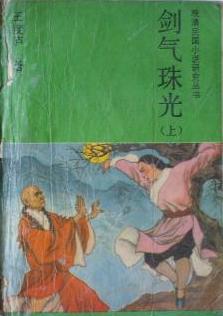 The Iron-Crane Pentalogy was originally published in the 1930s and 1940s, and was one of the most popular works of Chinese fiction in that era.

The writer, Wang Dulu, had a strong interest in psychology (for example, he read many of Freud’s works). Before writing wuxia, Wang Dulu was a romance novelist, though apparently many of his ‘romance’ novels were as much about sons clashing with their fathers as they were about romance. And it really shows in the Iron-Crane Pentalogy that Wang Dulu was a romance novelist, since the martial arts are just a plot device, and much more attention is paid to the characters’ romantic feelings.

I also must note that these novels were just after the first part of the Chinese Civil War, and during the Japanese invasion of China, in other words, China as a state was unravelling. I think this helps explain much of the bleakness and antagonism found in the novels.

Practically every major wuxia writer after 1950 was heavily influenced by Wang Dulu, and the Iron-Crane Pentalogy in particular. I will write more about that later.

Just Enough to Convey the Feeling 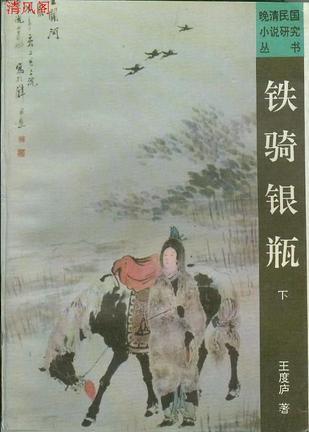 As you can tell by reading the above attempt at a plot summary, the plot is actually rather complicated … but it feels simple when you read it. In fact, it feels so simple that it’s only after the fact that I realized how many of the subtleties I had absorbed, particularly the little ripples of the characters’ consciousness.

For example, there is a scene (I’m changing the characters’ names to avoid spoilers) where Character A is grieving over the death of Character B. A and B were lovers, and even had a child together, but B left A almost two decades ago, and A never went to find her until it was too late. A is feeling intense grief, not only because B is dead, but because he never said goodbye.

C at first is moved by A’s very sincere grief, and his first impulse is to comfort A. Then he holds himself back. C has a great deal of respect for B, and feels that A is no where close to being worthy of her. Furthermore, the fact that A and B had sex and a child out of wedlock was a great stain on B’s honor. Therefore, C decides to torment A, by essentially saying ‘you did not see her for almost twenty years, and now you’re crying because she’s gone. What kind of man are you? A real man would not be weeping over this.’

A replies “You’re right.” Then he says “I am only thinking of her so much because you remind me of her.”

What A and C do not know – but the reader knows – is that C is A and B’s biological son. That makes this little scene all the more poignant.

The novels are full of this subtle little emotional back-and-forth. Wang Dulu states just enough for the reader to understand what is happening, and no more. Unlike many dramatic stories which try to squeeze more dramatic juice than the pulp of the story can supply, Wang Dulu squeezes out just enough dramatic juice to demonstrate just how juicy the story is.

And it works because it feels true. People really do have these emotional entanglements.

If I can use the word “image” to describe something that is emotional rather than visual, then these novels have plenty of striking emotional images.

The Freedom to Define Intimate Relationships 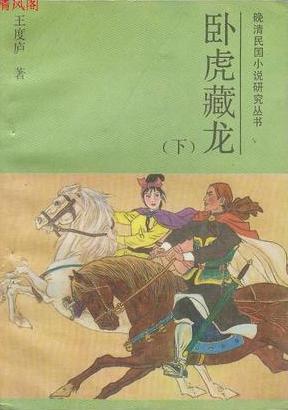 One consistent theme in the pentalogy is that trying to force people to make their intimate relationships fit “socially-acceptable” forms leads to a lot of suffering. For example, Southern Crane’s father was killed because he pursued sex with a woman other than his wife. Is having extramarital sex without some form of agreement from one’s spouse right? No, but adultery does not justify murder, and forcing Southern Crane’s mother to remarry and separate her from her son because it’s the socially appropriate thing to do causes Southern Crane to have an extremely unhappy childhood (also, note that Southern Crane’s mother, even with the adultery, did not want her husband to get get killed).

Another example: Han Tiefang, under pressure from his family, got married when he was only 15 years old … and his marriage is very unsatisfying. Since his wife hasn’t done anything wrong, he doesn’t want to divorce her (and thereby deprive her of economic support), so instead he leaves town forever (or at least that’s what he thinks) to look for his mother.

The stories are heteronormative, but considering they were written in 1930s/40s China, I would have been extremely surprised if they were not.

One of the more subtle points is that, for intimate relationships to be satisfying, people need time. Most of all, they need time to figure themselves out, and discover who they are and what they want, before they can build a mature intimate relationship. This is exactly why pressuring people to marry young (a pressure that most of the characters feel) can lead to disaster.

The Iron-Crane Pentalogy is one of my favorite works of Chinese fiction, so of course I’m not done discussing it. Come back next week for Part II.

Sara K. loves fresh lychee fruit. She ate some right before working on this post.