It has been a while, but welcome back to 3 Things Thursday! As you know, this week is the CLAMP Manga Moveable Feast. CLAMP has written a lot of terrific female characters, like Sakura, Yuuko, Hikaru, and the list goes on. I’ve always gravitated towards supporting characters, though, especially when they’re as awesome as some of CLAMP’s. And so, this Thursday, let’s talk about my…

1. Hokuto, Tokyo Babylon – I already went on and on about Hokuto in yesterday’s roundtable, but really I could talk about her all day. While she’s pretty great in her capacity as “Subaru’s twin sister,” she’s even better on her own, and I’m thrilled that CLAMP decided to break away from the manga’s primary thread long enough to let us see that. Volume two’s final chapter, in which Hokuto steps in to rescue another woman from her male pursuers, is one of my favorite moments in the entire series. She’s like a superhero in this scene, and it’s impossible not to fall in love with her. 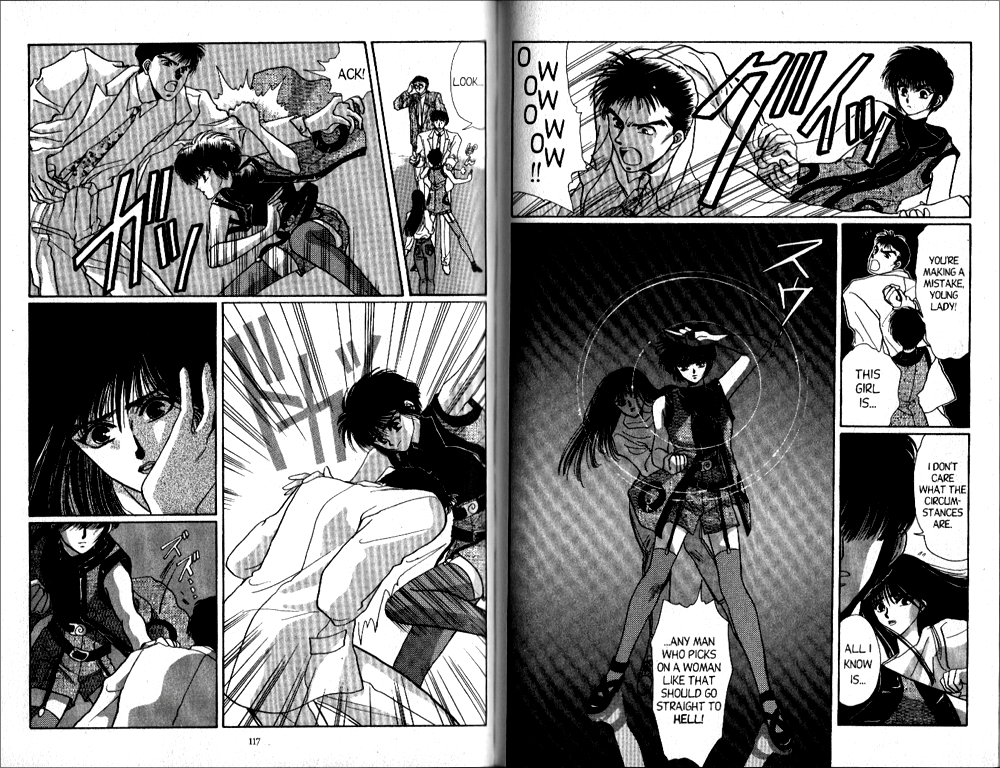 2. Himawari, xxxHolic – One of the characters who seems to get the least love from fans in xxxHolic is Himawari, Watanuki and Doumeki’s schoolmate who was born with the unfortunate characteristic of bringing bad luck to the people around her. But Watanuki adores Himawari, and so do I. I love her understated insights, her sweet good nature, and the smile that covers up her loneliness. This scene in which Watanuki finally realizes what’s really going on with Himawari is a favorite of mine, partly because of Watanuki being who he is, but also because of Himawari’s cheerful acceptance of what she is certain must be the end of their friendship. 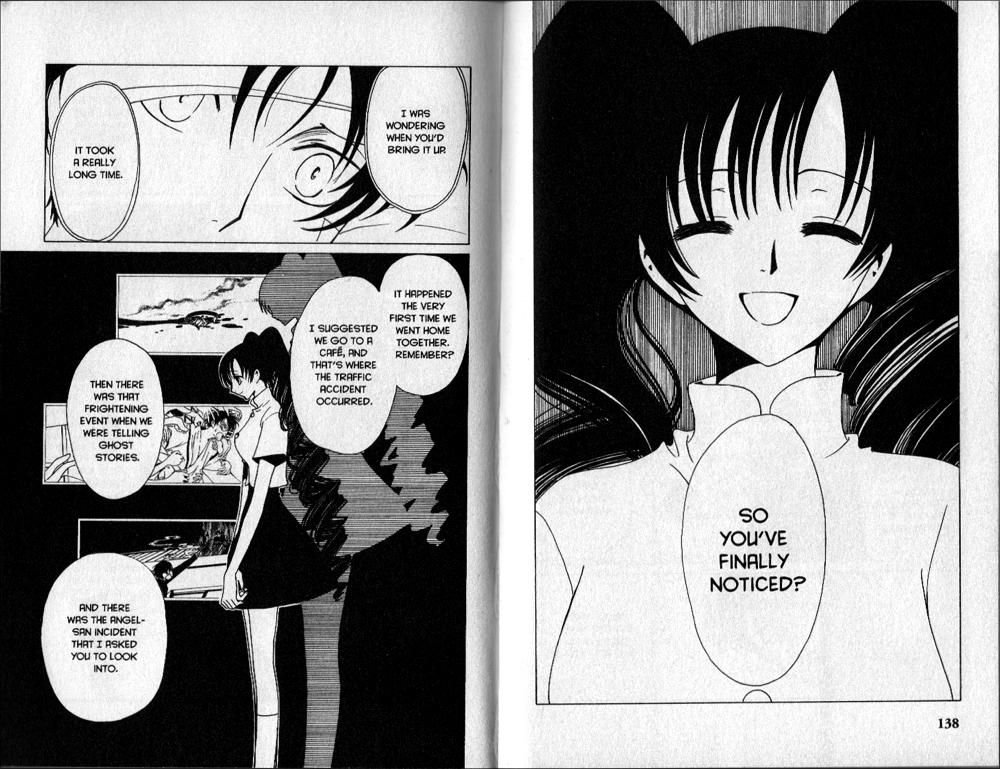 3. Tomoyo, Carcaptor Sakura – Oh, Tomoyo, Tomoyo… if Cardcapter Sakura is the absolute dearest of all dear things in the world, Tomoyo is even dearer. Her complete devotion to Sakura is adorable of course—Tomoyo is a true friend—but it’s more than that. She’s a completely original little person, and it’s just a joy to watch her exist. She’s as dear as can be here, but I think my favorite moment is in the last panel, when she greats the fairly terrifying true form of Cerberus with, “Have we met?” 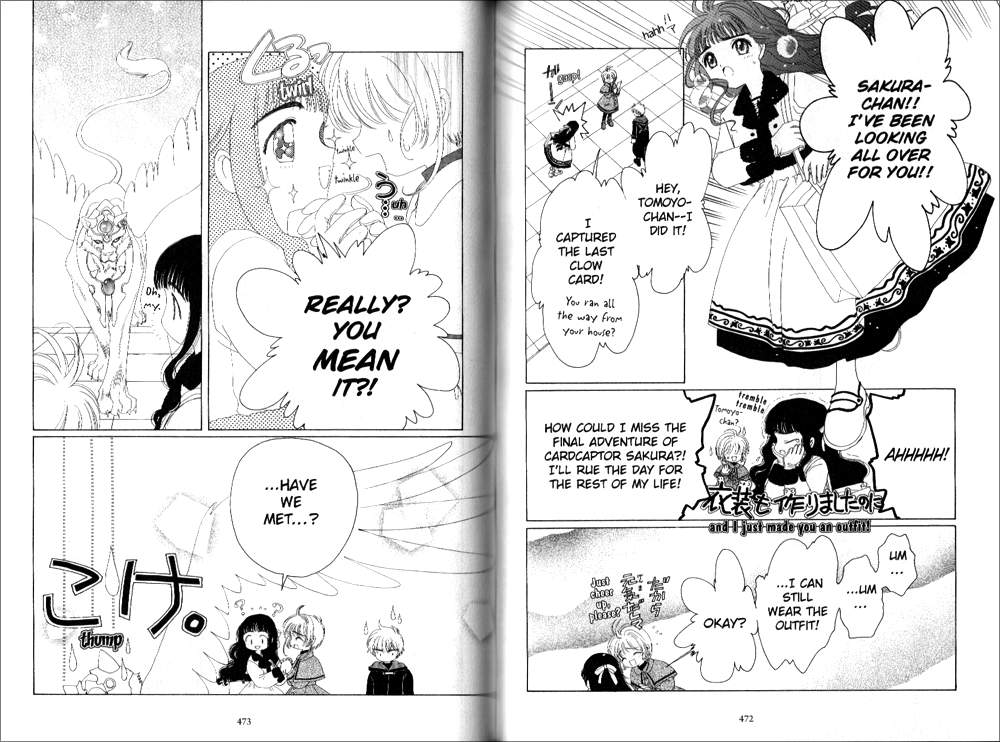 So, readers… who are your favorite CLAMP women?