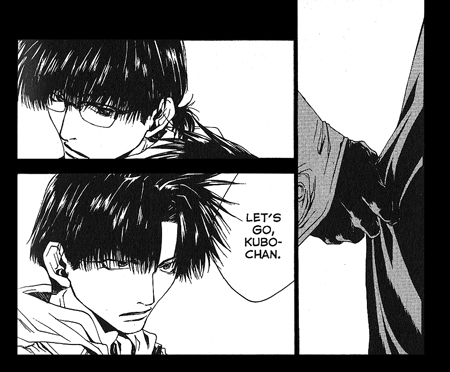 You know the kind of touch I mean—that little nothing of a touch that somehow means everything, the brush of the hand, the tug on the sleeve that so clearly signals protectiveness, intimacy, and a strong hint of possession. While this is often used in romantic manga to indicate a controlling party—usually the male in a heterosexual romantic relationship—Minekura makes her characters each equally possessive of the other, creating a universe of two that is glorious to behold.

In Wild Adapter the casual touch is almost exclusively the territory of its protagonists, Kubota and Tokito, whose relationship is in some ways fairly ambiguous, but in one way perfectly clear. Whatever they are precisely to each other, they are with their whole hearts, and nobody else is even remotely a factor.

In volume two, a woman observes to Kubota, “Since the first time I met you two, I thought Tokito was weird. I wondered why he was so possessive of Kubota-san. But the truth is… you’re the one who is.”

As it turns out, she was right both times. Both Kubota and Tokito see their relationship in this way, and it’s obvious even in the simplest of touches. Even a humorous scene is filled with these moments, and it’s interesting to note that there isn’t much difference between casual leaning and a kick to the head in terms of effect. Both these movements reveal intimacy. 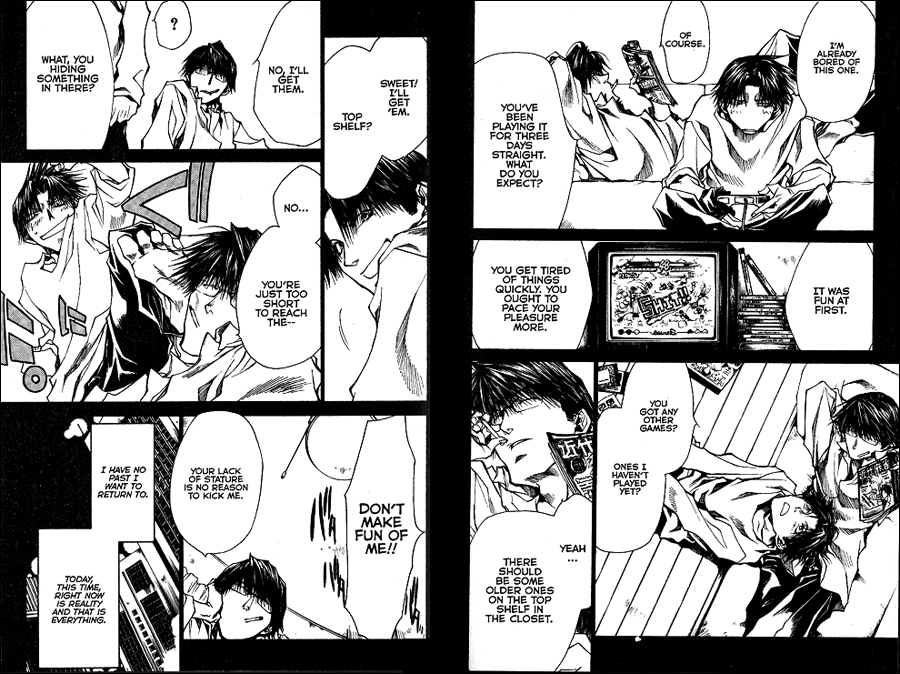 Sometimes the touch is less casual, but still private, creating intimacy in an unlikely setting. In this scene for instance, Kubota and Tokito aren’t particularly casual at all, to start. Kubota’s displaying protectiveness, sure, but there’s a sense of urgency with Tokito not at his best, and that’s the tone the scene opens with. Just a bit later, though, our attention is drawn to just their hands—one gloved, one not—and emotional the core of the scene becomes centered there, on fingers squeezing fingers, a tiny thing that nobody would take notice of in the cold, vast environment of the hospital. Kubota’s possessive arm around the shoulder later doesn’t hurt either. 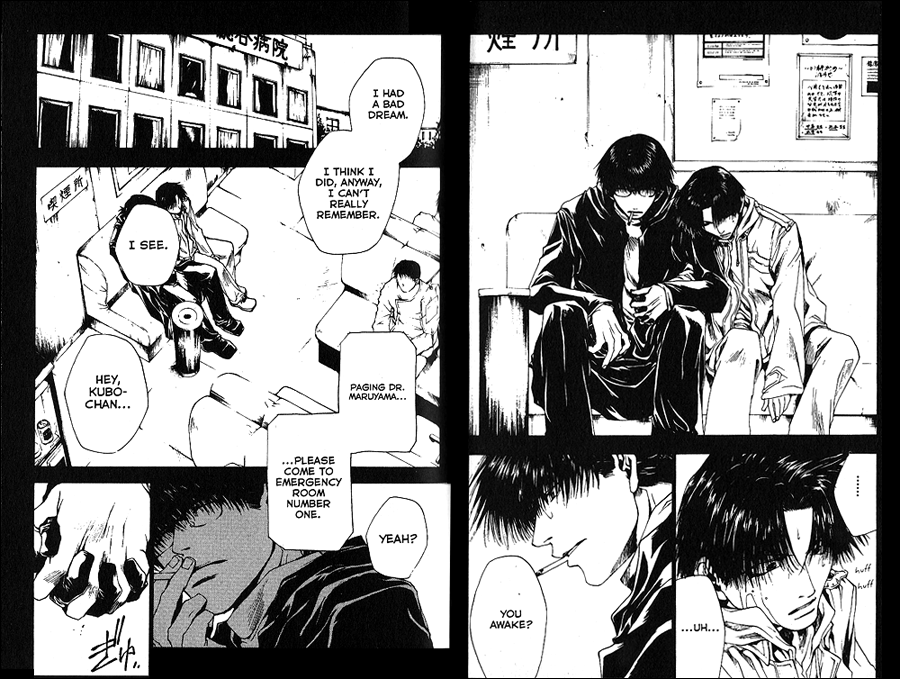 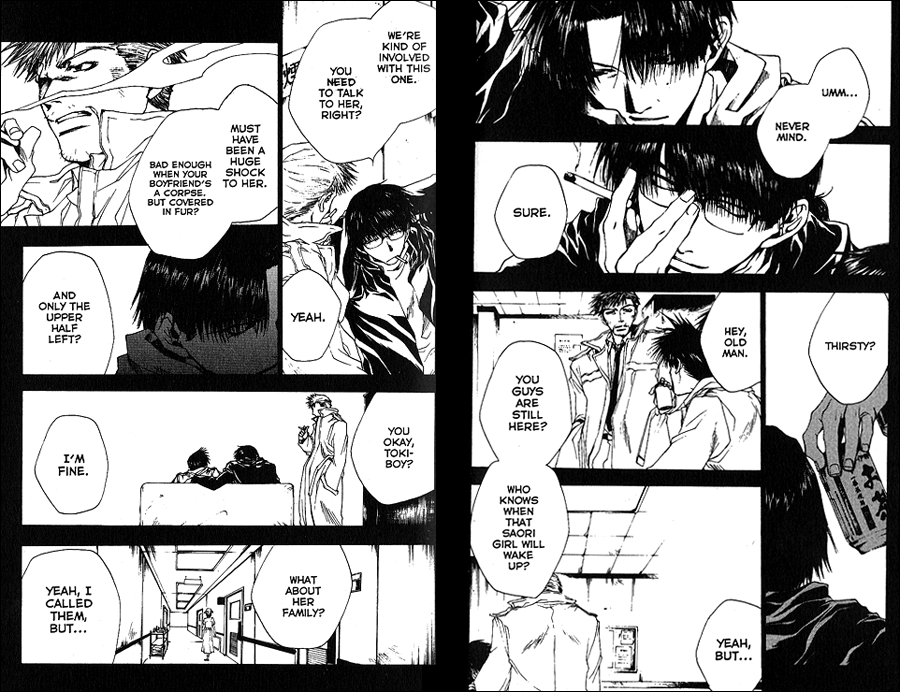 What’s perhaps most interesting about the casual touches in this manga, is that though Minekura uses them liberally throughout the first four volumes, when the story flashes back to Kubota and Tokito’s first year together, we discover that for a long, long time Kubota would not touch Tokito at all (their earlier moments notwithstanding). Of course what this really facilitates is the opportunity for a beautifully intimate scene like this near the end of the chapter, when Tokito finally offers his hand to Kubota and insists that he take it. 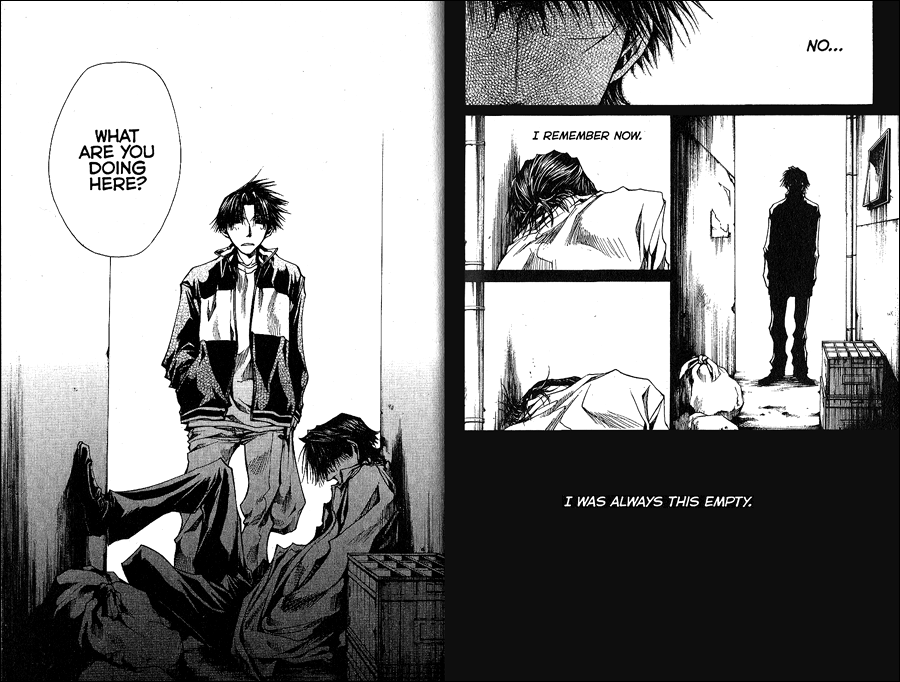 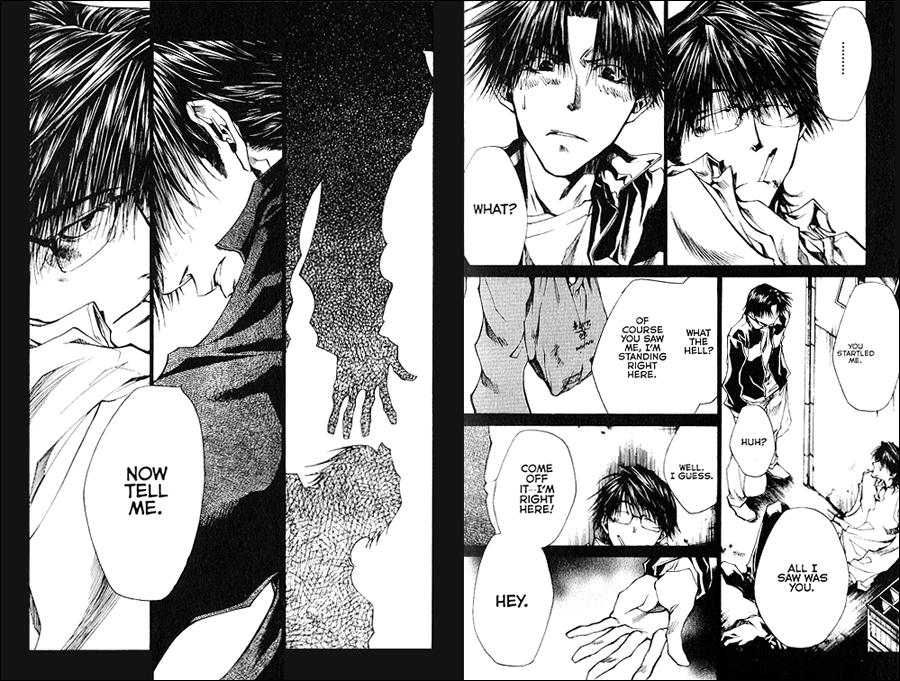 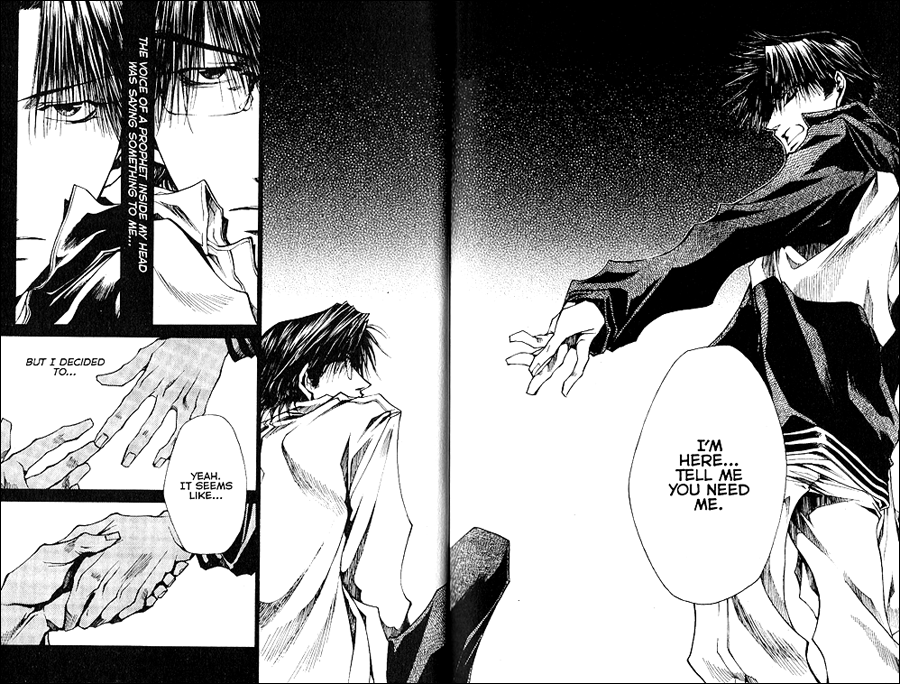 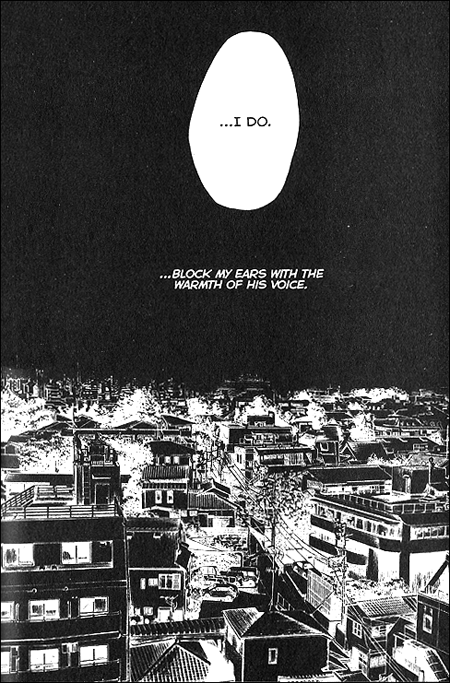 To a random onlooker, this might appear so casual as to not even register at all. Offering a hand to help someone up is a gesture of friendliness, certainly, but not usually one of intimacy. In reality, this hand offered is as far from casual as it could possibly be, and perhaps more intimate than a kiss in that moment.

Of course, sometimes the best touching is not remotely casual. In romantic manga, even one as ambiguous about it as this one, there’s really nothing that can top that heart-stopping moment of intimacy that bursts from something casual into something profound. In this kind of moment, with this kind of touch, the whole world falls away for that long, long moment—their world, our world, the entire universe even—stunned into an endless second of suspended animation by the power of human touch. 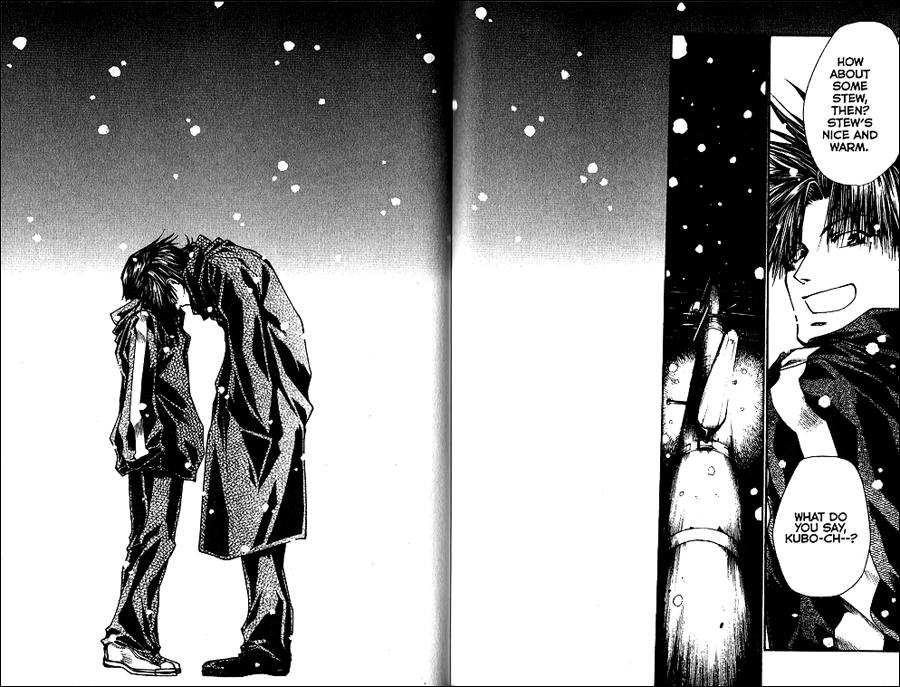 When I started this column, “Fanservice Friday,” I wasn’t really sure what I planned to do with it. “Fanservice” is a term generally imbued with negative connotations, used mainly as an expression of derision or at least complaint over elements inserted into a work for the sole purpose of titillation. “Fanservice” is most commonly used to describe something exploitative, pandering, and possibly offensive. At best it’s a term infused with self-mocking. 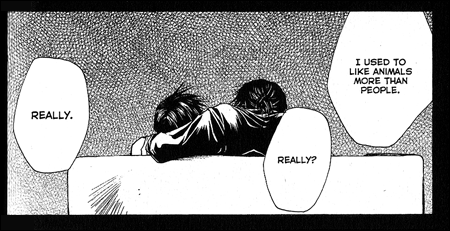 Over time, what the term has come to mean for me however, is something a bit broader.

As someone whose attention is grabbed more often by emotional hooks than visual ones (despite my slight obsession with coats and sleeves) I’ve discovered the reality behind what services me as a fan.

For me, a single image like the one to the right is about a thousand times more titillating than a chapter full of suggestively clad hotties or even outright pornography. The hunch of the shoulder, the protectively placed hand, the comfort and familiarity filling the frame—this intimate atmosphere is what fills me with longing and a desire to see my fantasy played out on the page.

This is my fanservice. Thanks, Wild Adapter.