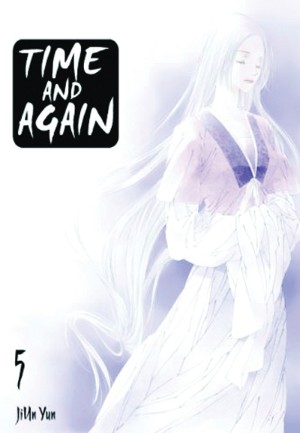 With March upon us, it’s time to take a look at the month’s upcoming manhwa releases. First off, we have volume five of Time and Again (Yen Press), JiUn Yun’s story of a pair of ghost hunters in Tang Dynasty-era China. This is the series’ penultimate volume, so it’s likely to be pretty dramatic. Also from Yen Press, we’ll see volume twelve of Japanese-published Korean-created Black God.

From NETCOMICS, March promises volume two of There’s Something About SunYool, one of last year’s few standout new releases.

And at Manga Xanadu, Lori Henderson takes us through the latest issue of Yen Plus, including new chapters of manhwa series Aron’s Absurd Armada and Milkyway Hitchhiking.

In a bit of blog news, given the slow nature of the US manhwa industry lately, I’m considering moving Manhwa Monday from a weekly column to bi-weekly or even monthly. It grows increasingly difficult to find enough news to report each week, and less frequent columns could mean those that do get made are a bit more substantial. What say you, readers?