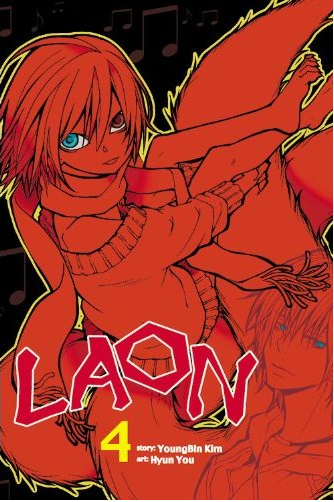 Welcome to the first Manhwa Monday column in 2011! Though I’m sorry to say, readers, that I’ve come here mainly to whine. This morning, I did my regular beginning-of-the-month search for new manhwa releases for January, and these were the results:

Yep, that’s it. The sole upcoming manhwa release for the month is volume four of Laon from Yen Press. Now, surely one slow month is nothing to whine about, but with no new manhwa license announcements (so far) for the upcoming year, things are starting to look a little bit grim.

Udon Entertainment and TOKYOPOP have seemingly abandoned their manhwa lines. Dark Horse has two series still running, with nothing new on the horizon. NETCOMICS hasn’t updated any of their online series since October (and has nearly given up print). Even Yen Press, the industry’s trustiest source for English-language manhwa, has more series winding down than anything else.

Despite KOCCA’s strong presence at 2010’s New York Comic Con, manhwa seems to have lost momentum in the North American comics market, with very little obvious push coming even from KOCCA itself, if the current state of NETCOMICS’ release schedule is anything to go by. So imagine my surprise when an article entitled Will Manhwa Catch Manga? turned up in my Google Alerts this week.

My surprise faded quickly as I actually read the piece. The article’s author, Ulara Nakagawa, quotes Jung-sun Park, a professor at California State University, thusly, ” Though they’ve been consistently popular domestically up to now, she said, Korean comics, or manhwa, have yet to really take off outside of the country.” This obviously jives with what we’ve been seeing here in the US.

Where Park sees the future of manhwa, however, is in digital comics, particularly those that may potentially be offered for the iPad. Now, while I’m not particularly thrilled with this idea as a trend–I like my manhwa in print, especially the long, soapy, sunjeong series of which I’ve become so fond–evidence points to webtoons as being the source of much innovation in Korea’s comics industry, and I’ll take what I can get.

With that in mind, it’s telling that my only real bit of manhwa news this week comes from iSeeToon, who recently announced their updated app schedule for the beginning of the year–the only new English-translated manhwa to be announced by any publisher so far for 2011. Though I’ve been unable to check out their Magician series thus far, I’m hoping that the updated app may be available for iPad as well as iPhone/iPod. iSeeToon also continues their series on types of manhwa in Korea with an article on educational manhwa.

This week in reviews, at Slightly Biased Manga, Connie takes a look at volumes four, five, and six of Very! Very! Sweet (Yen Press). And at Anime Salvation, Finn checks out Change Guy (ADV). And for a look at what we’re missing, our own Hana Lee shares a review of volume two of Joseon Female Detective Damo.