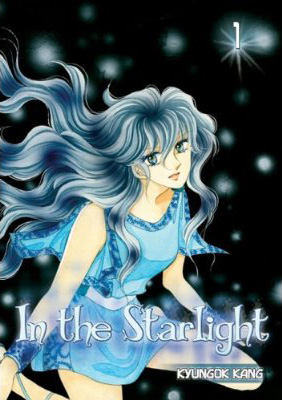 Welcome to another Manhwa Monday! Our featured article this week comes from the iSeeToon blog, where Jeong-Woo Seon (aka “mirugi”) continues to explain the Korean manhwa industry to its English-speaking audience, this time delving into manhwa created for the Dae-Bon-So, an old school manhwa rental system.

The article goes on to name some series that were specifically created for the Dae-Bon-So, including one of my personal favorites, Kyungok Kang’s sci-fi girls’ manhwa, In the Starlight, available in English from NETCOMICS.

From the article: “History of ‘Dae-Bon-So Manhwa’ was not clear exactly, however it begun after Korean War in 1950’s. ‘Dae-Bon-Son Manhwa’ was welcomed in 1960’s, while Korean culture is improving. There were very few TVs at then, ‘Dae-Bon-So’ was only 1 place to enjoy culture content with cheap price. ”

As with their earlier articles, iSeeToon has promised a future rewrite with more polished English, but what’s there now still makes for an interesting and informative read. Read the full article here!

This week in reviews, at Manga Maniac Cafe, Julie takes a look at volumes four and five of Goong and volume four of Jack Frost (all from Yen Press). At Mania.com, Kate O’Neil reviews volume four of Time and Again (Yen Press). Michelle Smith discusses that volume as well over at Soliloquy in Blue, along with the final volume of Moon Boy (Yen Press). Over at LiveJournal, user driftingsong talks about an untranslated series, My Lovable Fatty. And last week at Manga Bookshelf, I take a look at Korean-created March Story in our latest Off the Shelf column.