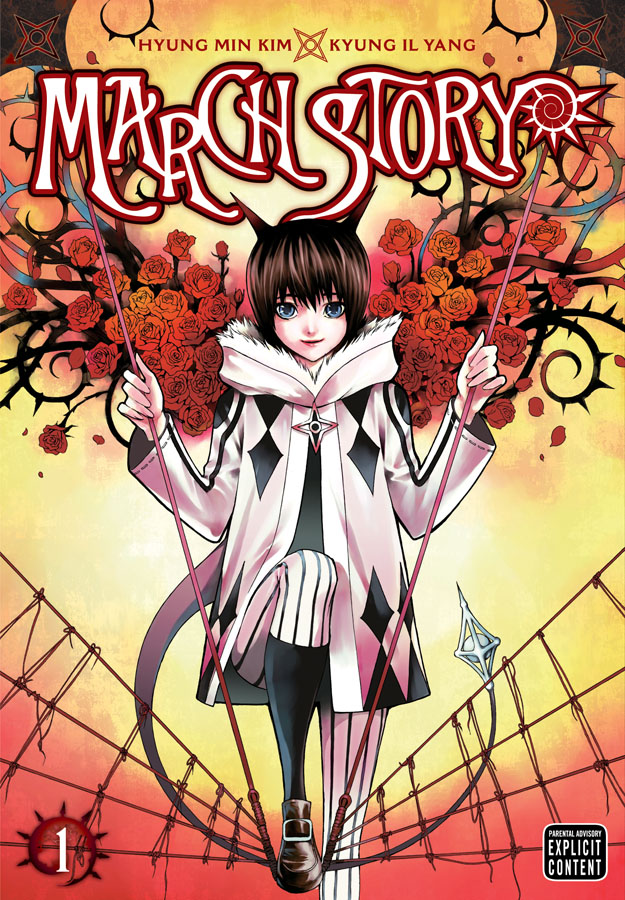 As someone who pays quite a lot of attention to Korean manhwa artists, it’s a bit embarrassing for me to admit that one of the things that tends to pass by my radar completely is Korean artists with work being serialized in Japan. One such artist (or two, actually) has a work debuting here in English this week and I’m terribly late to the party.

Here’s a rundown of the story as described in a recent press release from Viz:

Among the quiet villages and towns of 18th century Europe, demons known as the Ill hide within the most beautiful works of art and are sparked to life by the torment of their creators. Attracted by their jewel-like allure, unwary viewers can find themselves possessed by the Ill and will be driven to horrific acts of violence. Only the hunters of the Ciste Vihad can dispel the Ill. March is one such hunter, tracking the Ill from town to town to find the antiques that contain the demons before they can possess anyone. If the worst has come to pass, March’s full powers are unleashed to battle the fiendish Ill.

This volume is rated “Mature” and will sell for $12.99 here in the US. For more information, visit Viz’s news room.