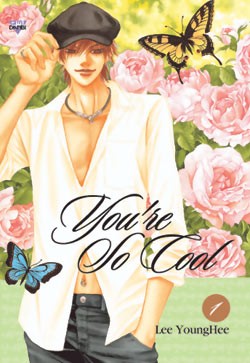 You’re So Cool | By YoungHee Lee | Published by Yen Press | Rated T (Teens) – My big news for the afternoon is the event of my guest review of YoungHee Lee’s You’re So Cool (full series) over at Brigid Alverson’s MangaBlog. This is a series that began on weak footing with me, setting itself up to be another Hot Gimmick or Black Bird or any number of other girls’ comic series dedicated to romanticizing smug, controlling men.