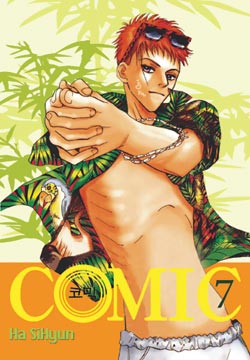 Comic, Vol. 7 | By Ha SiHyun | Published by Yen Press – Now that Patrick realizes that the girl Neil has fallen for is his own estranged girlfriend, Alice, he is filled with jealousy as Neil and Alice prepare for the school festival’s three-legged race together. Patrick’s partner in the race is a real surprise as well. Later, Alice is mesmerized when she sees Neil dance but is flustered when he confesses his feelings for her. Both Patrick and Alice experience wavering feelings throughout the volume–Alice for Neil and Patrick (shockingly) for ice queen Daria–but by the end they are both drawn back to each other, even if their timing is astoundingly unfortunate.