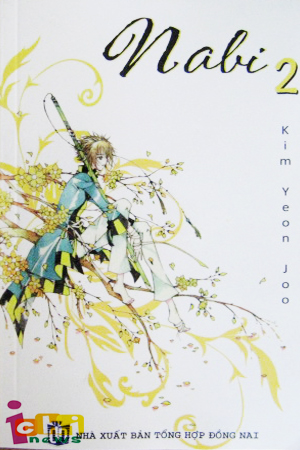 It’s a hectic Manhwa Monday today at Manga Bookshelf, but we’re squeaking in at the last minute!

With the manga/manhwa blogosphere still riding out the aftershocks of the most recent debate on scanlations (or “scanslations,” depending on who you talk to) it’s refreshing to see some fans still sharing untranslated material the old fashioned way.

A reader recently pointed me towards this journal from dreamwidth.org user sohan, who is sharing summaries and translated (text-only) exerpts of the unlicensed manhwa series Nabi by Kim Yeon-joo (not to be confused with Tokyopop’s Nabi: The Prototype, a collection of one-shots).

Four volumes are covered so far, with more to come. Those learning Korean currently will be pleased to note that sohan posts excerpts both in English and hangul. For a nicely detailed glimpse of a series we have yet to see here in English, check it out.

In other news, Deb Aoki gets the scoop on the upcoming X-Diary film in this interview with producer (and NETCOMICS VP) Soyoung Jung and screenwriter Kevan Peterson.

At ComicBitsOnline, Terry Hooper asks, “Korean Manhwa…When Do We See The Explosion?” in the UK particularly.