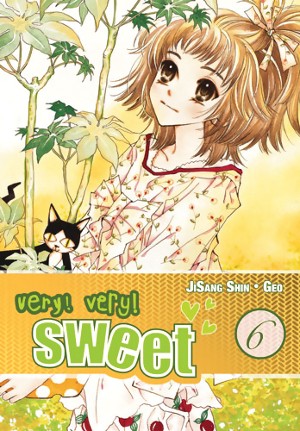 Welcome to another Manhwa Monday! I’ll get to the reviews in a moment, but first let’s take a look at some of this month’s upcoming releases. It’s all Yen Press this month (at least in print) but they are giving us plenty to look forward to. In March, we’ll see new volumes of Angel Diary, Very! Very! Sweet, Raiders, You’re So Cool, The Antique Gift Shop, and Time and Again.

My personal picks from the lot would be the next installment in JiUn Yun’s Time and Again (see my review of volume one here) and new installments of JiSang Shin and Geo’s Very! Very! Sweet and Lee Young-hee’s You’re So Cool, both in their sixth (and final, in the case of YSC) volume.

Meanwhile, NETCOMICS will be offering at least one new chapter of Sooyeon Won’s Full House (see my reviews of chapters one and two) and Youngran Lee’s There’s Something About Sunyool, both due on March 5th.

In this week’s reviews, Bride of the Water God (Dark Horse) is popular, with reviews from both Holly Ellingwood at Active Anime and Susan at the Virginia Beach Library website where it has been chosen as a staff pick. Volume one of One Fine Day (Yen Press) is reviewed both by Tiamat at Tiamat’s Reviews and me here at Manga Bookshelf. At Manga Maniac Cafe, Julie looks at volume nine of Shaman Warrior (Dark Horse) and at If Magazine, Danica Davidson talks about volume three of 13th Boy (Yen Press).