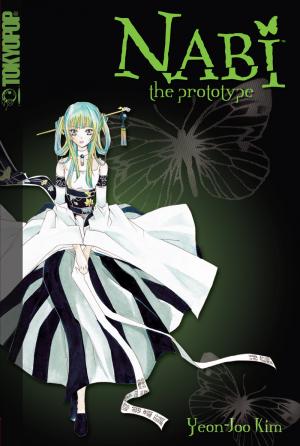 Welcome to Manhwa Monday! It’s a lazy day over here at the Beasi household, but thankfully there’s always enough energy to talk about manhwa.

Today’s featured review comes from Emerian Rich at dashPunk, discussing Yeon-Joo Kim’s Nabi the Prototype (Tokyopop, 2007). Posted specifically for yesterday’s holiday, Emerian explains, “When we think of Valentine’s day, we often think of poetry, so for today’s post, I thought I’d bring you a book of poetry themed comics.”

This short review contains a sample from the book to whet the appetite, explaining also the potential difficulty for readers who may not connect easily with the book’s poetic style. “I’d recommend this book for anyone who likes to look beyond the obvious and experience love stories truly unique.” Check out the review for more!

This week was especially meaty in terms of reviews, so I’ll get right to it!

First, Noah Berlatsky at The Hooded Utilitarian is unimpressed with Manhwa 100: A New Era for Korean Comics from the Korean Culture and Content Agency (KOCCA). I’ve heard similar criticisms of this book in the past, though I admit I’m still considering picking it up, simply because there is so little available about manhwa in English. I suspect it may be worth the money just for the art.

Over at Comics Should be Good, Danielle Leigh takes a wonderfully lingering look at the first three volumes of Sugarholic (Yen Press). And she’s not the only one reading in bulk! At Slightly Biased Manga, Connie checks out volumes one, two, and three of Pig Bride (Yen Press) as well as volume nine of One Thousand and One Nights (Yen Press).

It’s all Yen Press this week actually, with reviews of Moon Boy (Vol. 7) from Lissa Pattillo at Kuriousity, Raiders (Vol. 1) from Ken Haley at PopCultureShock, Jack Frost (Vol. 2) from D.M. Evans at Manga Jouhou, Laon (Vol. 1) from cornerofmadness at LiveJournal, and 13th Boy (Vol. 3) from me here at Manga Bookshelf.

One last bit of news, Brigid Alverson at MangaBlog pointed out a page of Korean comics (mostly Northern) from Heinz Insu Fenkl which I had never seen before. It includes links mainly to cover art, but also a few essays and translations that are well worth a nice, long look.