I received an e-mail this morning to let me know about an event I very much wish I could attend– an exhibition entitled “Manhwa 100: Centenary of Korean Comics” presented by London’s Korean Cultural Centre from May 21st through June 24th. If you’re reading this blog from across the pond, take note! From their press release: 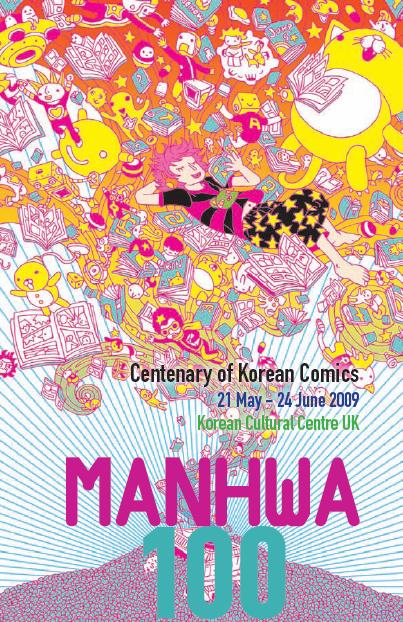 Manhwa: A Language of Unlimited Imaginations
Manhwa celebrates its 100th anniversary in 2009. This popular art form holds a long and cherished history that began with the first publication of Doyoung Lee’s political cartoons in “Daehanminbo.” This print newspaper was founded on June 2, 1909, and manhwa was born along with it. Manhwa is an art form used to comment on a wide variety of topics. It can often spotlight societal injustices. Sometimes, manhwa tells marvelous tales of dreamy romance. Other times, the art form simply uses its simplified figures and their exaggerated gestures to provide amusement and entertainment. To this day, manhwa continues to evolve and hold a special place within the hearts and minds of Korean society. 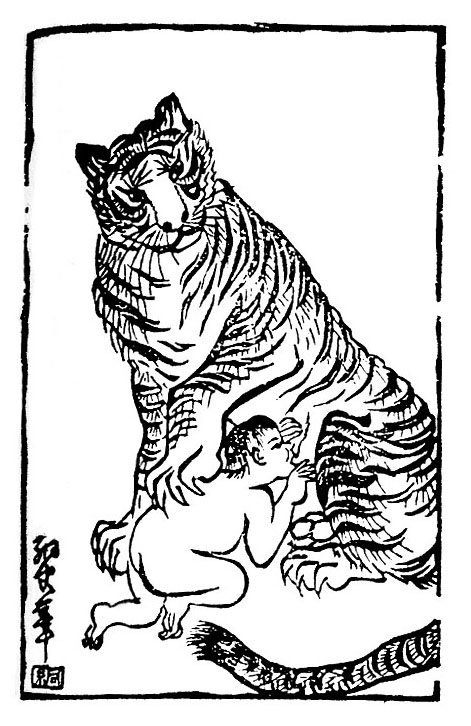 We can examine the history of manhwa by identifying unique traits within each distinct era and observe how the beloved authors of each generation interacted with the public. Following its birth, manhwa had to endure Korea’s tumultuous history under Japanese colonial rule. Manhwa survived the time periods of national liberation, the dark years of the Korean War, and through the dismal military dictatorship. The 80’s and 90’s of the 20th century marked the renaissance of manhwa. Manhwa published during these bygone eras help us reflect on our nation’s past.

On the other hand, the new work from the year 2000 and onwards employs digital media technology. These works allow us to interpret present-day Korean comics in a new light and maybe even predict the industry’s future.

Art Toon Art:
Art Toon Art brings together the work of twelve artists including Dong-Hwa Kim and Young-Ok Kim, whose work pushes the boundaries of conventional comic book art humorously by reinterpreting famous masterpieces. This small display is derived from the exhibition Masterpieces Meet Comics which is held annually in Korea and is based on the theme of convergence between comics and art.

Manhwa Illustrations
A small collection of work by famous graphic illustrators including Min-Woo Hyung and Kwang-Mook Lim is shown together for the first time. 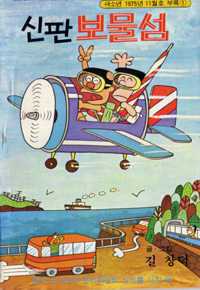 Manhwa Bang
Bang is the Korean word for room. It’s a social space where you can hang out with friends and read a wide variety of Korean Manhwa.

Film Screenings
Admission to the films is free but tickets must be booked in advance with the Korean Cultural Centre. Tel: 020 7004 2600

The War of Flower
Friday 22 May 4pm
Venue: Cinema Hall, Korean Cultural Centre UK
Go-Ni loses his entire savings and the money that he stole from his sister in the high stakes card game known as “Hwatu.” Go-Ni figures out shortly after the game that he was swindled and he spends the next 6 months tracking down the person that robbed him of his money. Starring Seung-Woo Cho, Hye-Su Kim, Yun-Shik Baek.
South Korea 2006 Dir. Dong-Hun Choi (English Subtitles) 139 min

For more information, check out the Korean Cultural Centre website.