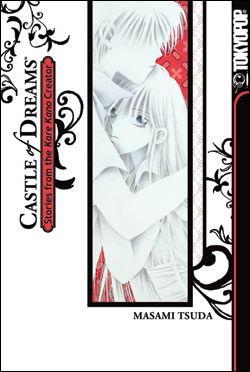 The first three stories are fairy tales of a sort, one of which is actually set in the universe of Hans Christian Anderson’s “The Little Mermaid.” In each of these, the protagonist is eventually driven to call upon a sorcerer who grants wishes—a fairly common fairy tale convention. What makes these stories different from most is that the sorcerer is not necessarily a neutral player. He displays an unusual connection to the human world, and even quite a bit of compassion for it, lending an unexpected warmth to typically sinister settings without sanitizing the stories or dumbing them down.

In the second of these tales, for instance, the sorcerer grants a young woman’s wish to erase the day in which she met the man who would ultimately be the ruin of her people. When it becomes clear that their meeting and falling in love is unavoidable no matter how many days the woman might erase, the sorcerer resolves to set her free from her fate, simply because he granted the wish of the original Little Mermaid (from whom she is descended), and feels responsible for her plight. In the third story (the standout of the bunch), the sorcerer actually becomes imprisoned in his own spell, which has been overtaken by a young pageboy’s wish to escape the class constraints of his society and enter his own private world where he may be allowed to live happily with his nobleman half-brother. In this case, the sorcerer is as much at the mercy of the wish as the boy is, yet he still appears more concerned for the boy’s fate than this own. These stories are not extraordinary by any means, but they are fresh and familiar all at once, and have a lovely otherworldly quality as all good fairy tales should.

The second group of stories consists of four short romances. The first of these, “The Room Where an Angel Lives,” is a wistful tale of a young orphan boy and a lost little girl clinging desperately to each other in the slums of England’s industrial revolution. The two are eventually separated, sending the girl back to her family and the boy down a path of bitter ambition. Though this story is surely the weakest of the bunch, it evokes a real sense of the period and sets the tone well for the bittersweet collection to follow.

All the rest are modern-day teenage romances, though with none of the formulaic sameness that might suggest. The stories’ female protagonists in particular are wonderfully quirky and well-defined, particularly Chisato in “Awkward Relationship,” who prefers books to boys, and Kyouko in “Because I Have You,” who is tortured by volleyball. All of these young women are complicated but relatable, and Tsuda balances romance with humor easily, rarely succumbing to the lure of melodrama or fluff. The most unusual of the stories is “I Won’t Go,” in which the heroine, Tami, finds herself in love with two different boys, one whose similar background enables him to understand her most painful feelings, and another whose warm heart rescued her from those feelings at a crucial time in her life. Tami’s struggle with her emotional duality is written with a surprising amount of insight, especially considering the length of the story, and where she lands in the end is nicely surprising. Not all the romance ends happily, but in each instance, the protagonist has learned something important about herself and her world.

The greatest strength of this book, however, is the depth and complexity of emotion portrayed, making each relationship feel both very real and completely unique. It is a common pitfall for writers of romance to decline into writing the same romance over and over, and Tsuda never falls into that trap. What this really indicates is that Tsuda is not writing romance to play out her own fantasies, but rather to explore how people are shaped by love and attraction as they move through life, and the result is much more satisfying for the reader than pure wish-fulfillment fantasy could ever be. Even in the initial fairy tales, which are clearly fantasy, love is the catalyst in the character’s stories, but it is also what brings them down to earth.

The quality of Tsuda’s art varies over the course of the book, and the panel layouts of some stories are easier to follow than others, but in all cases, the characters are well-drawn and distinct, with faces that come to life on the page. The fantasy settings of the initial trilogy are quite lush—stunningly beautiful in spots—and form a visually cohesive whole, while the later romances provide a more eclectic look.

Though few of the stories in Castle of Dreams are truly remarkable, the volume as a whole offers a mixed bouquet of human feeling, with just enough color and delicacy to please.