The Beautiful Skies of Houou High

MJ: Hm. I foresee several issues here. Maybe we should just talk about manga. Got any? 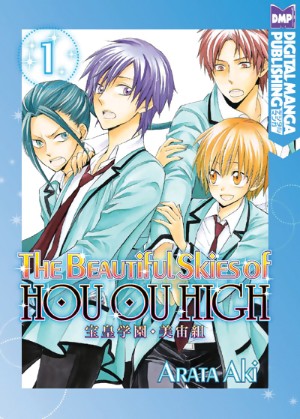 MJ: I hardly know what to say. That sounds… just awful. First of all, what the hell, boys make her sick? What an offensive way to portray a lesbian teen. And on top of that, she’s basically being tortured? You know, a manga about the mistreatment of gay teens in school could be a really great manga, but when these kinds of things are tossed into a story that’s not taking them seriously, it’s just gross. 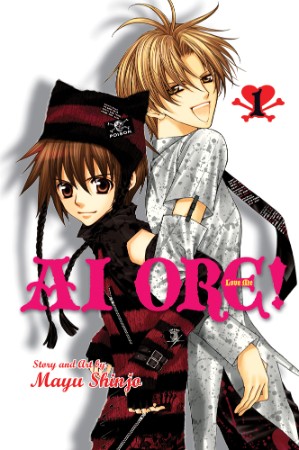 MJ: Well, I’ve yet to see a lot of smut here. It’s mostly just tedious mooning around, though there are some pretty unbelievable sexcapades near the end of the volume. Still, that’s definitely not what’s offensive about the series. And yes, I do wish I was reading W Juliet! It sounds much more promising. 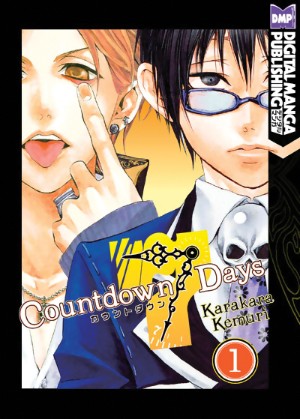 MJ: This sounds like one of those stories that might be really flawed, but I’d still love them. I could be wrong, of course, but I admit I’m intrigued. Messy human beings (living or dead) are fascinating to me.

MICHELLE: When I was reading it, I seriously thought, “MJwould like this.” Mitamura’s fun to look at and a character type one doesn’t see too often, so I’m looking forward to volume two to see how things develop. 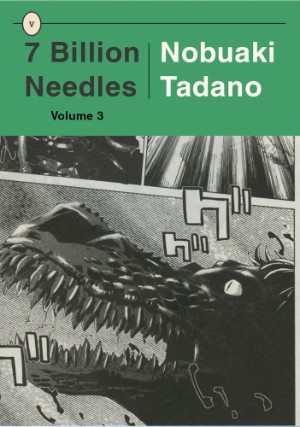 MJ: Well, with the Eisner nominations out just last week, I thought this would be a great time to take a look at volume three of Nobuaki Tadano’s 7 Billion Needles, nominated this year for “Best Adaptation From Another Work.” This series was one of my picks for the 2010 Manga Bookshelf Gift Guide, and was a key player on the impressively strong roster of new series Vertical debuted last year.

MJ: She’s definitely my favorite thing in the series, and there’s a lot to like overall. I should mention that the two aliens provide some winning moments in this volume as well, as they try to share Hikaru’s consciousness.

MJ: YES. And furthermore, my husband went out for donuts. I WIN.

MJ: I’d send you one, but there’s that whole mail problem again. So…