Last week, Japanese authorities arrested four men for posting chapters of One Piece to Manga Panda, a for-profit scanlation site. Friday’s arrest came on the heels of a similar bust in which two men were taken into custody for scanning another Weekly Shonen Jump title, The Seven Deadly Sins. In response to these arrests, VIZ Media issued a statement today affirming its support for international copyright enforcement:

It is alleged that this content was illegally distributed internationally through the online scanlation site MangaPanda. The site is also alleged to be the supplier to additional perpetrators possibly involved in the cross-border violation of intellectual property rights and copyright law.

Digital piracy is a crime that steals what others have worked so hard to create. VIZ Media actively supports manga creators and manga fan culture, and is committed to making the highest possible quality content available to a global audience through licensed channels.

Predictably, some fans have used these breaking news stories to defend their interest in scanlations. At Anime News Network, for example, one user declared, “I feel bad for [Manga Panda]. They were doing good for the community. Luckily piracy isn’t killed so easily.” Other posters offered more specific justifications for their scanlation habit:

It’s all well and good if you can read Japanese, but if you can’t then limiting yourself to only licensed manga that is still readily available for purchase places a huge limitation on what you can read in a medium you supposedly enjoy.

Compared to Japan where you can check several series out in cheap magazines, I feel like I’d be the one getting cheated out of my money if I had to buy a full volume (again more expensive than in Japan) of every single series I wanted to check out. And what about licensed, incomplete series dead in the water? Tough luck, I guess.

Not all observers shared these sentiments; sprinkled throughout other ANN discussion threads were comments acknowledging the financial and legal consequences of scanning. “Manga isn’t made for free,” another user opined. “While I’m sure Oda is living his dream making One Piece it’s also his job, meaning he’s supposed to get paid for it and guess what?, it’s probably Shueisha who’s paying him.”

Speaking as someone whose academic research focuses on the American music industry, I admire pirates’ efficiency at delivering a desirable product to consumers quickly and cheaply. I understand why a student with limited financial means might justify reading scanlations instead of paying for legitimate copies. And I sympathize with the desire to “try before you buy”; in my seven years of manga reviewing, I’ve read hundreds of mediocre-to-terrible books, many of which I’ve bought myself. (FWIW, I don’t review scanlations. When I’ve received a review copy from a publisher, I’ve disclosed that information at the end of my critique.)

Yet none of these arguments acknowledge the cost of producing manga. Publishers have overhead–staff, computers, paper–that is built into the price of the books they sell. Creators devote hundreds of hours to producing a single chapter of a popular series, a process they repeat faithfully on a weekly or monthly schedule. (Creators also have overhead: assistants’ wages, supplies, software, cat toys.) Copyright is designed to protect both groups’ interests by giving them a specific window of time in which they can recoup their investment by controlling how and when a title like One Piece is distributed, both at home and abroad. When a pirate operation such as Manga Panda makes that property available for free, it deprives the copyright holders of royalty payments generated by the sale of authorized copies.

Not sure where you stand on this issue? I recommend reading this thread at Stack Exchange which provides a no-nonsense overview of how international law governs the reproduction of copyright-protected works. 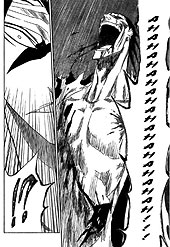 As I mentioned to someone later on Twitter, I was not nearly as anti-scanlation when I entered the conversation as I was when I left. In the end, the pro-scanlation crowd had turned me against them to the point where I not only could no longer see any merit in what they were saying, but was frankly disgusted by the idea of being part of the same fan community. I have some examples to share, but first, a confession: …