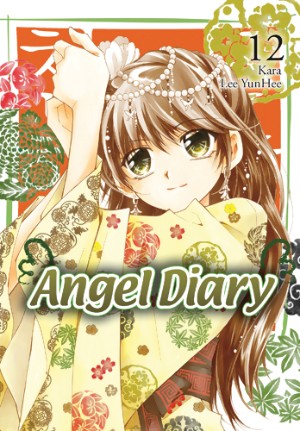 As most of you probably know, Matt Blind is the guy we manga fans look to for weekly analysis of the Consolidated Online Sales Rankings over at his blog, Rocket Bomber. Recently he added some new analysis to mix, the Manhwa breakout, for the week ending August 8th.

It’s a pretty interesting list, and though most of the manhwa doesn’t really rate all that high, what’s surprising is what’s ranking, and in what order. The top three are not shocking at all (new volumes of Angel Diary, Jack Frost, and Bride of the Water God), but then things get a little weird, or at least unexpected.

It’s thrilling to me to see U Don’t Know Me next on the list, a boys’ love one-shot by Yeri Na (working under the pseudonym “Rakun”) and a particular favorite of mine. There are actually quite a few there from NETCOMICS and Tokyopop, despite the fact that some of the volumes were published as long ago as 2003.

Check out Matt’s blog for the full listing.

This week in reviews, Lu at Regular Rumination talks about Kim Dong Hwa’s The Color Trilogy (First Second). Despite being confused about Korean name order, she hits upon some of the things that bothered me about the trilogy as well, so it was a bit gratifying to see that come from outside the usual circles.

Elsewhere, at TangognaT, Anna reviews volume one of There’s Something about Sunyool (NETCOMICS). At Slightly Biased Manga, Connie checks out the final volume of Pig Bride (Yen Press). And at Comics Village, Amy Grocki takes on volume two of Sugarholic (Yen Press).