This week three titles came out all at once that made Manga Bookshelf collectively groan and hold their heads. I decided, in a rare masochistic moment, to read all three of the new volumes. It rapidly became apparent that I’d have to review them together, as they all defied my ability to spin a large number of words. So let’s get started with title #1, which is easily the scuzziest of the three.

(Please note: all three of these titles are various degrees of sexually explicit. Reader discretion is advised.) 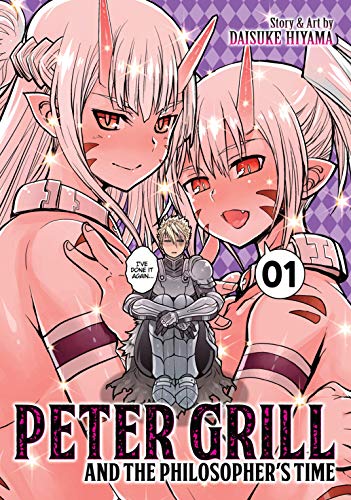 Peter Grill and the Philosopher’s Time. By Daisuke Hiyama. Released in Japan as “Peter Grill to Kenja no Jikan” by Futabasha, serialization ongoing in the magazine Monthly Action. Released in North America by Seven Seas. Translated by Ben Tretheway. Adapted by David Lumsdon.

First off, a brief summary: a guy wins a worldwide fighting tournament, and is recognized as the strongest in the land. He wants to marry his pretty but naive fiancee, but unfortunately as he’s the strongest every woman around wants to have sex with him. He attempts to resist, but fails. Rinse and repeat. As for a review… at least it’s not hiding what it wants to be. About 15 pages into this book, I had read as euphemisms “man yogurt”, “down-low mayo”, “cream filling”, and “man mucus”, to the point where I wanted to beg the translators to just say “cum” over and over like a normal person. They say they want to bear his strong children, but honestly, it’s all about the sex. We get two ogres and an elf in this book, and I’m sure as the series goes on more fantasy creatures will show up. As for Peter, he’s the sort of guy that creators think is likeable but is really teeth-grindingly irritating. It certainly has an audience, but that audience is “80s sex comedy”. I’m amazed the pages didn’t stick together… and I read it on a tablet. 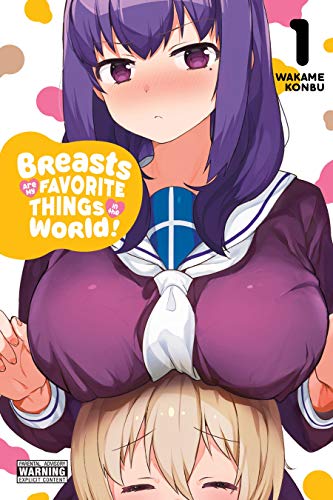 Breasts Are My Favorite Things in the World!. By Wakame Konbu. Released in Japan as “Sekai de Ichiban Oppai ga Suki!” by Media Factory, serialization ongoing in the magazine Comic Cune. Released in North America by Yen Press. Translated by Alexandra McCullough.

This was not as offensive as Peter Grill, but does have the problem that I kept checking to see how many pages to the end. It’s possibly the most boring “sexy” manga I’ve ever seen. The premise: Chiaki is the school “prince”, an archery master and all the girls love her. Harumi, who goes to a different school, has a not-very-hidden crush on Chiaki. Chiaki has a very not hidden crush on Harumi’s large breasts. She likes to grope them, and if she can’t do so, she loses motivation in terms of her archery. It’s basically Knight of the Ice with boobs. Theoretically this is a yuri title, but honestly you end up simply angry after seeing Chiaki say over and over, in about fifteen different ways, that she loves Harumi’s boobs, not Harumi. There are various boob-grabbing situations… buying new bras, etc… but really, nothing happens but boob-groping for about 150 pages. It’s certainly a very narrow fetish. I can’t even imagine yuri fans would be pleased, as they’d no doubt tell Harumi to find someone – anyone – better than Chiaki. And the breast-grabbing, given we’re constantly told it’s not about lust or arousal, is not even sexy. 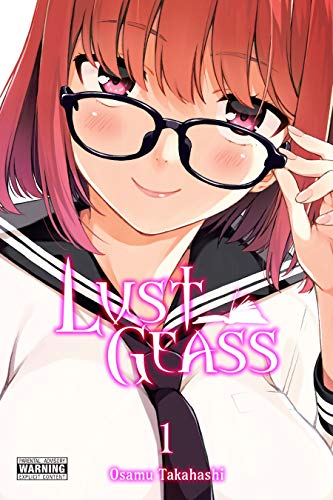