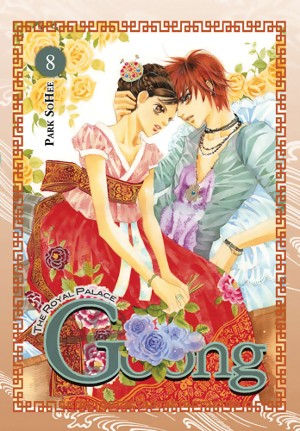 It’s one step forward, two steps back for Shin and Chae-Kyung, as the new openness shakily established between them is blown away by Shin’s resolve to remain Crown Prince–a reaction to the news of his mother’s pregnancy. Both Shin and Chae-Kyung fall back on their own worst habits, with Shin presenting the news as an irrefutable barrier to Chae-Kyung’s future freedom and Chae-Kyung rebelling with all her might. Taking advantage of the situation, Yul throws Chae-Kyung a lifeline, but will it really have the effect she hopes for? 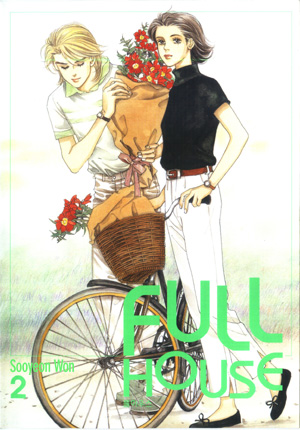 In the aftermath of their engagement party, Ellie and Ryder progress from passing angry notes to bickering openly in the privacy of their newly shared home. Despite their mutual show of antipathy, they are unmistakably drawn to each other—Ryder to Ellie’s fearlessness and self-confidence, and Ellie to Ryder’s surprisingly considerate nature. Any hint of potential romance is nipped quickly in the bud, however, by the reappearance of Ellie’s ex-boyfriend, Felix, who turns up on their doorstep begging for forgiveness. Determined not to play the fool, Ryder uses his next film shoot as an excuse to stay away from Ellie and her resuscitated relationship, but when an opportunity arises for him to uncover her true intentions regarding Full House, he finds himself pursuing her in an unexpected fashion. 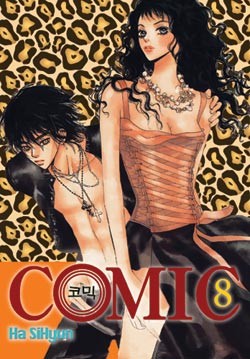 Picking up immediately where volume seven left off, Patrick and Alice impulsively seek each other out in a last-ditch effort to rescue their relationship. Unfortunately for Patrick, it is in this crucial moment that he discovers just how much his single lie has cost him. Despite her desperate desire for Patrick, when Alice finds herself stranded in the rain with only enough change for one phone call, it is Neil she banks on as the reliable choice. Truthfully, she’s not wrong. Neil turns out to be the ideal boyfriend—attentive, affectionate, playful, kind—all the things Patrick never was, even at his best. 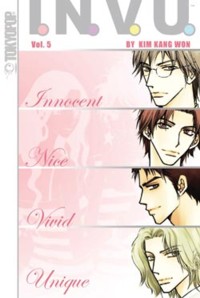 I.N.V.U., Vol. 5 | By Kim Kang Won | Published by TOKYOPOP | Rated T (13+) – After the unfortunate ramen incident involving Rea’s “borrowed” designer dress, things come to a head for her at home when Youngjun unknowingly outs her as an aspiring model to her family. Rejected by her father for her ambitions, she loses her home but unexpectedly gains an opportunity in the fashion business. Meanwhile, Sey is finally warming up to Siho (though not quickly enough to satisfy him) and Jae Eun’s crush on pastry chef Simon may not be a lost cause after all! This volume’s heavy drama, however, comes when a well-meaning neighbor shares one of Hali’s magazine spreads with Hali’s mother, forcing her to temporarily face the reality of her son’s death. This reality check sends her into a fit of violence against Hali, sending Hali straight into the arms of her teacher and reluctant suitor, Hajun.

I.N.V.U. is unapologetically soapy and certainly over-the-top, but this volume strikes an unusually nice balance between soap opera drama and real inspiration by putting Rea in the spotlight and giving her a genuinely realistic job in the fashion business—something that could easily lead her towards a satisfying career. Though the drama with Hali and Hajun is given more page time, it is Rea’s fortune that drives this volume, lending it some real (and unexpected) sparkle. It helps, too, that even the endless Hali/Hajun angst is forced to actually move forward, thanks to some serious manipulation on the part of Hajun’s conniving fiancée. That Hajun reacts to these manipulative moves with more maturity than he’s shown in the previous four volumes combined is a real bonus as well. Fans of boys’ love will appreciate Jae Eun’s subplot in this volume, too, as Simon makes a special request for future versions of his donginji boyfriend.

Five volumes in (and after a second multi-year break) I.N.V.U. seems to finally be hitting its stride. Here’s hoping the pace will pick up for publication as well!