By Yukiya Murasaki and himesuz. Released in Japan as “Haken no Kouki Altina” by Famitsu Bunko. Released in North America digitally by J-Novel Club. Translated by Roy Nukia.

This very much feels like the 2nd part of a two-parter, and in fact I think a re-release of the series in Japan saw these two grouped as a single novel. It picks up right where the first one left off, and sometimes that can be a problem, as Altina still has a broken arm, which makes swordfighting difficult. Unfortunately, the plot is not going to wait for her to recover. There are barbarians at the gate – literally – and Regis has to come up with a plan to solve that. The Empire has sent a couple of evil inspectors to see how things are going/sabotage Regis and Altina. What’s more, they’ve been given an impossible order, to attack one of the best defended forts in the area and emerge victorious. In other words, they’re being sent off to die. Of course, there’s an easy way to get around that. They just have to win against the impregnable fortress. Easy-peasy. 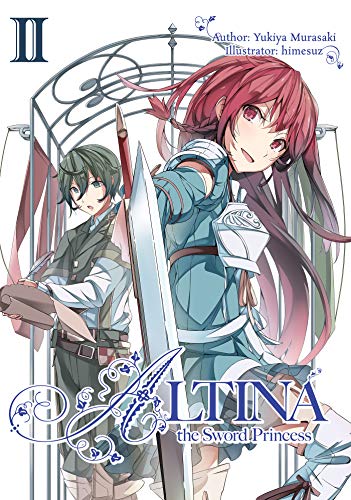 Again, the series succeeds best due to its two very likeable leads. Altina is a young, impetuous princess who nevertheless has a really good head on her shoulders, does not believe in needless killing, and knows exactly what she’s fighting for. Her speech to the soldiers as they’re about to storm the fort is fantastic, and reminds you how important the right motivation can be. As for Regis, he remains very clever and very self-deprecating – it takes moving mountains to get this man to admit that he was responsible for something good happening. He also has his amusing flaw, which is his love of books, and that leads to some excellent banter between him and Altina. They’re clearly intended to be a couple in then future, but the author has quite rightly decided not to rush things, which is fine.

There is an attempted rape in this book, from one of the evil inspectors, I will warn people. I do wish that this was not a common “show they’re evil by having them do this” plot. In addition, at the end one of the maids tries to force herself on the suddenly popular and single Regis, and that’s just as bad. Other than that, however, the book is relatively free of all the fanservice-laden exploits you might see in, oh, one of the author’s other licensed series. We also meet Eric, a young soldier who is devastatingly handsome, devastatingly earnest, and who I suspect I should be using gender-neutral pronouns in describing them, as they seem to be hiding a secret (which would be less obvious if the author hadn’t gone “did you spot that? Hmm? Hmm?” in the afterword). He makes a nice change from the rest of the soldiers, who are more like the grumpy Jerome, who seems to get constantly angry at whatever Altina and Regis do but then does it anyway.

Next time Altina will be headed back home to meet the family, and I suspect political intrigue will follow. Till then, enjoy this nice, breezy read.

By Yukiya Murasaki and himesuz. Released in Japan as “Haken no Kouki Altina” by Famitsu Bunko. Released in North America digitally by J-Novel Club. Translated by Roy Nukia.

We live at a time when most light novels are trying to get readers attention by a gimmick. It might simply be an excessively long title. It might be a premise so ridiculous that people buy it out of curiosity. It might be piling on the fanservice or ramping up the angst and violence. As such, it’s refreshing to see a series that has a normal title, a normal plot and normal characters. I’m not criticizing here: this really does feel refreshing, coming across as a simple medieval fantasy, lacking even magic (so far) and relying on its two leads to make the reader stick around. (It helps that this series began in 2012 in Japan – its title might be more elaborate were it to come out nowadays.) An overly reckless princess, a needlessly self-hating strategist, and a fort in the middle of absolutely nowhere. No bells, no whistles, and I quite liked it. It does have a very snarky maid, I will admit. But that’s all. 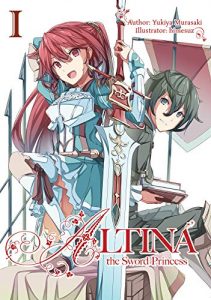 Regis is an administrative officer who’s been demoted… well, OK, reassigned… to the northernmost provinces after a tragic battle that saw his mentor get killed. He is quick to take all the blame on himself, and in fact has a case of self-hatred that seems ridiculous and one suspects stems from some childhood issue. Once near the area, he finds, to his horror, that books up north are rare and expensive – he’s also a book nut. Fortunately, he runs into a girl headed to the fort who can take him there on her coach. Given she asks him to call her Altina, the reader is not in the dark about her identity, but Regis is, at last till they run into a blizzard and are attacked by wolves. So he’s met the princess and settled in… but can he get anything accomplished? Especially as no one at the fort takes Altina seriously?

This is by the author of How NOT to Summon a Demon Lord, which worried me briefly, but it seems the author is quite good at writing to his intended audience. There’s a brief scene of Regis walking in on Altina changing, but that’s about all, and the fact that she’s fourteen, and thus too young to think of romantically, is constantly in his head. Which is good, as I think they both need to mature a bit. Regis desperately needs to have some good things happen to him to get rid of the “everything I do sucks” mentality, and Altina is going to get herself killed one day by her impetuous behavior. Her final battle with the fort commander, which has “if I win, you listen to what I say” as the prize, is very nearly a savage beatdown for her, and she’s saved mostly by her ludicrous sword (which, to be fair, is wielded by her ludicrous strength).

There’s clearly a lot of backstory here, some of which is given in this volume, involving the empire and its current power struggles among the sons and daughters. Altina’s goal of “don’t get married off to become a trophy wife” is a good one, and I look forward to seeing more of the family in future volumes. There’s nothing in this book that really knocks it out of the park or anything. But it’s a very solid read with likeable flawed people, and the flaws don’t irritate. Definitely getting more of this.