SEAN: The heavy part of January has passed us by, but there’s still lots of titles still to go.

SEAN: No print for Airship this week, but we do see a 4th volume of Survival in Another World with My Mistress! in early digital.

Ghost Ship has Into the Deepest, Most Unknowable Dungeon 5. 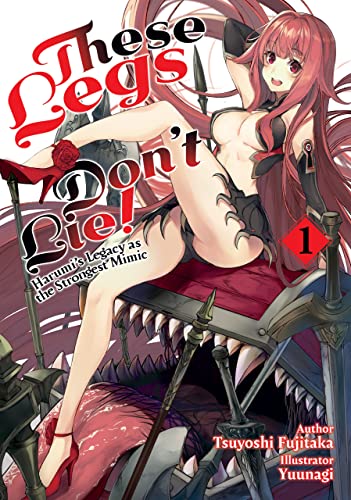 J-Novel Club has a debut. These Legs Don’t Lie! Harumi’s Legacy as the Strongest Mimic (Bikyaku Mimic, Harumi-san: Tensei Monster Isekai Nariagari Densetsu) stars a young woman who seems to have been reincarnated as… a mimic? One of those treasure chests that’s really a trap? Fortunately, she’s essentially Fantasy Betty Grable.

ASH: Wait, do mimics even have legs?

SEAN: Also from J-Novel Club: Ascendance of a Bookworm 23, Full Clearing Another World under a Goddess with Zero Believers 6, Housekeeping Mage from Another World: Making Your Adventures Feel Like Home! 4, A Late-Start Tamer’s Laid-Back Life 5, and VTuber Legend: How I Went Viral after Forgetting to Turn Off My Stream 3.

Kodansha has another print debut of a former digital only title: A Condition Called Love (Hananoi-kun to Koi no Yamai). It’s a Dessert title, about a girl who ends up going out with a popular guy after his messy breakup with someone else. But is she just a rebound, or something more?

MICHELLE: I started this digitally but didn’t get far, so I look forward to the opportunity to pick up with the print edition. This is by Megumi Morino, who also did Wake Up, Sleeping Beauty.

ASH: Oh! I did enjoy what I read of that series.

SEAN: Also in print: Blue Period 12, Noragami Omnibus 3 (Vol. 7-9), Wave, Listen to Me! 9, and the final 27th and 28th volumes of Yamada-kun and the Seven Witches, a series that shows you exactly what happens when the publisher forces an artist to write more and more after it should have ended.

MICHELLE: I’ve really gotta get caught up with Wave, Listen to Me!.

ASH: I’m a couple volumes behind, but look forward to reading them. As for Yamada-kun… I’m going to have to agree with Sean’s assessment. Which is a shame since the earlier part of the series was so good.

SEAN: Digitally we get Burn the House Down 8 (the final volume), A Couple of Cuckoos 9, DAYS 33, The Food Diary of Miss Maid 3, Gamaran: Shura 4, Getting Closer to You 4, Saving Sweets for After-Hours 3, and Tying the Knot with an Amagami Sister 6.

MICHELLE: Burn the House Down looks intriguing. I shall soon undertake a binge! 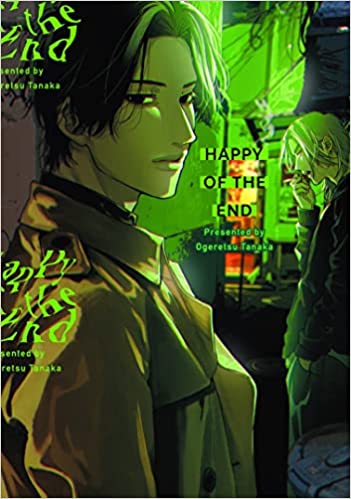 SEAN: KUMA has a debut: Happy of the End, a BL series from Qpa. A man wakes up lying on garbage with another man hovering over him. Then the memories return… weren’t they in a punch-up fight the day before?

MICHELLE: This one has a very pretty cover!

SEAN: Seven Seas has some debuts. My Secret Affection (Kimi no Koto ga Suki de Ienai) is a shoujo title from Dessert. After a meteorite fall 30 years earlier, everyone now only falls in love with the same sex. Except our heroine! Can she hide the fact that she’s cishet from her childhood friend and crush?

MICHELLE: Definitely going to wait for others’ reviews on this one.

ASH: Hmmm. I could see this premise being handled really well or really, really poorly.

ANNA: Same, I guess it certainly has a unique premise?

SEAN: Sword of the Demon Hunter: Kijin Gentōshō is a supernatural title from Monthly Action and is based on the light novels Seven Seas is also releasing.

SEAN: In addition, Polar Bear Café: Collector’s Edition is a re-release of the popular series with additional color pages.

SEAN: On the danmei novel side, we get The Husky and His White Cat Shizun: Erha He Ta De Bai Mao Shizun 2.

ASH: Speaking of novels I haven’t had a chance to read yet…

On the manga side, we see The Dragon Knight’s Beloved 4, DUNGEON DIVE: Aim for the Deepest Level 4, I Got Caught Up In a Hero Summons, but the Other World was at Peace! 5, Let’s Buy the Land and Cultivate It in a Different World 2, MoMo -the blood taker- 3, Thunderbolt Fantasy Omnibus II (the final volume), and Yokai Cats 2.

Square Enix Manga has Beauty and the Feast 6, The Strongest Sage with the Weakest Crest 10, and Suppose a Kid from the Last Dungeon Boonies Moved to a Starter Town 7.

ASH: Good to see Titan Books on the list!

SEAN: Lastly, from Viz Media we get How Do We Relationship? 8 and My Hero Academia: School Briefs 6.

ASH: A small showing from Viz this week, but I’ve really enjoyed what I’ve read of How Do We Relationship? so far.