SEAN: August is here. Still hot. But now hot in August rather than July!

ASH: I’m not sure it’s allowed to be August yet.

SEAN: Yen On has two debuts. Chronicles of the Hidden World: How I Became a Doctor for the Gods (Kakuriyo Shinjuuki: Isekai de Kami-sama no Oisha-san Hajimemasu) is a fantasy isekai where a girl is reincarnated in “ancient Japan but with magic”, and quickly finds an affinity with the world’s gods.

The other is a one-shot, Tower of the Sun, the latest from Tomihiko Morimi, author of Penguin Highway and The Night Is Short, Walk On Girl. It seems to share themes with the latter, not uncommon with this author. A guy who’s been dumped mopes through Kyoto. This was his debut novel!

ASH: I am so happy to see more of Morimi’s work being translated! 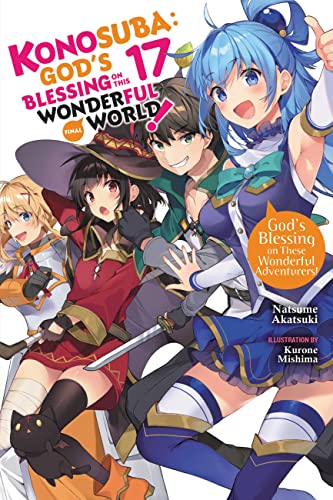 SEAN: There’s also the 17th and final volume of Konosuba: God’s Blessing on This Wonderful World! and Strike the Blood 21.

Two debuts from Yen Press as well. The Beginning After the End is a webcomic that’s been collected by Yen, based on a long-running novel series. A king dies and is reincarnated in a world of magic and monsters.

The Other World’s Books Depend on the Bean Counter (Isekai no Sata wa Shachiku Shidai) is a BL isekai manga from B’s Log Comic. A workaholic salaryman is summoned to another world… and continues to be a workaholic salaryman. But he catches the heart of a knight!

ASH: I’ll admit that BL isekai interests me more than most other isekai.

SEAN: Also from Yen: Bungo Stray Dogs: Beast 3, I’ve Been Killing Slimes for 300 Years and Maxed Out My Level 9, Love and Heart 5, My Youth Romantic Comedy Is Wrong, As I Expected 18, Overlord: The Undead King Oh! 8, The Splendid Work of a Monster Maid 3, and Toilet-bound Hanako-kun 14.

ASH: I really need to catch up on Toilet-bound Hanako-kun.

SEAN: It’s almost time for the anime to return, and the shippers are getting ready to doxx and destroy everyone’s lives all over again. It can only be Bleach. To celebrate, Viz is releasing Bleach 20th Anniversary Edition 1, which features cover art showing the original Shonen Jump cover. Despite the Vol. 1, this seems to be a one-off. 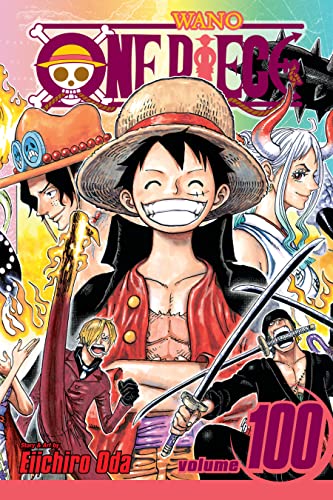 SEAN: Viz also has One Piece Volume 100! Only 101 more volumes to go before it catches up to KochiKame.

And also Dragon Ball Super 16, Kaguya-sama: Love Is War 23, The King’s Beast 7, Moriarty the Patriot 8, and Snow White with the Red Hair 20.

ANNA: Yay, I need to get caught up on so much.

SEAN: Udon Entertainment has the 4th, 5th, and 6th volumes of Summertime Rendering, which wraps up the series, as these are omnibuses. they’re out in paperback and hardcover.

ASH: I’ve heard good things about the series, but have so far failed to start actually reading it. Need to get on that!

SEAN: Tokyopop has stopped updating its website for some reason, but should have Assassin’s Creed Dynasty 4.

Titan Books have Junji Ito Collection: A Horror Coloring Book, which speaks for itself, really.

SEAN: Seven Seas debuts The Girl From the Other Side: Siúil, a Rún Deluxe Edition, a 3-volume omnibus in hardcover for the gorgeous and bittersweet (more bitter than sweet, really) fantasy series.

ASH: I’m happily double-dipping for this.

Also, last week, KUMA released the first volume of Canis: Dear Hatter, which I missed because I suck. I assume it is related to Canis: Dear Mr. Rain, which came out a couple of years ago.

Kodansha, in print, has the 2nd and final omnibus of Devil Ecstasy and Sailor Moon Naoko Takeuchi Collection 3. 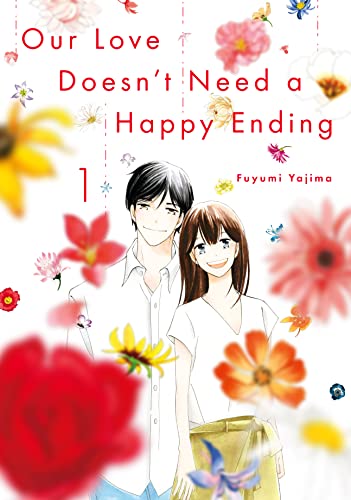 Digitally the debut is Our Love Doesn’t Need a Happy Ending (Boku-tachi no Koi ni Happy End nante Iranai), the story of a college guy who’s in love with his classmate… but has to decide whether to confess of not when she reveals that she’s dying. This josei title ran in Kiss.

SEAN: Also digital: The Abandoned Reincarnation Sage 4, Changes of Heart 4, Chihayafuru 33, Desert Eagle 2, I Was Reincarnated as the 7th Prince so I Can Take My Time Perfecting My Magical Ability 6, Kounodori: Dr. Stork 26, and My Wonderful World 2.

Digital items from J-Novel Club include An Archdemon’s Dilemma: How to Love Your Elf Bride 14, the 6th and final volume of Arifureta Zero, By the Grace of the Gods 11, Chillin’ in Another World with Level 2 Super Cheat Powers 6, The Great Cleric 9, the 5th manga volume of My Instant Death Ability is So Overpowered, No One in This Other World Stands a Chance Against Me! —AΩ—, and the 3rd manga volume of Reborn to Master the Blade: From Hero-King to Extraordinary Squire ♀.

ASH: I can’t quite tell if that’s a lot of titles, or just a bunch of long titles.

ANNA: What if it was all one single title? 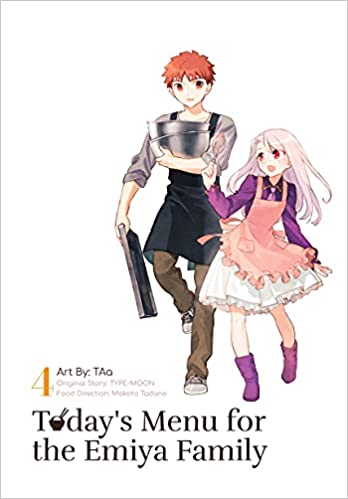 SEAN: Denpa has the 4th volume of Today’s Menu for the Emiya Family. Actually, this came out last month, but I have to use Amazon’s release dates as Denpa hasn’t updated its own site, and Amazon hasn’t shipped it yet. But it’s out everywhere BUT Amazon.

Airship, in print, has Failure Frame: I Became the Strongest and Annihilated Everything With Low-Level Spells 4.

In early digital the debut is Though I Am an Inept Villainess: Tale of the Butterfly-Rat Body Swap in the Maiden Court (Futsutsuka na Akujo de wa Gozaimasu ga – Suuguu Chouso Torikae Den), the story of a consort who ends up body swapped with her rival, then thrown in prison. But she couldn’t be happier – after years of illness, she has a healthy body at last! This has recommendations from both the Bookworm *and* Apothecary authors, so is highly anticipated.

SEAN: And they’ve also got Berserk of Gluttony 7.